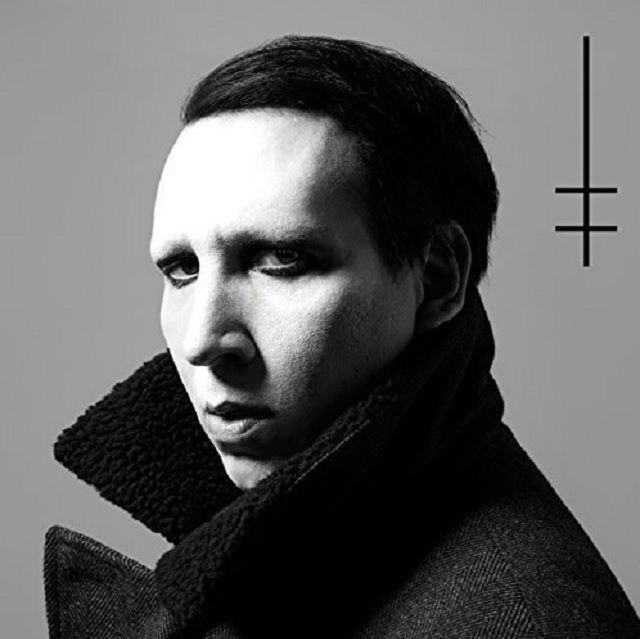 As a massive Manson fan I have become slightly jaded by the hype that surrounds every album he has released since Holywood and even more so after the balls up that was the release date of the then titled album ‘Say 10′ on valentines day this year. With less than a good albums worth of collective songs from any outing since the aforementioned Holywood. Unfortunately this album is not very different, he remains about as edgy as your mum’s old leg razors and at times feels a bit like he is parodying himself, so safe to say I wasn’t expecting much. ..and weather that’s good or bad, he delivered. The first two singles ‘WE KNOW WHERE YOU FUCKING LIVE’  a repetitive affair aimed lyrically I would assume aimed at the younger fan? Full of misplaced angst and then ‘kill4me’ left a bitter taste in my mouth before even checking the album out as a whole.

The tracks sounding contrived and at times and sounded like a guy that was out of ideas, unfortunately the majority of heaven upside down follows suit with “tattooed in reverse” a slow burning plodding track which quickly had me skipping it. The saving grace on here is ‘Say10’ with some Antichrist Superstar -esq qualities but again lacking that edge he has been missing for a long, long time. Over all its not a bad album but by no means up there with any of the best….or even the mediocre. Weather it is the more obviously pop production and lack-luster vocal performance this one failed to impress. C’mon Manson stop waring with Justin Beiber on twitter and channel some of that anger, hate and sadness from the last year or so into something a bit more….well Marilyn Manson sounding. But with increasing less good albums than bad. I’m not sure “the god of fuck” has it in him anymore, which is a damn shame.