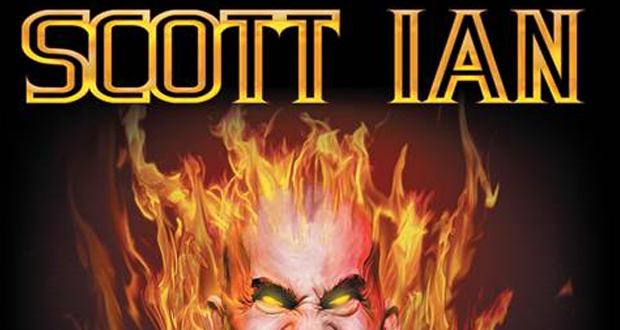 “I thought this day would never come! My talking show is finally out for all to see! I guarantee that this show will make you laugh. Guarantee! Who does that? Also, here’s a new drinking game; invite your friends and have a sip every time I swear. No driving after! Have fun!” – Scott Ian

Scott Ian the guitarist, lyricist, backing vocalist, and the only remaining original founding member for the thrash metal band, Anthrax. After decades-worth of international touring with Anthrax… ‘Swearing Words’ is an honest look at the insane life that Scott has led for the last 31 years, the people he’s met, and the events that coincide.

Scott has found a new innovative way to reach an audience, he simply shares his stories with fans on his tour. He certainly has a talent for speaking, and being able to tell a story that you can really visualise. One thing that certainly RAMzine aims to do, and something we really respect is new ways for music history getting documented and then presented. This is really important as it teaches the new, and lets the older generation reminisce. It keeps Rock and Metal alive, and it’s very exciting to hear about!

This DVD would certainly make a good Christmas present for any Rock and Metal fan, they don’t have to be a huge Anthrax fan to appreciate Scott’s stories. He talks about his experiences first meeting Lemmy, and it’s quite funny! His words are nicley illustrated on the screen behind him, which really adds to your understanding of his crazy sequence of events.
The thing that struck me most with this DVD is Scott’s recollections of Dimebag Darrell, he really gives you an insight into Dime’s personality. He tells it very well, it certainly made me feel like I knew them a little more. I hope to hear more from him Scott in the future, as he probably as a lot more great stories to tell.

The Swearing Words in Glasgow DVD is a full performance recording, filmed towards the end of the tour run in Glasgow, Scotland, and is being funded by a wildly popular PledgeMusic campaign, which surpassed its goal with the help of gracious and dedicated fans!

Scott Ian’s ‘Swearing Words in Glasgow’ is out now via Megaforce Records! 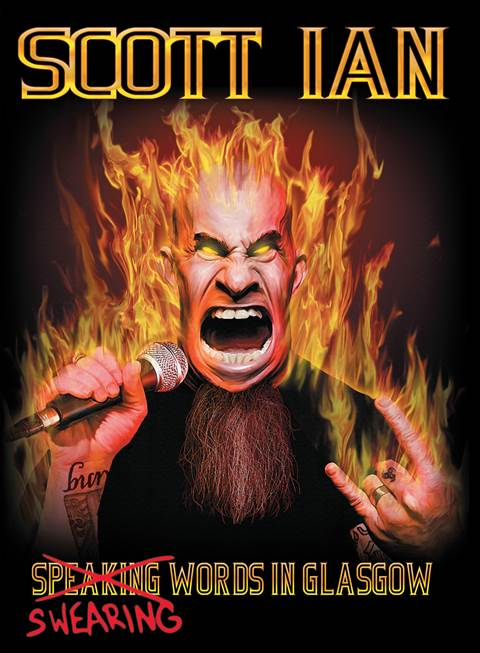