Review: Will Haven – Open the Mind to Discomfort 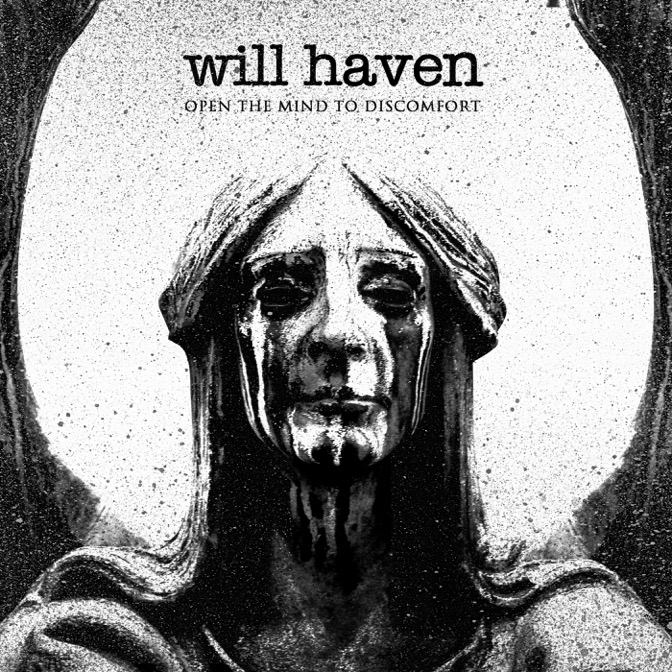 There is music that is meant to be free. To be played in big open fields, among the sun and the flowers. Then there is stuff that is meant to be locked away, played in dingy clubs in front of angry people who just want to bang their head and exorcise their demons. Will Haven are very much in the latter camp and with their return on new EP, Open the Mind to Discomfort, they exorcise a whole new host of terrors.

This EP feels made for those environments. It is dripping in a dark and dreary atmosphere that speaks more of pain and suffering than it does puppies and rainbows. This is true from the opening of ‘Soul Leach’, which shudders into life with Grady Avenell’s strained vocals. He sounds like a man who is genuinely in pain and in among the slow sludgy riffs he is the stand out. ‘Do You Have a Light’ continues at the same pace, allowing the atmosphere to build even further. This album feels evil and it is all the better for it.

In fact, that pace is maintained throughout most of Open the Mind to Discomfort and plays a big part in its success. The slow, measured approach makes every beat and every note settle for just that little bit longer and builds the feeling of unease that Will Haven are going for. They’ve mastered the art of cutting things back in order to allow them to be all the more devastating.

If there is a criticism, it is that out of these nine tracks five of them are atmospheric buffers, short pieces of music that break up the flow of the actual songs. They do contribute to the feeling that runs throughout the EP, but by your third or fourth listen you’ll probably just find yourself skipping past them. However, as ‘The Comet’ comes crashing in with all the heaviness of Cthulu behind it, it is hard to really complain.

Will Haven write music that is fueled by anger and yet it never stops being wonderful to listen to. This EP is a crafted piece of work, which takes you on a journey into some dark and fucked up places, but it is a journey that you end up more than happy to come along on.