Seventeen, an album with the sort of quality music KAYAK have long been associated with 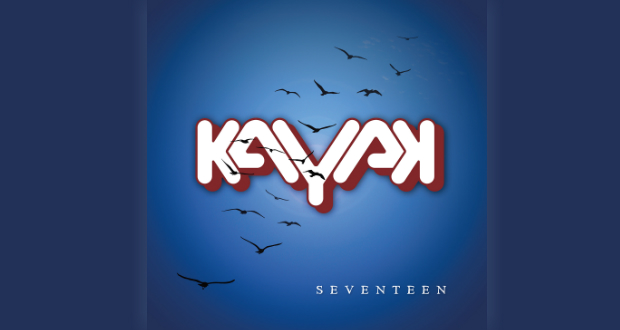 Kayak are a pop / symphonic / prog band from Holland who, in one form or another, have been in existence since 1972, with the occasional year or few absences in-between their albums. However, despite the band not being as active as it once was and the frequent changes to their line-ups, nonetheless, they’ve been able to attract and maintain a very loyal fanbase across the world. Alongside Focus, they’re arguably the only band from the Netherlands to make a lasting impact on the music scene.

Ton Scherpenzeel and Pim Koopman wrote most of Kayak’s music back in the day, which is sadly no longer the case as Pim sadly crossed over the bridge into prog heaven in November 2009, leaving Ton as the only original and main songwriter.

With the release of their latest album, Seventeen, despite an almost completely new line-up from the band which made their previous studio album, Cleopatra, Kayak is attempting to reclaim its position in the prog rock world. Why a change of personnel? Ton said, “the old band was great but its life-cycle had come to an end”. But with Ton still calling the shots, Seventeen remains impressively Kayak, irrespective of who’s playing and singing what. As a band Kayak always aimed for music of the highest quality, and they’ve maintained the standards on this quite sparkling new release, offering up some quite challenging music.

The new album itself contains twelve songs, nine of which are relatively short pieces of around three to four minutes which show the versatility of the musicians now in the band. ‘Catch Me I’m Falling’ is a sentimental sounding track almost reminiscent of the Jefferson Starship, whereas ‘Feathers & Tar’ is a rock track with some lovely harmonies. Prog guitar legend, Andy Latimer, lends his skills to ‘Ripples On The Water’, the only wholly instrumental tune on the album.

But, since the essence of the band is progressive, it’s the three lengthy tracks which allow Kayak to stretch out and give full expression to their prog and symphonic juices. The three tracks, ‘Walk Through Fire‘, ‘Cracks’ and ‘Le Pelegrina’ are at once bombastic, epic and full of the tasteful, classy and accomplished music the band have made their name playing. Full of changing moods and tempos, with lovely interplay between guitars and Keyboards.

Seventeen is an album with the kind of quality music Kayak have long been associated with and for any fans of well-played complex, yet accessible music, this is an album worth investigating.