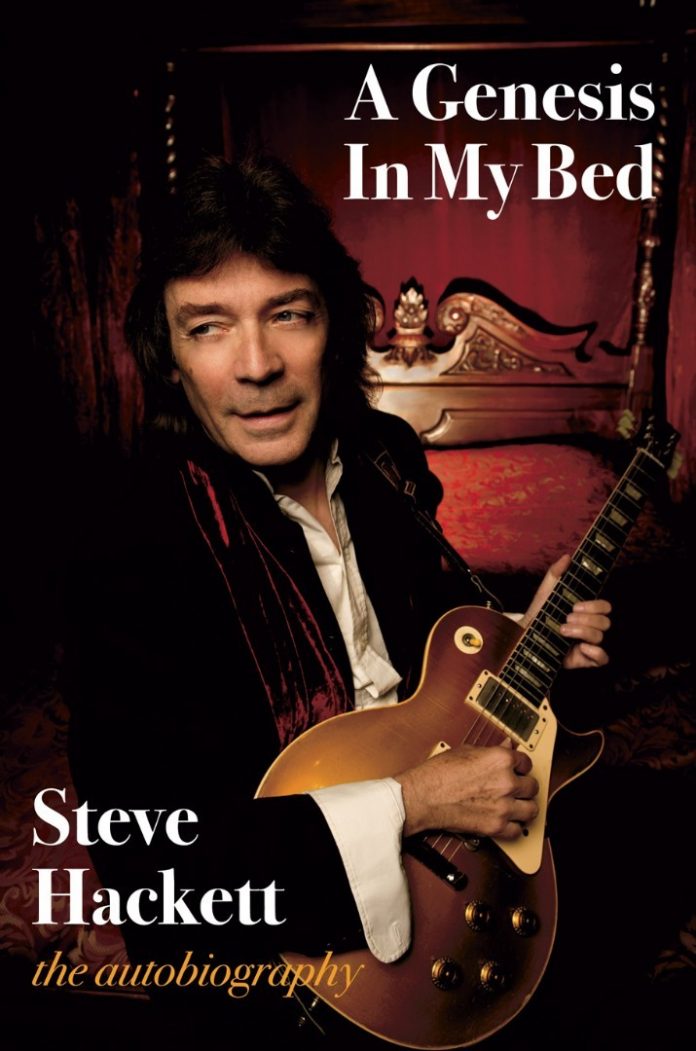 In the book we learn that Hackett, after successfully auditioning for Genesis in 1970, was initially unsure about whether to join the band. However, a chance encounter with a friend in a Chelsea pub convinces him to go for it. It’s interesting to ponder how seventies prog might have evolved without the crucial contributions of Steve Hackett. He later left Genesis in 1977, just as Phil Collins had moved from the back of the stage as drummer to the front of the stage as new vocalist (though refusing to wear a red evening dress and a fox’s head!) at the juncture where Genesis was moving towards the centre of the road. In doing so, they became one of the biggest bands in the world — remaining so to this day.

But, had Hackett stayed with Genesis, might we have been spared the album We Can’t Dance? These are among the more intriguing questions about Genesis for which there will probably never be answers. So, why did he leave Genesis at a time when they were one of the world’s biggest bands and engaging in money-spinning tours ? A Genesis In My Bed attempts to answer these questions and several others. He takes us through learning his chops after being given his first guitar by his father, as well as his teenage years in the late sixties when, living close enough to Hyde Park, he attended many of the epic free concerts. This allowed him to see early iterations of Pink Floyd and Jethro Tull, amongst others.

Genesis was already an established band by the time Hackett joined. In the early to mid-seventies there were the initial bursts of artistic creativity, producing epics like the album Selling England by the Pound and the song ‘Supper’s Ready. However, personal autonomy doesn’t always sit easily alongside inevitable band compromises and so, gradually, he experience the frustrations of having music he had composed not even considered by the band — this sowed the seeds for his decision to walk away. This comes to a head when after experiencing success with his first solo album, Voyage of the Acolyte, he’s told by two members of the band that they’d rather he didn’t make any more solo albums.

Thus, while the tracks for their ‘live’ album Seconds Out are being put together, he walks away — as he puts it, “to become the captain of his own ship.” The late seventies and the eighties see Hackett attempting to establish himself as a solo act and, despite all the success and the kudos achieved as a solo artist, we discover all the knocks and setbacks he took through the punk years. In the press, magazines like NME were openly hostile to his music, and additional challenge was faced with a changing music business and the onset of MTV.

Nonetheless, despite everything, as the noughties progressed it revealed that you can take the boy out of Genesis but not vice-versa. Thus, Hackett explains why, despite his success as a solo artist, some of the music he contributed to Genesis still constitutes ‘unfinished business.’ This also serves to explain why why he has become the keeper of the Genesis flame with Genesis Revisited 1 and 2, producing several successful tours that captured the spirit of seventies Genesis.

A Genesis In My Bed comes across as though you’re talking to Hackett himself. It’s open, it’s honest and very endearing. He certainly has a story to tell about a life well lived and he tells it well, but if you’re looking for sordid details, you’ll need to look elsewhere .. and, yes, the enigmatic title is explained. For prog fans of a certain age, or if you just want a good story about a skilled musician, this book comes highly recommended.

A Genesis In My Bed was released in 24th July.