The Anchoress bares all on raw new album 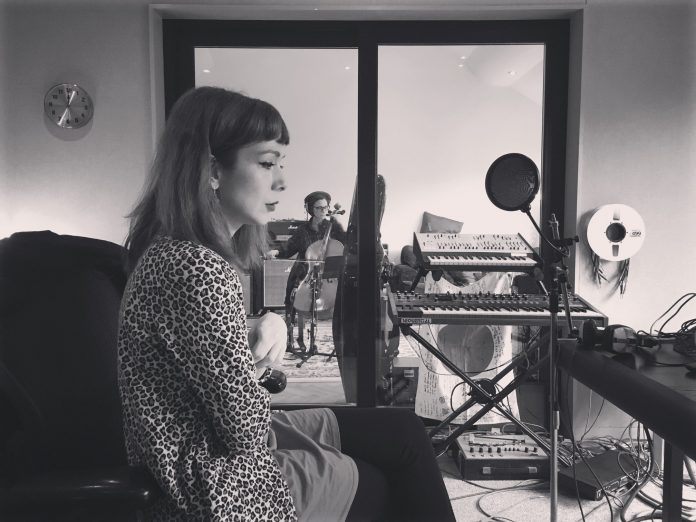 For the uninitiated, The Anchoress is Catherine Anne Davies, a welsh songstress and multi-instrumentalist whose 2016 debut album, Confessions of a Romantic Novelist, announced a major new talent on the scene, with the album attracting considerable kudos from critics, the album itself being described as ‘Kate Bush’s Hounds of Love for the twenty-first century’ and Prog magazine nominating her as ‘best newcomer., but she’s much more than a prog singer. She defies pigeonholing, her music gliding through the styles, from full-on intensity to light and, on The Art of Losing, she vocalises about the things women still have to talk about after all this time, and the lyrics on the album are drawn from feelings arising from her own life experiences. Such as on the emotionally powerful ‘5 am,’ where, after a melancholic intro and gentle piano and cello backing, she sings a horror story about sexual assault .. ’red red blood dripping on the carpet, and I can’t speak’.. and the resultant visit to the hospital afterwards. On the track ‘Show your face,’ with its theme of toxic masculinity, she expresses her indignation at people who protect abusers .. ‘you’ve got a nerve to show your face, after what you did.’

The title of her new album is derived from an ironic poem by Elizbeth Bishop, the irony coming from the notion about grief becoming easier to bear with practice … ‘The art of losing isn’t hard to master.’ And she certainly knows about grief, In the past few years, she lost her father to an aggressive brain tumour, underwent treatment for cervical cancer as well as suffering a couple of miscarriages. From all her experiences, she’s fashioned an album where she attempts to make sense of it all, and evolve something from the situation, and as an album, it’s lyrically extremely thought-provoking and musically very haunting. On tracks like ‘Paris’ and ‘Moon Rise’(prelude), there are no words, but the emotion felt through the album comes across very starkly. And, when she does use words, they have an impact. On the title track, ‘The Art of losing,’ she sings ..’How much more can she take, one more child, one more rape…’ and the effect is chilling. ‘Let it Hurt’ begins with the lines … ‘Ouch, this is going to Hurt.‘

On a first listen, The Art of Losing impacted on me in a way few others have with its emotive power. It’s an album about one woman’s attempt to ascertain some meaning in what she’s experienced in her life, and how she can move forward, and she expresses her emotions with an amazingly soulful and expressive voice. This isn’t easy listening but, as The Anchoress herself says, “There’s actually something really joyous about listening to dark records.” It would be interesting to know if any man could write an album like this?