Thy Art Is Murder ‘Hate’ 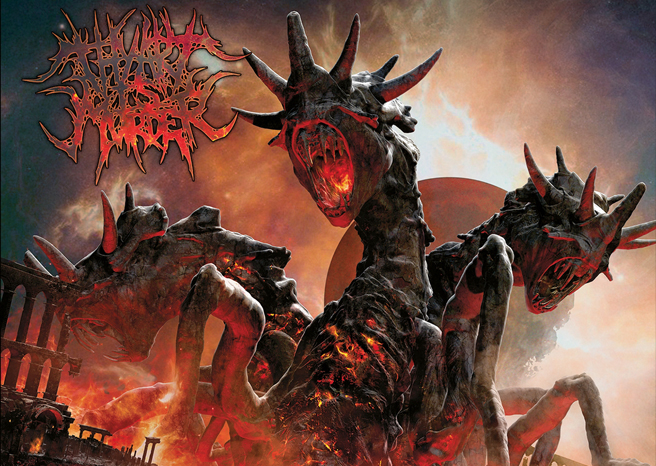 Despite being one of it’s longest standing sub-genres, death metal has always lurked on the periphery of our culture like that weird kid at school who sat on his own pulling the wings off flies and then later turns out to be a serial killer. Nonetheless, the very presence of Thy Art is Murder shows that there are some youngsters out there who are willing to take up the mantle of those who have gone before them and play some of the heaviest, most gnarly, most violent music that has ever been created. 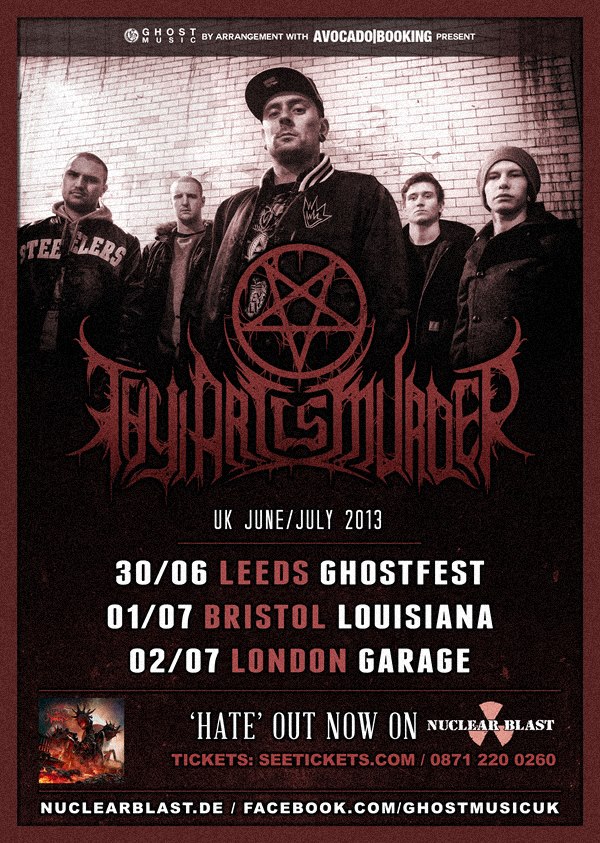 Thy Art is Murder have been described as deathcore. But to me this is more than simple deathcore, or less as it were. What sets these guys apart from other, not too dissimilar bands, is the bounce. Bands like Upon a Burning Body or The Acacia Strain are downtuned to a similar tone, but their music has the “core” element, the bounce and groove of hardcore mixed in with the death metal mentality. There is very little “core” in this album.

Quite simply, this album is heavy. Like, REALLY heavy. These gents are exstreamly technically gifted. Sometimes ignorant people who have never even tried to play an instrument or even listen to metal claim that it is easy to play death metal, “all you do is have a seizure on your guitar and go ‘ourgh'”. If you see any of these people, then force them to listen to Napalm Death while being hit with a large stick and asked which is more painful.

For those of you who read our recent Soilwork review, this a different kind of technical to that. This is not an always immediately obvious technicality, with the guitarists shredding up and down the neck like nobody’s business (although there is a bit of that), nor is the kind where the singer switches from clean to screaming vocals at the drop of the hat. This is the kind of technical hidden behind walls of downtuned, hard-as-nails-and-just-as-painful-to-have-in-your-ear, death metal. The blend of slower, chugging, thundering beatdowns and blisteringly fast riffs really does go to show off not just what excellent musicians make up this band, but what good songwriters. Ok yeah, being a songwriter is part of being a musician, but with so many bands seeming to just try and write the heaviest stuff possible with no thought to how it ties in with the whole album, or even the song, it’s gratifying to know that a young breed of death metal musicians is growing, and is apparently very annoyed about something…

Thy Art Is Murder ‘Hate’ is out now.