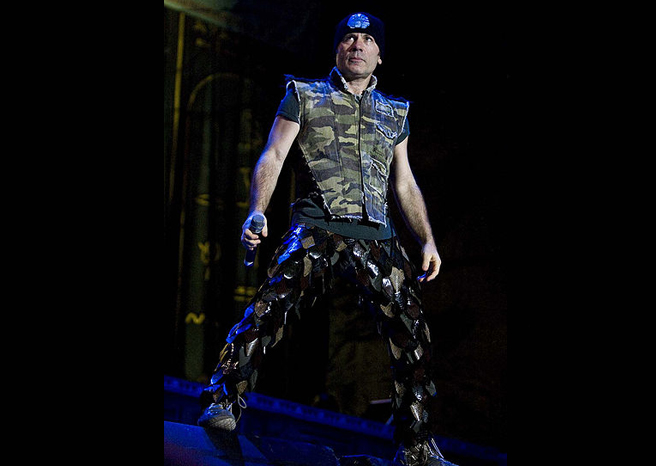 Now, I hesitate to add to the never ending feedback loop that is the internet’s response to this particular comment, I feel that the root of the problem has not been addressed. The Damned challenged Maiden to play ‘Smash It Up’ – which again, with the greatest of respect, they obviously fucking could, given the level of technical talent involved in Iron Maiden. Meanwhile, the Dead Kennedys pointed to their guitarist East Bay Ray as an example of a talented punk musician, which is a point that I can’t really argue with. But why not let a nobody like me have a crack at sorting this all out? That’s what punk is all about, right? 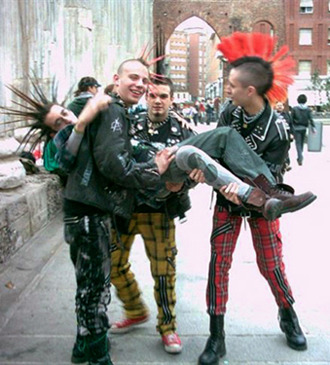 First off, the “punk musicians can’t play” argument is as old as punk itself, and only really holds up if your knowledge of the genre is limited to the cartoon-mohawked-guy-playing -3-chords-badly image portrayed in most popular media. Whilst a lot of these bands certainly did exist, I would hazard to say that they missed the point a bit. Punk started out as a movement that was about free-expression: you didn’t have to be able to play like King Crimson, but there was no rule that said that you couldn’t if you wanted to. It is for this reason that an incredible array of bands formed out of both the UK and American punk scenes that still wrote short, energetic and often politicised songs, but whose musical skills were of an incredibly high standard, regardless of the context of genre. The Minutemen, for example, played a strange hybrid of hardcore punk’s speed and funk and soul groove and complex basslines. Their rhythm section is, in my opinion, one of the greatest of all time, and their bassist, Mike Watt, is up there with Steve Harris as one of my all-time favourites. Meanwhile, in the UK, bands like Gang of Four brought the same kind of energy, delivering angular rhythms and odd time signatures with the politicalised intelligence of The Clash and the energy of The Pistols. I also find these comments to be ignorant due to the amount of time punk bands put in to writing, recording and touring. It is rumoured that DC hardcore legends Bad Brains would turn up at the rehearsal studio to practice every single day, including Christmas, and that Black Flag guitarist Greg Ginn spent his downtime when he was touring endlessly practising scales. You have the right not to enjoy the music: by design, it’s not for everyone. However, I still think a bit of respect is due for the dedication and hard work of these bands.

Another annoying thing about this comment is that it further perpetuates the unnecessary divide between punk and metal that should have died out years ago. Great things happen when the genres cross pollinate. The fact that ¾ of “the big four” have covered punk songs is proof enough that the energy of punk can inspire great things when combined with the heaviness of metal. And let’s not forget the current wave of bands inspired in equal parts by metal and hardcore, such as Nails, who make some of the most beautifully unholy dins I have heard in all my time spent listening to music. 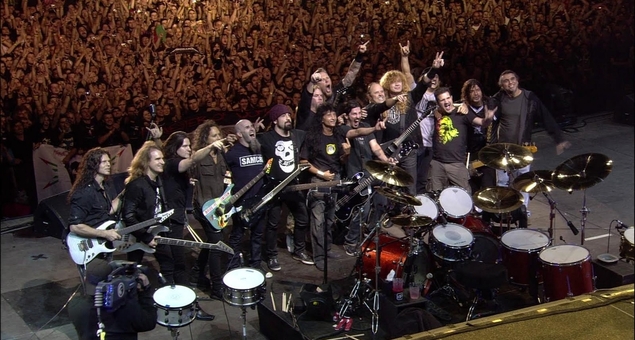 Dickinson’s comment was ultimately about metal, and his life’s work in Iron Maiden not being accepted by the “art establishment”. In all honesty, if people are too stuck up to appreciate the sheer brilliance that Maiden, and countless other metal bands, have achieved throughout their careers, then there is a problem when the establishment, and not Maiden. I mean, if a certain group of people will not accept what Maiden has achieved, then that is not a group of people that I wouldn’t want to be associated with anyway.

The bottom line is, there is no need for a divide between punk and metal. Purists from both genres will claim elitism is necessary so that the genre does not become diluted, but if you don’t want to see change, why not just listen to the classics over and over? Besides, you’ll probably find that listening to music becomes much more enjoyable when you start ignoring the limitations of genre.