When you have a birthday midweek and hit a good few pubs with friends, there is little more that can top it off perfectly than finding yourself a gig at the weekend. Mine was already pre-planned, having had the pleasure of photographing Blind River early this year supporting Grand Magus where they really left an impression, I found myself really excited seeing them announced for Bloodstock, where their enthusiasm and showmanship blew away the first performance that I has seen. I knew when they announced a free show on the Friday at The Black Heart what to expect, and I was really looking forward it.

A cracking day around London with two great mates and some awesome pubs was a great way to set me in the mood, and while we went our separate ways, I found my way to the bar in Camden ready for the nights show. Getting myself comfortable at the bar and sinking a few more pints, I had the pleasure of guitarist Dan Edwards come over, say hi and have a small chat, his own enthusiasm for the show was infectious. Vocalist Harry gives a nod hello across the bar before they scurry off upstairs to get set for the night. Having not done any homework on the support acts other than their name, I was going in blind. 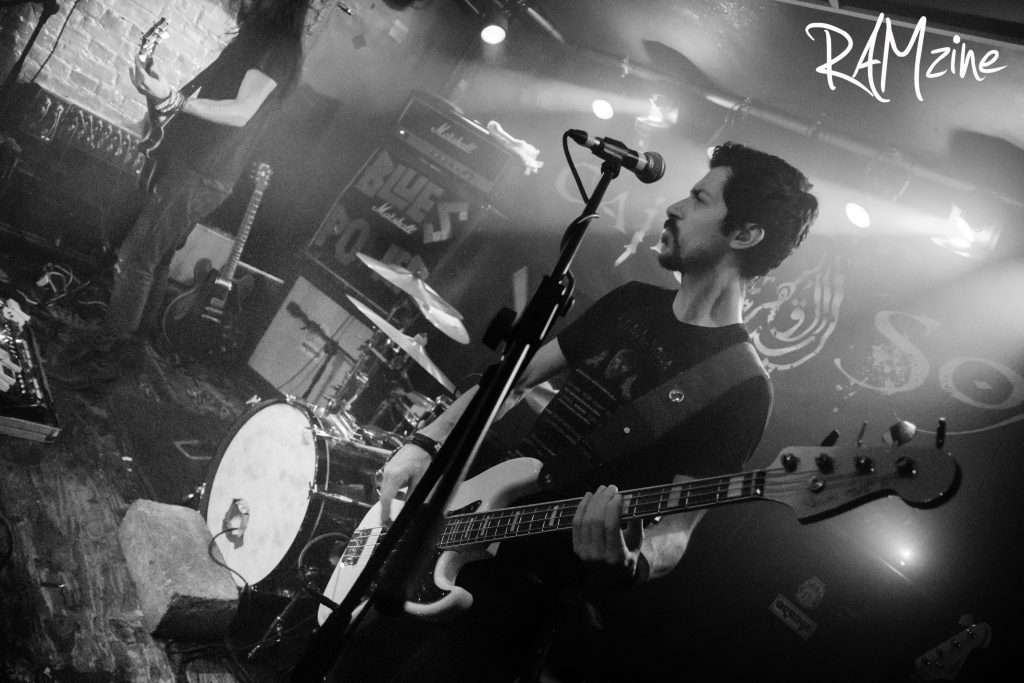 Disappointment was something I knew I wouldn’t feel that night music wise, just how far from that word the opener would be was just completely out of site. Cairo Son opened proceedings. A bluesy hard rock trio based in London. Not sounding too much out of line with the headliners, they provide a set that weaves through some splendid musicianship and are true eye opening act, sharing jokes and thanks between songs with the crowd. Matching heaviness with a soft touch, Cairo Son deserve a bigger crowd to be in attendance for what proves an awesome performance. 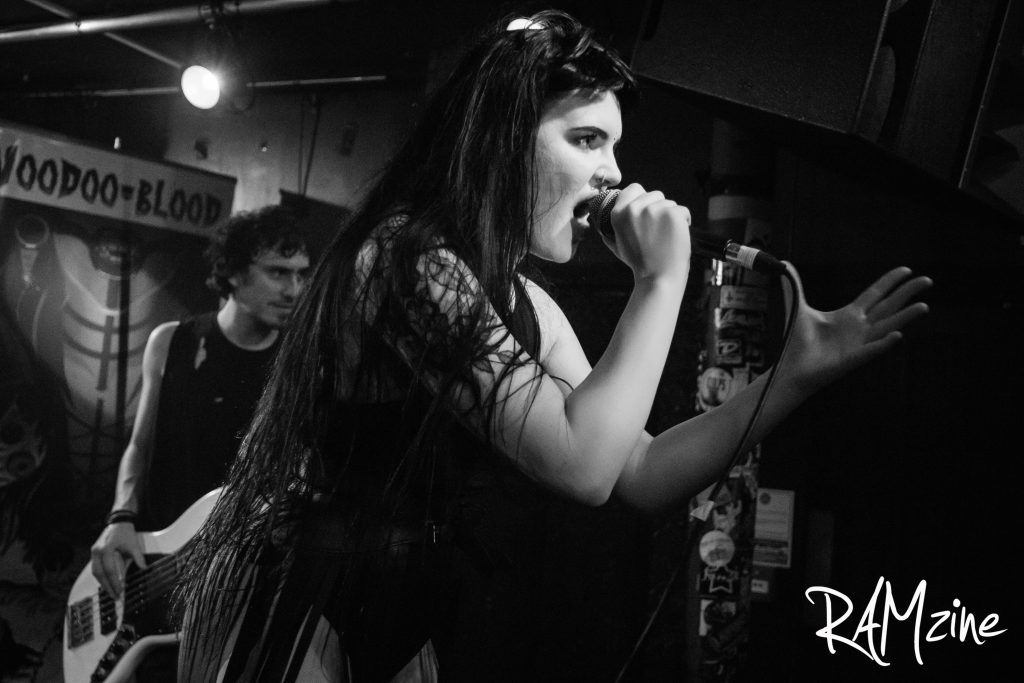 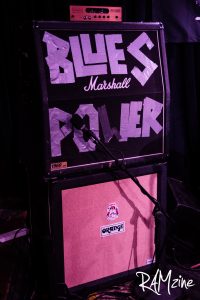 Next up, travelling much farther than any of the others are Voodoo Blood, travelling all the way down from Manchester and bringing the sounds in their own words as “Blues on steroids” or “big bad blues with balls”, they seriously couldn’t get closer. With impressive soaring power from the female led quartet, they smash any and all pre-made assumptions and ideas of what they can bring, an energetic back line with vocalist Kim making full use of the stage, and floor for that matter really drawing in the venue. I can’t imagine a single person in the venue not being drawn into their impressive display, even before any of the suggestive dancing Kim brings, she certainly knows how to get the attention in the room. With big hair, big beards and even bigger smiles, their fuzz filled music provides a time warp to when blues rock was ripe. An absolutely spectacular performance that perfectly leads to our main act. 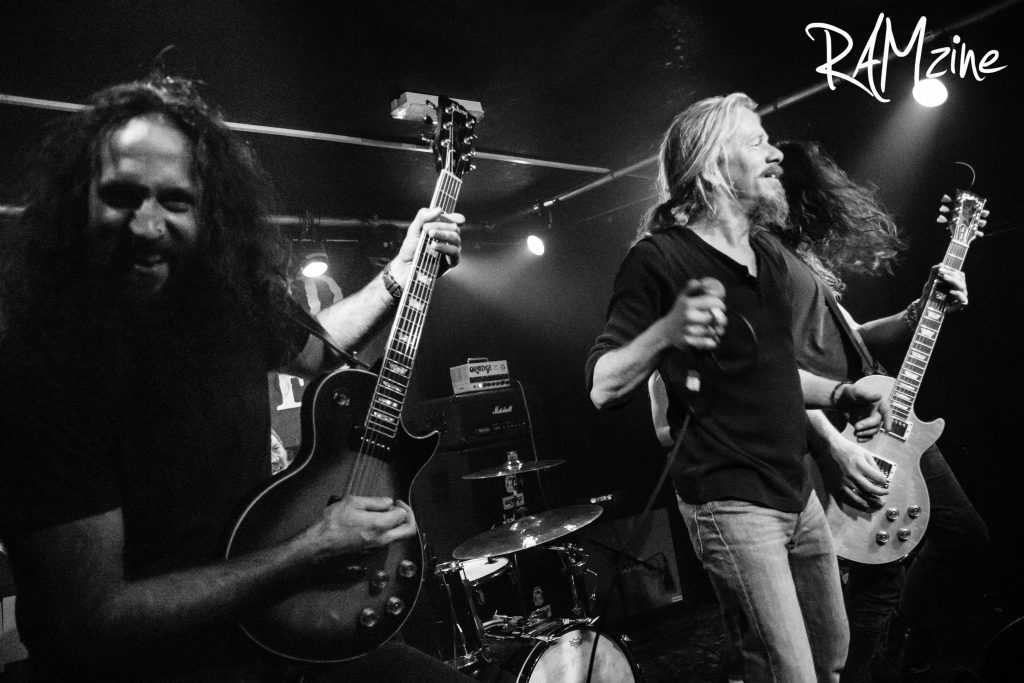 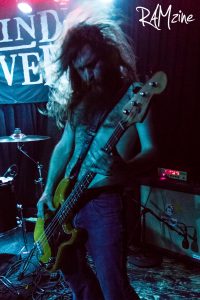 Blind River finally get themselves crammed into the tiny stage, and it seems to have been a good year for them with how the room has packed out, with recently finishing recording their debut release, all that is potentially known to the masses are their three demo released tracks. ‘Can’t Sleep Sober’, ‘Going Nowhere’ and ‘Resurrection Sister’ but matched with their live performances and good time attitude, it is more than enough to get the room moving. As they plow their way through track after track, they make sure to celebrate the two previous bands and the venue, with soft reminders that it is a free show and to not forget to support the bands merch sales, after all the pay of being a musician these days is hard to come by. As much a fan of the scene as they are a part of it, it is probably that element to them that has seem them rise and rise through the year. It is almost a shame they haven’t more material as they could have played for hours as opposed to what seems a short set. Time really does fly when you’re having fun though, and all three bands deservedly brought some fun, if only all gigs and weekends could start out like this!