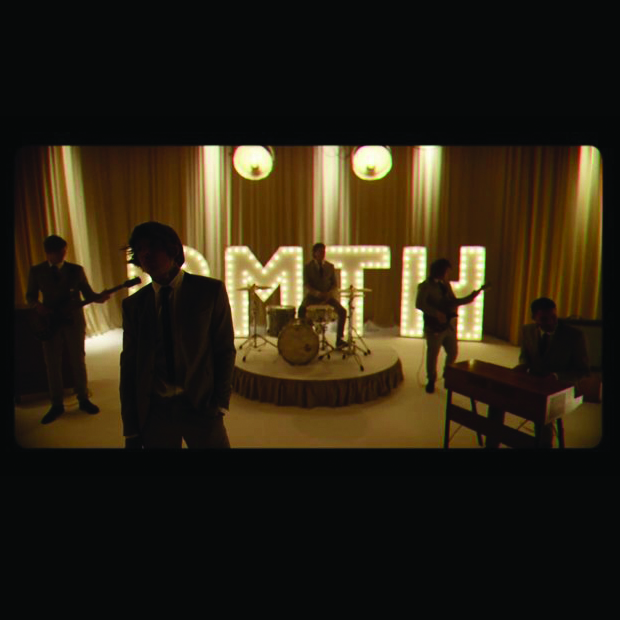 After laying complete waste to Camden’s The Underworld in front of 500 rabid punters just days earlier, Sheffield’s Bring Me The Horizon look set to take on a slightly less intimate venue tonight in the form of Wembley. Tonight will mark the final date of a worldwide tour spanning almost two years promoting 2013’s masterpiece Sempiternal. The sheer devotion directed towards these five guys is unbelievable – in fact one may even argue that it borders on hysterical judging by the number of duvet / sleeping bag clad bodies lining the walls outside the building. Word on the street is that these die-hards have been here since the previous evening despite the arctic December weather. Kudos indeed because quite frankly, RAMzine’s proverbials are ready to jump ship after the seven minute trot from the tube.

As I snake my way to the front through the Drop Dead / merch sporting crowd gathered on the floor, the excitement is fizzing harder than an exploded vat of shook up Coke and the hormones are visibly ricocheting off the walls. The house lights dim a little after 9.15 and as those beautifully haunting refrains segue into the captivating intro of ‘Shadow Moses’, the collective shit of the 12,000 plus strong crowd is well and truly lost. Smartphones are held aloft and retinas are burnt to the core courtesy of the stunning visuals on display in the background. From Oli Sykes’s very first bellow of “Can you tell from the look in our eyes / We’re going nowhere”, every single lyric is shrieked back at the frontman in frenzied unison. Sykes’s instruction for everyone to “Get the fuck up!” is promptly obeyed and bodies are instantly flying. His face is a picture of pure unadulterated joy throughout, particularly when the first shout of “This is SEMPITERNAL” echoes around the arena.

From here on in, it is balls to the wall, with ‘Go to Hell for Heaven’s Sake’ following suit and an absolutely ferocious rendition of ‘The House Of Wolves’ – during which the security personnel’s worst nightmare is realised with Oli’s request of “I want to see at least four circle pits” and that we should all crowd surf over the barrier so he can see our beautiful faces. Unsurprisingly, six pits open up in quick succession right next to where I am stood and the first of one million wall of deaths are instigated. Suffice to say the jobs-worth security fail completely in their overzealous attempts to prevent the baying throng from staying behind that magic line painted on the slick, rubbish covered floor. I am entirely transfixed during ‘And the Snakes Start to Sing’ – the musicianship is on point and cannot tear my eyes away from the swirling images of reptiles filling the screens behind the band. The vocals are delivered with earnest panache – the passion of which almost becomes too much for the band’s talisman at one point as he drops to the floor mid-note. 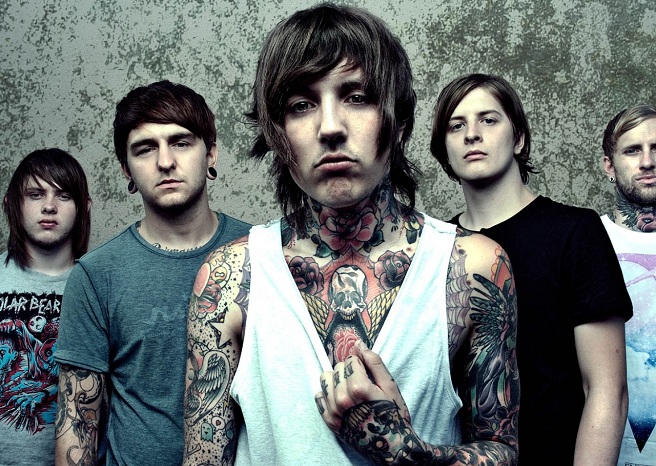 The breakneck tempo is quickly restored again with ‘Alligator Blood’ and cult favourite ‘Chelsea Smile’ (accompanied by some fairly blasphemous imagery and religious iconography) whipping all and sundry into a serious lather. I am sweating in places I never knew existed and the cacophony reaches unfathomable heights with the announcement “We are gonna play a song for you that we know you guys all wanna hear – not that we really want to play it” – and with that clue former guitarist Curtis Ward comes into view and joins BMTH for a savage run through of ‘Pray for Plagues’ from 2006 début Count Your Blessings. It may be 2014 and a world away from those former deathcore sensibilities, but this one still sounds fucking monstrous live. It is also the obvious cue for possibly the largest wall of death ever witnessed at Wembley as the beaming fans illustrate their appreciation en masse by smashing into one another with complete abandon.

A stunning setlist is wrapped up with ‘Sleepwalking’ and gloriously unapologetic anthem ‘Antivist’ (the middle fingers are up) which is embodied by those gleeful cries of “Well to that, I say you’re a cunt!” A very brief respite gives way to an encore comprised of an incredibly emotional ‘Hospital for Souls’ (Oli’s admission of “you’ve actually made me cry” is a genuinely touching moment), bombastic new track ‘Drown’ and the lush electronica drenched ‘Can You Feel My Heart’. As the band takes their collective bow to thunderous applause they invite us to throw our horns in the air whilst an on-stage photographer captures the truly special moment taking place just beyond them. This performance may very well be the highlight of Bring Me The Horizon’s career to date but after witnessing what they delivered here tonight, there’s no telling what they are capable of doing in the future. A masterclass in British metal.