Deliberations From The Shire with Mike James – Beast Modulus 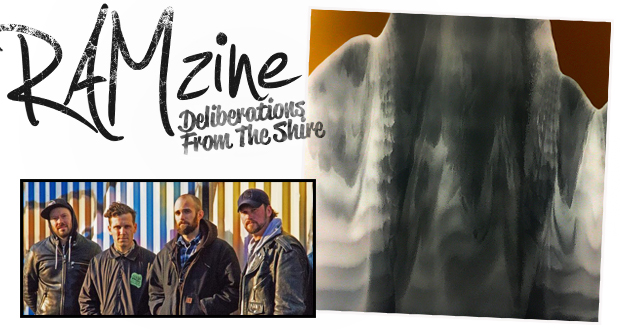 Being explodes into your ears in a wave of static sounding news bulletins before pounding into a pure groove and thunderous sonic fury. From the off this is a strangely aggressive album with lead singer Kurt’s vocals searing like a man on a mission. Later in the album his ability and range draw from a number of influences such as Dillinger Escape Plan to Mastodon.

Musically this Brooklyn band appear to sound disjointed in places with guitar tones and signature patterns akin to some of the masters of tech/math metal but then the next track could lead you in the way of new Suicide Silence or Deftones and then the follow up could be heavier with a thrashier sound that gives an intensity that would make you want to throw down in the pit.

As this is just their second recording it’s easy to say that they are still discovering their full sound but there is a strong progression from 2015’s debut EP which should see them breaking out and into more ears and venues than ever before.

Standout tracks for me are ‘Twrk’, as the opening tracks go this is one hell of a belter that hooks you in with a heavy groove and sets you up for the rest of the album. ‘Barnburner’ is rammed with drifting guitar solos and floating vocals that complement the edginess of the gruff and raw vocals that give it the paunchiness to make it stand above other tracks on Being.

Beast Modulus’s Being is self-released on 7th April 2017.