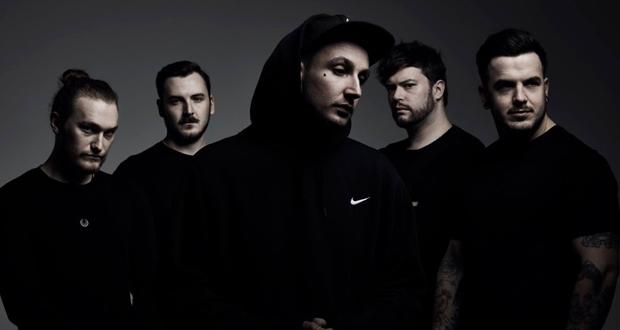 Our Hollow Our Home formed in 2013 and blasted onto the Hampshire metalcore scene in 2015 with their debut EP //Redefine. There’s been a relatively long hiatus since the release of //Redefine, and patient fans have been well rewarded with an album set to place them firmly on the scene map in 2017. You can read our album review of Hartsick here. We attended the first date on the Hartsick album launch tour to see how the album held up on stage, and we were not disappointed…

It’s a warm spring evening near Regents Park, and the air is alive with the excitement of a dozen smokers dipping out of 229 The Venue between sets. Chatter is rife and expectations are high. Next up is the headliner, cigarettes are diminished and disregarded quickly as people race to get their fix, and dash back inside before the start of the first gig of the Our Hollow Our Home album tour.

After a slight delay outside of the band’s control, the gig kicked off with a crowd pleaser or two from //Redefine to warm things up. The energy in the room was palpable, and the already energised crowd became, even more, mobile and didn’t slow down for the rest of the night. By the third track, it was clear that OHOH owned that stage and every pair of eyes and ears in the room. The impressive vocals of Tobias Young and absorbing style and presence of Connor Hallisey soared and fell, while Nick Taliadoros, Bobby Brooks and Josh White held their own with a skill and absolute tightness that is a joy to see and hear.

OHOH have immense cohesion on stage – if you can make it to the Hellfest Warm Up Party in New Cross, London on May 11th you can see it for yourself. And we highly suggest you do.