Deliberations From The Shire with Mike James – Kobra & The Lotus 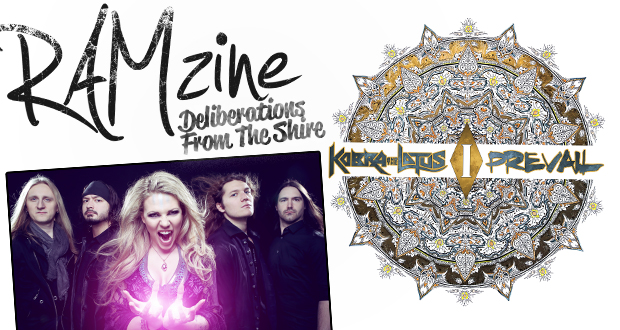 It’s been a little over three years since the High Priestess came out and now Kobra & The Lotus are back with full force in the form of Prevail I, their most powerful album yet seeing them cement themselves as a staple in modern female fronted hard rock category.

From the off this album showcases Kobra Paige’s true vocal ability and power from soft gentle & sultry to pure darkness and rage, this coupled with the blistering guitar and epic solo’s as well as a pounding rhythm sections makes for an all round step up from the previous album. The lyrical content seems to be centred around self-reflection, positive and empowerment in your own life which I feel will see the band evolve into a mainstay on stages for the foreseeable future around the planet.

The stand out tracks for me are the future anthem ‘Manifest Destiny’ with its catchy hooks and simple to sing-along chorus. Also ‘Victim’ with its heavier sounding riffs and ‘Gotham’ as the opener will have you hooked straight away.

Prevail I is only half the story, Prevail II will be arriving in the not too distant future I’m told.

RAMzine single of the week: