Deliberations From The Shire with Mike James – Power Trip 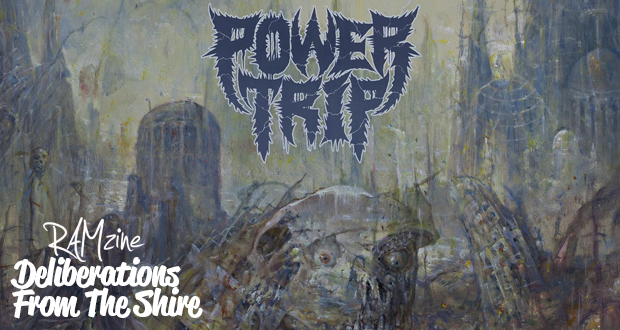 Hailing from Dallas Texas Power Trip’s new album Nightmare Logic lands on February 24th via Southern Lord. The 8 track album is packed with heavy riffs and grooves that you’d come to expect from bands that come out of that area of the states. For me, the intro to ‘Waiting Around To Die’ is crushingly progressive but it’s their fusion of hardcore, metal and punk undertones that really gives this album a fresh feel that makes its relevant to 2017.

The music is hard and exciting, however, it’s the lyrics that make this album, covering topics such as right-wing religious conservatives and fighting multinational pharmaceutical companies. Nightmare Logic really appeals to those that want a soundtrack for “Sticking It To The Man” or who feel the world is taking a turn for the worst and spiralling out of control. Stand out tracks on the album are ‘Crucifixation’, ‘Firing Squad’ and the already mentioned ‘Waiting Around To Die’.

Power Trip have played with a multitude of diverse acts over the years from the likes of Anthrax to their upcoming tour with Napalm Death across Europe & The UK so make sure you check out the live show that always leaves fans wanting more.