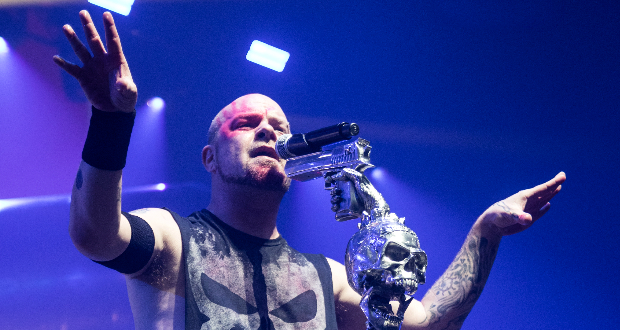 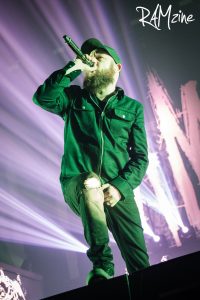 In Flames by Ash Crowson

Ending our 2017, absolutely and quite frankly gloriously we head to Wembley Arena to see Five Finger Death Punch on their co-headline tour with In Flames, supported by Of Mice & Men.

In Flames start with a familiar opening, ‘Drained’ the first track off their latest album, Battles. They take us back and forth through nostalgic teen-metal-hood going back to 2004’s ‘Dead Alone’ 2010’s ‘Darker Times’ and ‘2002’s ‘Drifter’! But it was when they played 1996 favourite ‘Take This Life’ we see the pit at it’s deserved largest. Much love to the Santa in the pit throughout their set! Another crowd favourite was lead single from the new album ‘The Truth’, ending with ‘The End’.

In Flames featured in RAMzine Issue 12 at the start of the year, read it here. 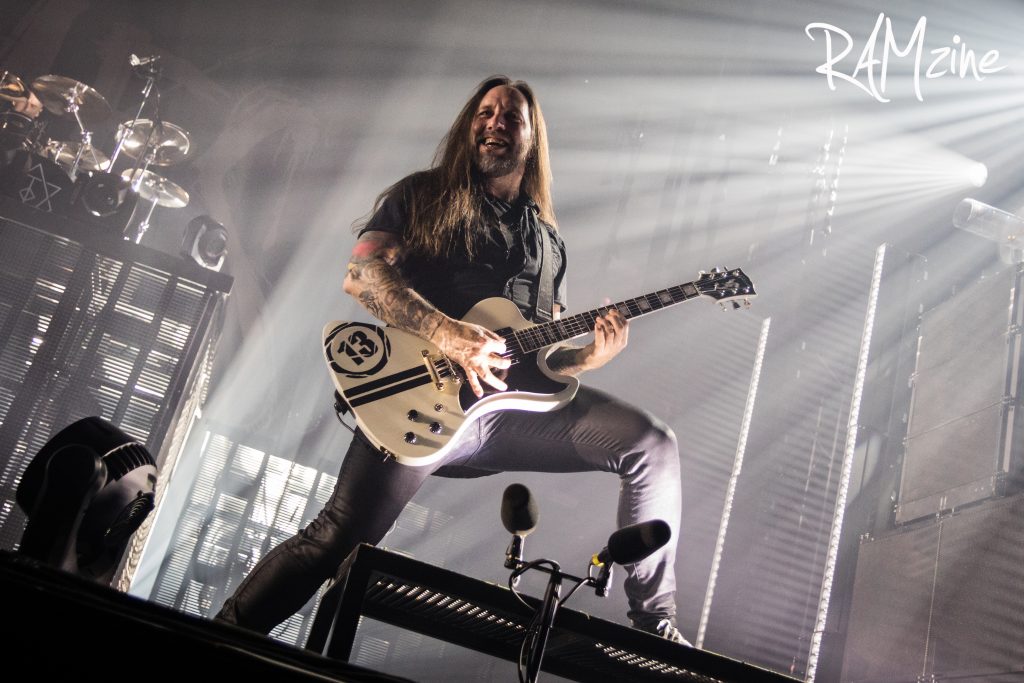 In Flames by Ash Crowson

Five Finger Death Punch start promptly with ‘Lift Me Up’, the excitement races through the arena. Arena tours are always quite special and as close to a festival atmosphere that they are, it’s always great to see a band handle themselves on their own tour. Five Finger Death Punch have stood the test of time over the last decade, and at times we have seen them truly deliver on a live performance, Download Festival comes to mind. We know that they have it in them, yet something on this London date wasn’t quite right, there was a lack of magic. 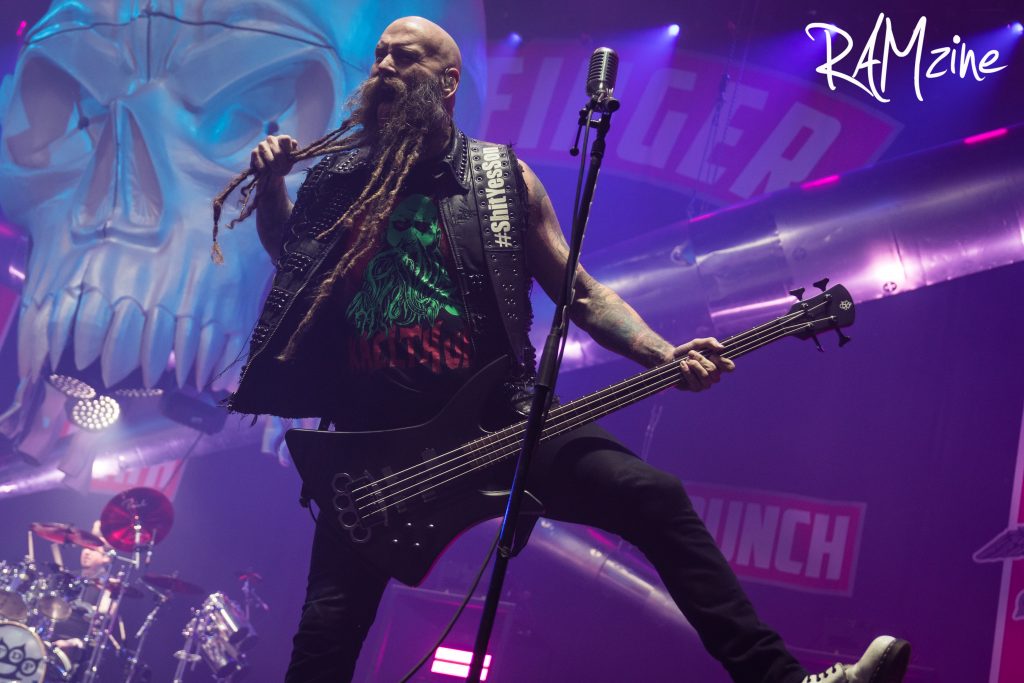 2017 has seen bands really start upping their game. The truth is a lot of bands playing smaller stages, charging a lot less have been pulling out all the stops this year. Paying £50 for a ticket at Wembley, you do expect a little more of a stage performance with a tad more bang for your buck. 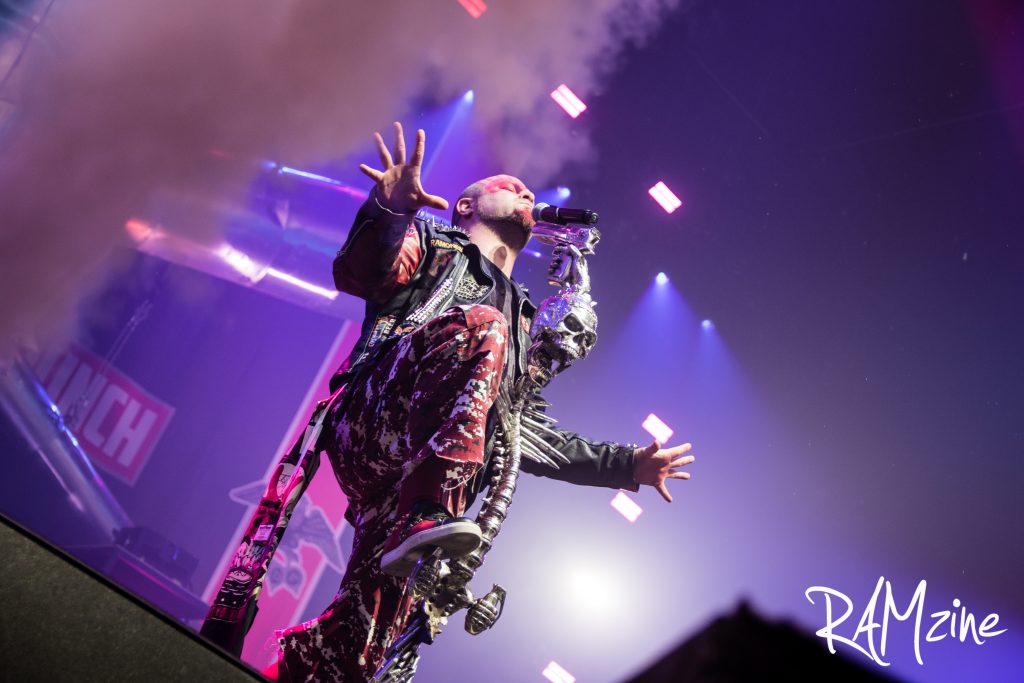 If you came to see a Five Finger Death Punch show with all their classics that is exactly what you got and for most that is just fine. It’s good to know that this ain’t their last dance, as the band will release their new album next year. Hopefully with new material, a fresh tour will see them clime the ladder from just fine to spectacular. 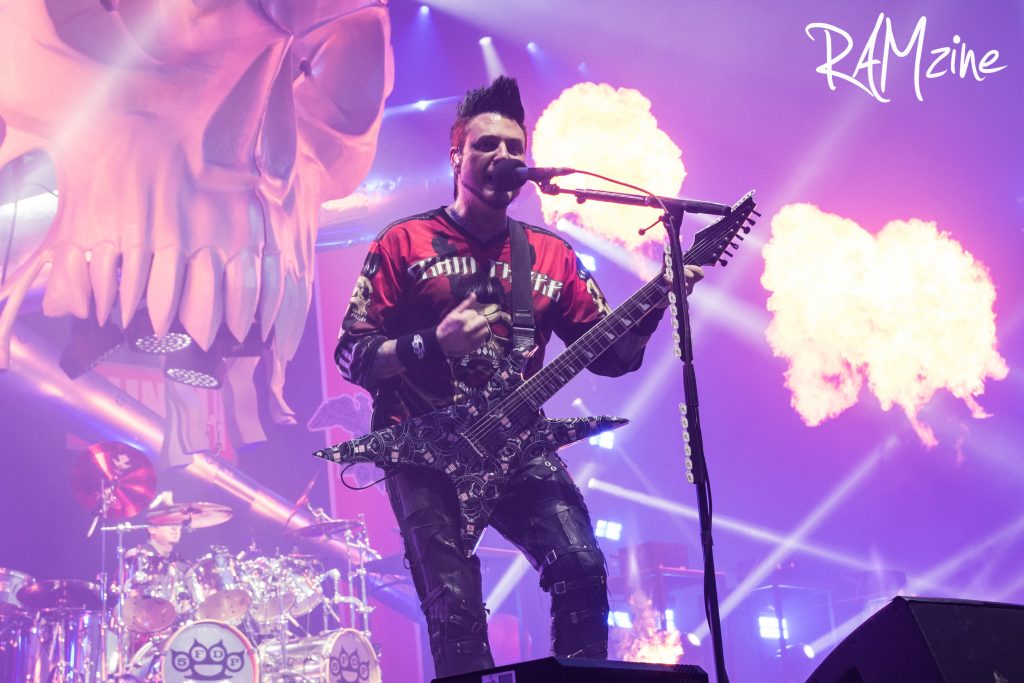 Five Finger Death Punch have just released the video for their cover of The Offspring ‘Gone Away’:

It was somehow two years to the day that Blind River released their first, self ...