Interview: A Nameless Ghoul of Ghost at Reading Festival 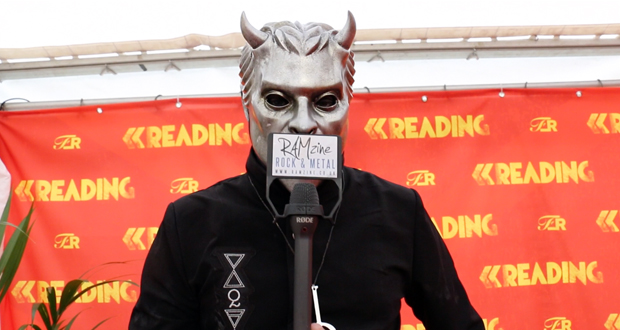 RAMzine spoke to a Nameless Ghoul at Reading Festival 2015, prior to the bands headline set on ‘The Pit’ stage.

‘Meliora’ is the 3rd album to be released by the band. The album has stormed charts across the globe having gone straight to number 1 in both Sweden and Finland, and landing at Number 8 in the USA, and top 25 in the UK.

We find out how this Nameless Ghoul feels about the reception of the album, as well as some general chit chat about identity and such things.

Ghost put on a show unlike any other band of this time, their experience shows, and the new album is quickly proving that Ghost are one of the biggest metal bands of this year.

The band have now announced their first UK headline tour, as follows:

Tickets are available from Friday 4th September @ 9am.