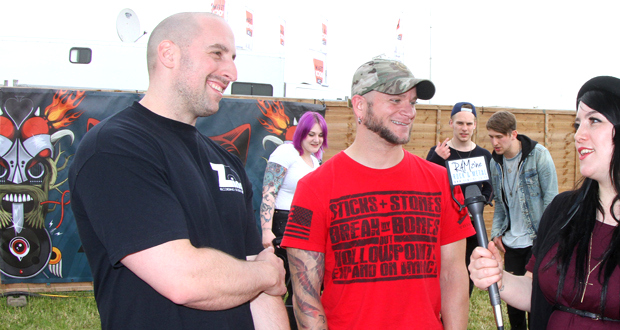 VP caught up with Phil Labonte (vocals) and Mike Martin (guitar) of All That Remains at Download Festival 2015. We had a slight technical faux pas at the start which means that the first question is not get filmed. VP spoke to Phil about a previous interview conducted with him via email. In that interview we had asked ‘What does this album (The Order Of Things) mean to you?’ he replied “It means I get to keep my job”.

In this interview we clear things up, when Phil simply replies “We like to be sarcastic”.

Phil and Mike tell us what they would like to do if they were not in a band! We learn some new stuff, that we didn’t  know about them, and they talk through how they feel about new album ‘The Order of Things’.
Keep an eye out for our Download special in Issue 4 of RAMzine (out next month), which will feature full reviews of each day as well as many photographs. For now have a browse over out post-festival summery!