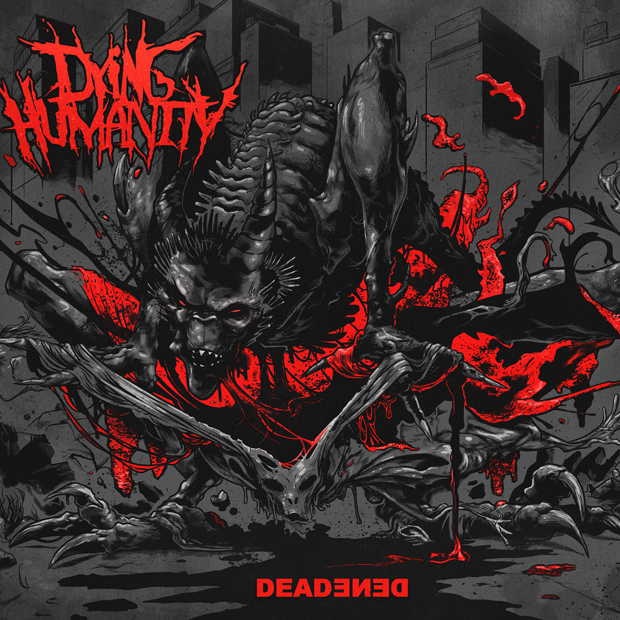 From 2006 to present day Dying Humanity have literally been breeding contempt and punishing the metal community with their own brand of melodic death thrash. With four full length albums behind them it is onward and upward for this quintet of krauts!

The title track of the album houses some very eastern sounding riffs that scorn and finally explode into a malignant chaos! Very vocally engaging it strides into the limelight and steals the show. ‘Delusion’ is a melodic battering of vibrant riffs and tempestuous beats that congeal into a tempered aggression, however the clean vocal struggles to reach top notes.

‘Beyond Redemption’ can boast some ‘closed eye’ moments when everything paints a landscape you want to be part of. It flanks of melodic grandeur are well-rounded and very appealing. ‘I am King’ relentlessly offers attention grabbing moments with throaty guttural growling and quickening riffs that weave from within a beating rhythm. ‘Psychotic Illusion’ is an ambient track that broods with an underlying intrigue that is attached to quickening drum beats, frenzied guitar and uncompromising bass hooks. 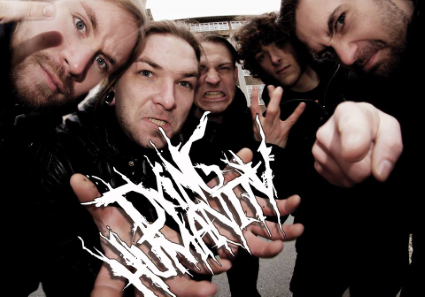 ‘Feed Him to The Lions’ is a mesmerizing track that sweeps over the audial with a melodic hand and feisty vocal surge. It gallops at speed to an appealing barrage of riffs that never loosen their grip through-out the tracks muscular structure. Oblivion is a slow paced track that sounds like it has Spanish origins – played acoustically and beautifully showcasing the bands diversity as being from one end of the scale to the next. ‘Ashes of Destiny’ returns to a brain shaking and wild rampage of pure driven aggression that is constantly evolving through its gigantic soundscape and delivers a pulverizing blow.
‘Devious Greed’ again offers no let up from its frantic speed fuelled hatred and provides many twists and turns that will pull you from limb to limb.
Bloodshot Eyes is sadly the final track on the album, I say sadly as this album has been a good solid listen of rugged and rigorous! The savagery contained within the track boasts a beauty known only to melo-death fans and runs away with first prize for being a damn good listen.
No doubt about it Dying Humanity have a well-oiled and mature sound that is instantly pleasing to the ears. Mainly the album is an aggression soaked and hearty run through barbed wire with a blind fold on – truth is you are going to get snagged on it somewhere along the line.

This album is increasingly powerful and yet melodic with beautiful moments to savour no matter what your mood.

Dying Humanity Deadened the 10-track album is out via Bastardized Recordings on 12th June 2015.