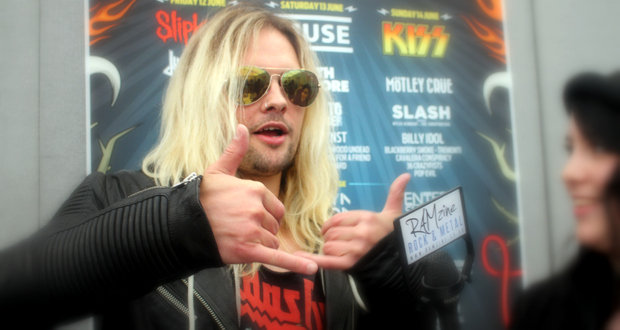 Victoria Purcell caught up with Bruno Agra (Drummer) of We Are Harlot at Download Festival 2015. We talk about the  bands first ever UK performance at the festival, and how it went. Bruno formerly of band Revolution Renaissance, along with fellow band members Danny Worsnop (former Asking Alexandria), Jeff George (formerly of Sebastian Bach), Brian Weaver (from Silvertide) often get called a super group! We found what Bruno though of that tittle.

If you haven’t checked out their stuff click on the music video for ‘The One’ below! The band play modern Rock and Roll, and it’s damn catchy! See our review of their self-titled album here.

Check out ‘The One’ by We Are Harlot here: