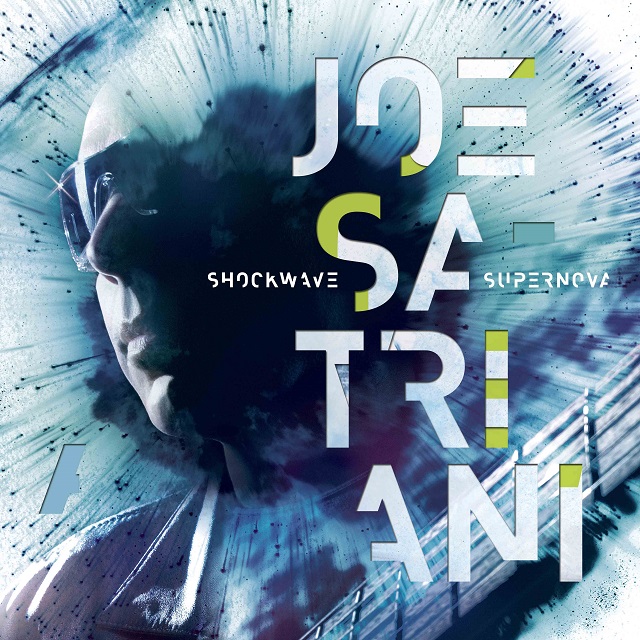 Joe Satriani is often referred to as ‘The Peoples Favourite’ guitarist. And that’s because his guitar-work feels so natural. It is sincerely played and has organic charm.

Take for example the title track ‘Shockwave Supernova’ on his new album, which is surprising as a shooting star that bursts out of the clouds on a black-velvet night. It has a classical feel, little explosions of bright guitar explode out-and-into the interstellar medium ( which is a cosmic backcloth of super flexed drum-work and other stimulating orchestration.) The universal appeal of this artist becomes immediately clear. His work is like the very stardust we are made of.

‘Lost in Memory’ has a bubbling pace — a constant cascade. The heartbeat of your local river, perhaps. As it winds through a much-loved neighbourhood. The guitar almost sprouts from the banks of this beat. Sometimes jumping higher — then glittering and darting in the fringes.

But for the ‘Crazy Joe’ track the rhythm is handled by Vinnie Colaiuta (drums) and Jane’s Addiction bassist — Chris Chaney. On this track, the guitar is almost trying to talk to you. Attempting to clarify points. The bass notes sound reggae-based (Vinnie plays with Sting, so perhaps there is a link.) This is a real Rompa-Stompa.

The great thing about Satch is that he doesn’t get fixated about the technicalities of the recording process. And although the album is superbly put-together (co-produced and engineered by John Cuniberti and recorded at Skywalker Sound in California) the love of his music just shines. You can tell that Joe prefers to groove with his band mates. And that’s why it’s so fluid.

We admired the decorative cortication of ‘Butterfly and Zebra’ — a small but perfectly formed samplet of verdigris guitar skilfully superimposed onto a membranous palette.

It’s unlikely that any of these new songs will immediately grab at you and charm you away. They do not dramatically lunge in… Or force themselves onto you. They are not trying to dominate their way into your speakers. And, probably, that’s not the point of Satch’s work anyhow. In general, his ideas and motifs are designed to crystallize gently and to grow — in productive symbiosis — to shine light on your own life experiences. To enrich and enliven your spirit.

As a patient music teacher and lover of sounds… Joe always allows space and time for his songs to find their own way into your heart. He just lays down some interesting puzzles for your brain to unpick.

And so your imagination is delighted right through this fifteen track feast. (This is his fifteenth solo studio album — released 2015.)

Onto the final track, ‘Goodbye Supernova’ where, again, the guitar imitates patterns of human speech. If you were in a dreamy mood then you could put down your own vocabulary. This manner of articulation is a stand-out feature of Satriani’s style. It is very clear that he is not just fiddling away on a fret-board. He’s trying to enunciate every idea before it is squeezed out. And he bids you pay attention. Once again he is the teacher and you are the grateful student.

Never openly grand or particularly fussy, here are complex pieces full of biotic potential. Musical blessings that you will allow into your life time-and-time again — they will grant lasting peace and ease your mind.