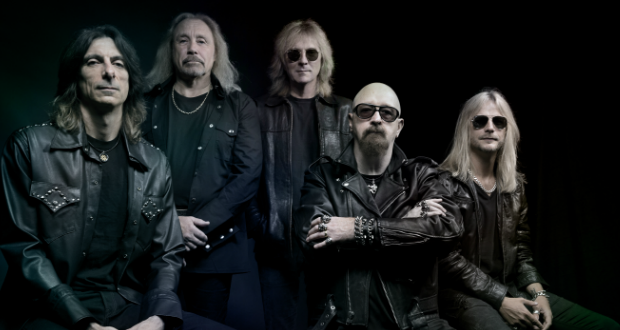 The godfathers of pure heavy metal, the magnificent Judas Priest, hardly need any introduction at all. How can one even begin to summarise what the seemingly unstoppable British outfit have meant and still mean to legions of fans all over the world? Where to begin? The entire back catalogue is so vast and impressive that it defies words, and the fact that Priest have just unleashed one of their most massive and memorable albums yet, namely Firepower, is even more mind-blowing.

There have been line-up changes, various different obstacles, and ups and downs, but these guys have persevered and are still firing on all cylinders. If anything, Firepower shows that there is still a hell of a lot of mileage left in the tank and that these guys are looking to the future and not the past. The thing is that if someone ever came up to you and asked “What exactly is heavy metal?”, chances are that you would simply hand them a copy of either British Steel or Defenders of the Faith and say “This is heavy metal”. Simply put, Judas Priest encompasses and embody everything that is great about powerful and timeless music. The supremely talented vocalist Rob “Metal God” Halford was kind enough to answer all our questions regarding the new album, his musical upbringing, and the never-ending journey of creativity.

RAMzine: Greetings Rob. First of all, how are you doing?

Rob Halford: All good and strong in the metal world, thank you.

RAMzine: What initially turned you on to singing? Could you tell us a bit about your musical upbringing?

Rob Halford: I’ve always loved to sing. Since I was a kid in school, in the choirs and plays. I think that’s where my love of singing started. My dad played the piano. There was and still is music every day in my extended families’ households.

RAMzine: What bands were you into when you were a teenager? Is there one or more bands in particular that inspired you to become a musician yourself, or perhaps some specific record that changed either your perspective on music or perhaps how to approach singing?

Rob Halford: Growing up I absorbed it all. As far as singers go the list is way too long, but as a teenager band’s like The Beatles and the Stones really affected me. Sgt. Pepper, in particular, struck a chord. 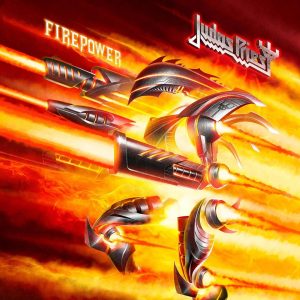 RAMzine: Firepower is such a dynamic, memorable, and well-executed effort. Were there any motifs in particular that inspired you this time around?

Rob Halford: It’s an open book for Judas Priest with regards to where we go and what we do. We say it’s the Priest style of heavy metal – that way, whatever we believe in works.

RAMzine: I think some of your lyrics say that even though one hits the wall and feels discouraged from time to time, one should never give in or give up but keep pushing forward. I am thinking of ‘No Surrender‘ in particular, but also ‘Rising from Ruins‘. They are both uplifting in a lot of ways. What is it that pushes and drives you forward in life?

Rob Halford: All of us in Priest have an optimistic and onward and upward way of living life. In general, metalheads want strong positive messages.

RAMzine: A truly underrated gem by Judas Priest is Nostradamus. I simply love the atmosphere, drama, and theatricality of that album. What was it about the theme and storyline of the album that appealed to you and would you ever consider writing a similarly epic concept album like that again, or is it more a case of “been there, done that”?

Rob Halford: Nostradamus was waiting to happen for us, so to speak. We wanted to make this kind of concept musically for as long as we have been a band. You need a character of worldwide connection who is preferably real and such was the case here. Never say never to anything in music.

RAMzine: You have so many different songs to choose from and a vast discography. Nowadays, it must be difficult to compile a setlist. Do you guys ever disagree or argue about what goes on it?

Rob Halford: Give your fans what they want – the fans give you the life. It’s your responsibility to be thankful and play songs live that take you all on a time machine as well as what represents you now. We all have a say in the setlist. What’s the point of arguing?

RAMzine: Are you intuitive and spontaneous when working in a studio environment?

Rob Halford: Most songs are planned out but we always allow exciting on-the-spot creativity. We hate wasting time, however, so good pre-production is important.

RAMzine: Do you ever feel that it is sometimes easier to express oneself through music and lyrics than in actual conversation?

Rob Halford: For me, speaking as one voice of agreement in the band, the best way to express feelings is through the music.

When looking back on your career and all the different people and bands that you have worked with, do you harbor any regrets or feel that there are genres or avenues of music that you would have loved to explore and pursue or perhaps bands/projects that you wish you had taken part in but were unable to due to lack of time or scheduling conflicts?

Rob Halford: No point in looking backwards unless something motivates you from the past. You find time if the music has the power.

RAMzine:  Your discography is extremely impressive, to say the least, but do you ever feel that you have said all that there is to say with your songs and music?

Rob Halford: There will always be another song to write. No two are the same. That’s the fun for me to know it’s a never-ending journey of creativity if your heart’s into it. Mine has from day one. I am constantly listening and investigating every kind of music. It’s what I’m here for.

RAMzine: Thanks for speaking with us Rob!

Rob Halford: Cheers RAMzine – keep the faith and listen loud – hails to everyone!