Download 2018: 9 Bands you need to check out on Zippo Encore stage. 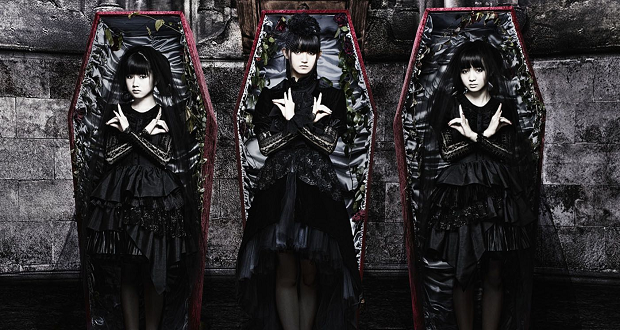 The Zippo Encore stage, or the ‘second stage’ as some may refer to it as, is probably the unsung hero of Download. It’s had some of the best bands of all time healdine on it. Last year had Slayer, Rob Zombie, and Sum 41 – plus the likes of Opeth and Devin Townsend on the undercard. That’s a festival in itself. Divulge me while I use a wrestling analogy: The Zippo Encore stage is like the Intercontinental Championship of Download stages. Not quite the big one, but still just as well respected… if not more so! So here are 9 bands you really, really  need to make time for on Download weekend. Why nine? Because top 10s are so mainstream…

Some may call Andrew WK a one-hit wonder, but there’s plenty people out there who will dispute and say that Party Hard is the least significant part of his career. From 2005 he has been a very popular motivational speaker, appearing at conventions and as a guest speaker at the Oxford Union. he has taken up writing – remember his column in FRONT (when it was good – yeah, I went there sister)?  He has since wrote a book, and contributes to Vice on a regular basis. You may have also seen Mr WK appear in many TV interviews in regards to all kinds of topics (once being credited as ‘masturbater’). Back to the music though: this guy knows how to rock. His most recent album, You’re Not Alone, which was released in January had a great reception with some journalists giving it a five out of five.

Track to listen out for: ‘Music Is Worth Living For’

Go back to 2001, what do you know about CKY? They have some connections to Jackass,  you heard that song on ‘Tony Hawk’s Pro Skater 3′, and they have some awesome tunes. What’s changed? Jess Margera (Bam’s brother) is still in the band, 96 Quite Bitter Beings is still being played widely, and their tunes still bang like a barn-house door in a storm. Why see them at Download 2018? They have the same raw, rock ‘n roll intensity they have had for 20 years, plus they have made quite a comeback with 2017’s The Phoenix. If you have never listened to or seen CKY in the flesh, now is your time! And don’t blame us for the Jackass connections, the video below is pretty much a compilation of clips from the movie.

Track to listen out for: 96 Quite Bitter Beings

Billed as ‘Body Count ft Ice-T’ on the poster, because there are still a few people out there that don’t realise Ice-T fronts a metal band. And has done since 1990! In fact T has done some of his most celebrated work as part of Body Count – Where do you think the ‘Cop Killer’ controversy comes from?

Ice-T’s contribution aside, Body Count have a lot to say in today’s rock scene. The genre known as ‘street metal’ (think bands like King 810) originates from the fusion of gansta rap and metal, which has also inspired rap-rock and nu metal. You could even say he is the OG (sorry, only older readers who listened to rap in the 90s will get that). Since their reformation in 2009, the LA boys have continued to make a statement with tracks like ‘No Lives Matter’. Certainly worth seeing even for T’s opinions on world affairs and even to check out any new material. We might even get a cover of ‘Born To Raise Hell’ in tribute to Lemmy.

Track to listen out for: ‘There Goes The Neighbourhood’

It was only a matter of time the Korn main-man went it alone. Not that there’s any trouble in Camp Korn (Kamp..?) but this many has so many ideas, some might not quite resonate with Fieldy and the lads.  His solo album Black Labyrinth, released in May, is a window in to the dark mind of the musician. With help from Wes Borland, and former Korn collaborators, Davis has created the lost Korn album we didn’t know we were missing.  Expect this performance to be classic “JDevil” style, with a few Korn songs in there for good measure.

Track to listen out for: What It Is

This band gained attention earlier this year for being the subject of an experimental YouTube video where ‘elders’ couldnt tell the difference between Greta Van Fleet and Led Zeppelin. And if you have heard Greta Van Fleet, you will know what I mean. I doubt I will see Led Zeppelin perform again but I am going to see Greta Van Fleet. Among the sea of AC/DC soundalikes in the hard rock sub genre, it’s good to hear something different. Albeit be a Zeppelin soundalike. Music legends have gave their blessing as Elton John chose Greta Van Fleet to perform at his Academy Award Party, and joined them onstage for a few songs. Ironically GVF are one of Robert Plant’s favourite young bands describing vocalist Joshua Kiszka as a “beautiful little singer. If that’s not enough endorsement, then I don’t know what is! GVF are a spectacle to be hold if nothing else.

Track to listen our for: Safari Song

Similarly to the KISS Army, Turbonegro’s Turbojuged are the most dedicated and passionate fan-base in the world of rock. Turbonegro are also one of those rare bands that had a much better run second time round after their initial split in 1998. Since their comeback in 2002, the Norweigans have gone from strength-to-strength releasing records regularly and keeping their sound as fresh as it was back in 1992. For those who are unfortunate enough to have not heard of  Turbonegro: they are a perfect potion of Alice Cooper, Black Sabbath, MC5, and even a dash of Nick Cave. All packaged nicely in an embossed denim jacket. Their break out track Fuck The World (FTW) is a great example of this. And yes, that’s what FTW actually stands for millenials!  This isn’t a band for easily offended types, as you may gather from their name.

Track  to listen out for: Sell Your Body (To The Night)

Track to listen out for: Wishing Wells

Come on, who goes to a festival with Babymetal on the bill, and doesn’t see them? If you have been living under a rock for the past few years: Babymetal are an alternative metal band fronted by three Japanese school girls. That’s really all you need to know, except the audience will go FLIPPIN’ CRAZY at the fast paced tracks like ‘Gimme Chocolate’ and ‘Karate’. Seeing a sea of hairy, tattooed metalheads bouncing to these tracks is entertainment in itself. That aside, the ‘kawaii-metal’ pioneers have a new album on the horizon, lead by the single ‘Distortion’. A mysterious video posted earlier this year said we will see the ‘dark side of Babymetal’. What this entails will most likely be unveiled at Download.

Track to listen out for: Gimme Chocolate

If you have seen Lawnmower Deth at a festival, or even live in recent years, you know it’s not just a gig -it’s a party. Best damn party you will ever go to. Previous shows have involved sheep, members of Evil Scarecrow, throwing yoga balls to the audience, and everything in between. Time for the history lesson now, as I know some younger readers may not be ‘woke’ enough to have heard of Lawnmower Deth. In the 1980s, thrash metal was king. You usually hear about the North American bands, that sound completely different, but here in the UK we had our own version nearer to punk-rock. Think Acid Reign, Xentrix, or even Onslaught. Lawnmower Deth have always loved the ‘fun’ side of metal, and it shows.  Making their name in the early 90s with the aptly titled Ooh Crikey It’s Lawnmower Deth and a headbanging version of ‘Kids In America’, the Ravenshead rockers have had a huge cult following since. There’s no new album or tour but we don’t need it if their festival appearances are as good as the one at Bloodstock 2015. (apology about the low quality video below, they didn’t have many).

Track to listen out for: It doesn’t matter, just have fun.