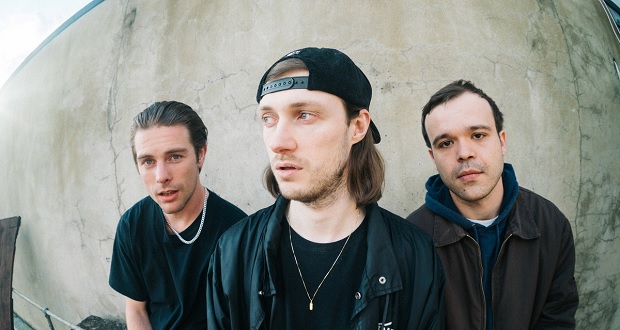 London indie-metal trio Puppy announced on June 1st their first UK headline tour will take place in early August with support from hardcore five-piece Grove Street Families. The band, who’ve been making waves throughout the rock and metal underground across the UK and Europe, had this to say in light of the announcement:

“This is our first proper headline run, and it’s also gonna be the first chance people will have to hear a lot of the songs off our upcoming album. We can’t wait to show everyone what we’ve been working on, and on top of that we have the most excellent Grove Street Families coming along to join us for the ride. Buckle up nerds, it’s gonna be a fun one.”

A year since signing with Spinefarm Records, the band have been busy writing and recording their eagerly anticipated debut album. According to the label, news of a new single and video will be revealed soon.

With two critically praised EPs to their name since their formation back in 2014, fans have been waiting patiently for a full-length Puppy album that is sure to deliver their ear-worm brand of heavy quirky grooves that’s had them compared to the likes of Weezer, Deftones and Pantera. It’s an exciting time for the band and British rock and will be the talking point of the underground come later this year with the record’s release.

If August is too far away, make sure to check them out at this year’s Download festival next Sunday on the Avalanche stage. More details as they come in.