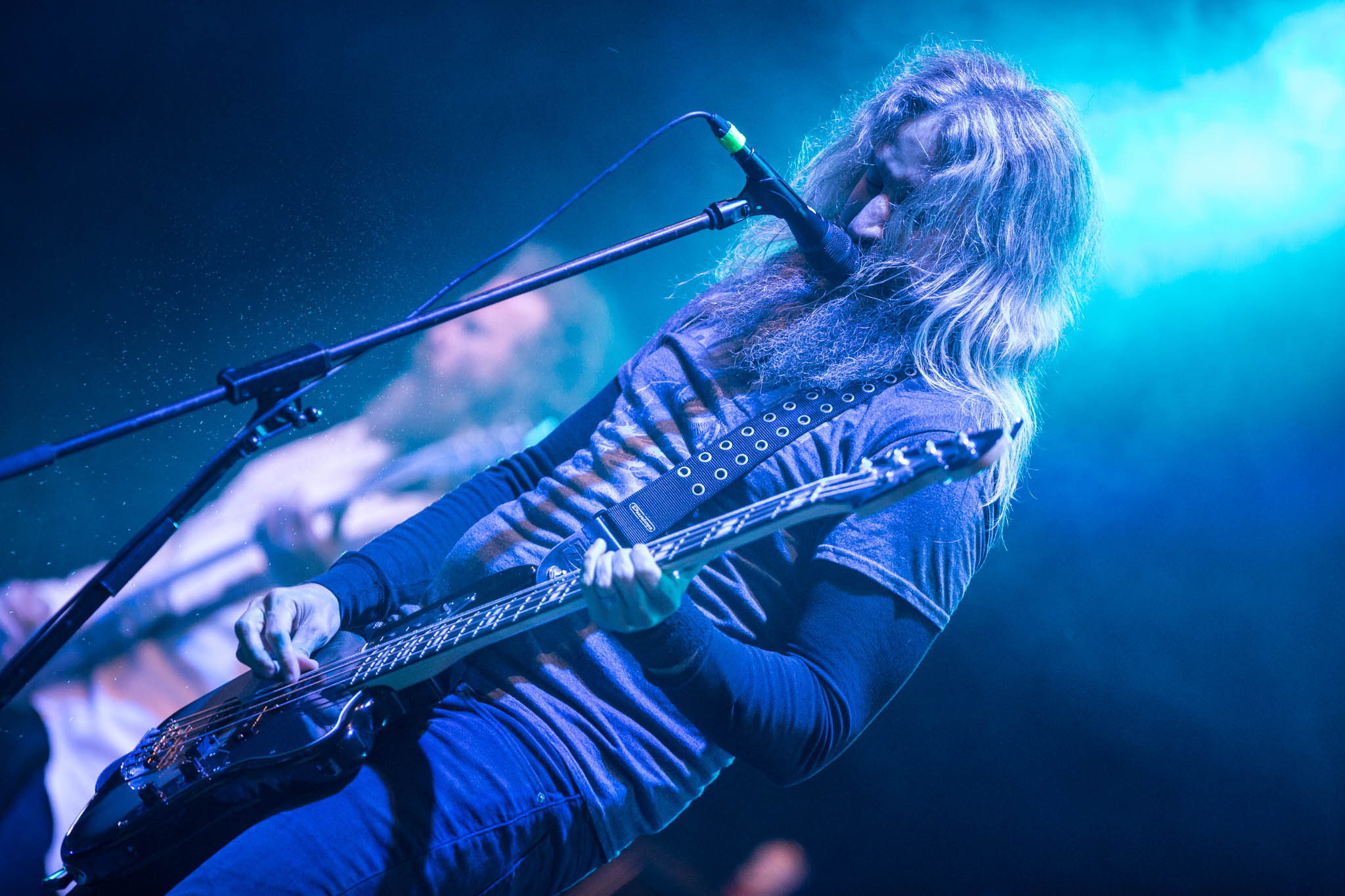 We were very fortunate to have access to this years Brutal Assault Festival which is considered one of the best for the extreme metal scene in Europe. With killer bands across four whole days, Cheap Czech lager and a wonderful selection of food (also very cheap) what more could we possibly ask for?

With the festival held within the confines of an old military fortress, the side by side main stages once again provided a seamless stream of bands, one after the other with no room for boring long changeovers. This year’s festival also introduced a new Oriental Stage held within another part of the fortress only accessed through the tunnels. A really cool addition. 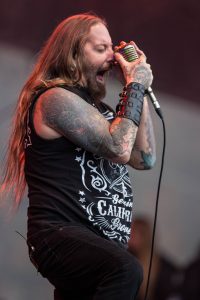 The selection of bands across the week is somewhat stunning this year.

The first day of the festival brought us copious amounts of rain but for what its worth, the bands were enough for us to forgive the weather gods for their actions. Vektor brought us some great thrash metal to kick start our festival experience shortly before the heavens opened for Tribvlation who definitely suited playing their songs in the pouring rain with the incense smells coming from the stage and their makeup.

Devildriver were one of the most popular bands of the day playing an all star setlist and with the band clearly elated to be playing in such weather with frontman Dez Fafara shouting “let it pour, we love it” as the rain proceeded to get heavier and the mud turned into a wonderful slop.

Neurosis turned what is an already heavy festival even more so with their thunderous set vibrating the floor and sending in us all straight to hell. Headliners Mastodon drew the biggest crowd of the day and quite rightfully so given the performance as dusk turned into night, the rain stopped and everything feeling right with the world again. To end the first day, we stopped to check out Abbath who drew out the black metal fans in their masses for a late night performance that all other black metal performances would be measured against throughout the weekend. 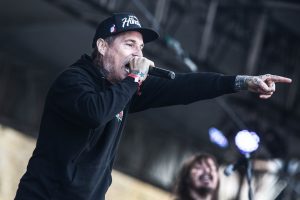 The second day brought us some great weather and a crammed day of bands. No matter what we did, we would have to just accept the fact that we would be missing bands we wanted to see due to many clashes! Both H2O and the Black Dahlia Murder provided the festival with some of the standout sets of the day whilst Exodus brought the thrash later on in the afternoon with an aggressive fan favourite filled set list. Gojira turned the place into an absolute warzone from start to finish that we needed a moment to compose ourselves. We did this by seeing the oh so stunning Mono in the newly created oriental stage.

Day two ended as we were making our way back to the campsite, by doing so we saw Parkway 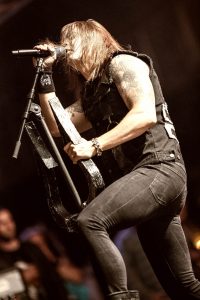 Drive killing it on the main stage with all kinds of crazy fire and a performance equally as energetic.

The third and fourth day, tired feet and hangovers really started to take its toll as most probably would have enjoyed Voivod & Textures sets that were fairly early from their tents. Not us though, we were there to see both sets and they were a great way to kick us into gear whilst Raised Fist jumped into things headfirst and kept the momentum flowing having only just arrived at the festival minutes before their set. Satyricon gave the fans a 20th anniversary set of Nemesis Divina that was spine tingly good and even more so in the dark which was absolutely fitting. The stand out set of the festival without a doubt.

Knuckledust has a painfully early stage time for those who were struggling by the last day (we definitely were) but it was a great set by the hometown hardcore heroes. Stick To Your Guns continued to try and keep energy levels at a high and did a great job dedicating standout tracks to friends in H2O, Agnostic Front & others whilst Stuck Mojo brought their new line-up and their fun filled set to the stage smiles and all as they got the crowd jumping and moshing. 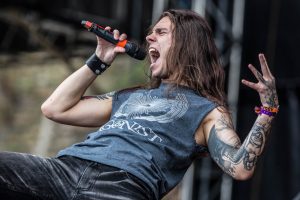 Speaking of Agnostic Front, the band made their return to an even bigger crowd at this year’s additions to the festival and whilst the diehard death metal t-shirts disappear for a moment, everyone else pile forward for a great set that begins the festivals closing moments.

It’s a sad moment for any festival goer when the final day starts to gets to the closing moments, but those who just can’t let go stick around for one of the final performances of the festival featuring black metal kings MGLA who appear on stage faceless and in all black. This is true black metal at its finest and possibly not for most. For us it’s the perfect way to end such a festival.

The great thing about Brutal Assault is its ability to mix genres across all four days. Even H2O acknowledged it expressing how happy they were to be on the same line-up as their favourite band Exodus, something that would never happen else where. The festival organisers do an incredible job and because of this, it really is one of, if not THE best festivals in Europe.

We cant wait to go back next year.

All photos by JPR Photography