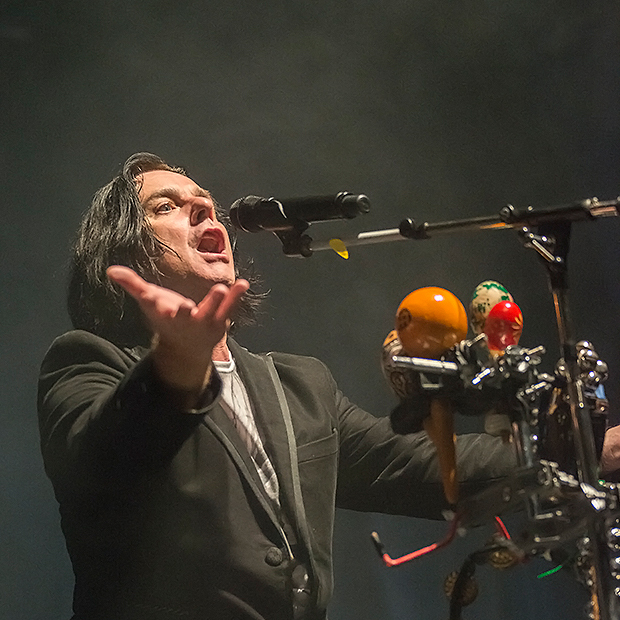 The evening didn’t quite start as planned for me and my review assistant, Paul. Arriving at the Assembly Rooms in Leamington we were met by a queue which stretched from the door of the venue, snaked up the road, round the corner and on for a hundred yards or so. A pint of Hobgoblin later and the queue had subsided somewhat but it still took us around 20minutes to get in; it seems there had been a ticketing issue. 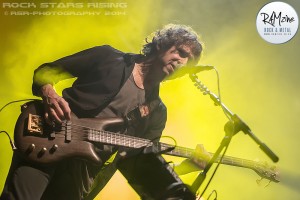 We got to the main room just in time to see the supporting act, Luke Jackson, a talented, young acoustic guitarist from Kent, perform his final song. What little I heard was very good and he seemed to go down well with the Marillion stalwarts.

This was a sell-out show so the Assembly Room was full, with fans packing the balcony and hanging off the stair rails, great to see in the run up to Christmas.

Marillion haven’t produced a studio album since their 2012 release, ‘Sounds That Can’t Be Made’, so this tour wasn’t to promote a new release, instead it was a great excuse to go over old material with the band pulling songs from six albums dating back to 1987, that’s before Steve Hogarth joined the band.

The first port of call was the 1995 album ‘Afraid of Sunlight’ as the band launch into ‘Gazpacho’ before moving onto the ‘Seasons End’ album, Hogarth’s first with the band, and ‘Uninvited Guest‘. The crowd were already in the mood and singling along as loudly as they could.

In between songs Steve Hogarth chatted away more than usual, perhaps that was helped by the flow of ‘medicinal’ apple juice which made an appearance several times during the course of the set. His general theatrical demeanour was tempered somewhat by the apple juice as he professed that everything, and everybody, was lovely! 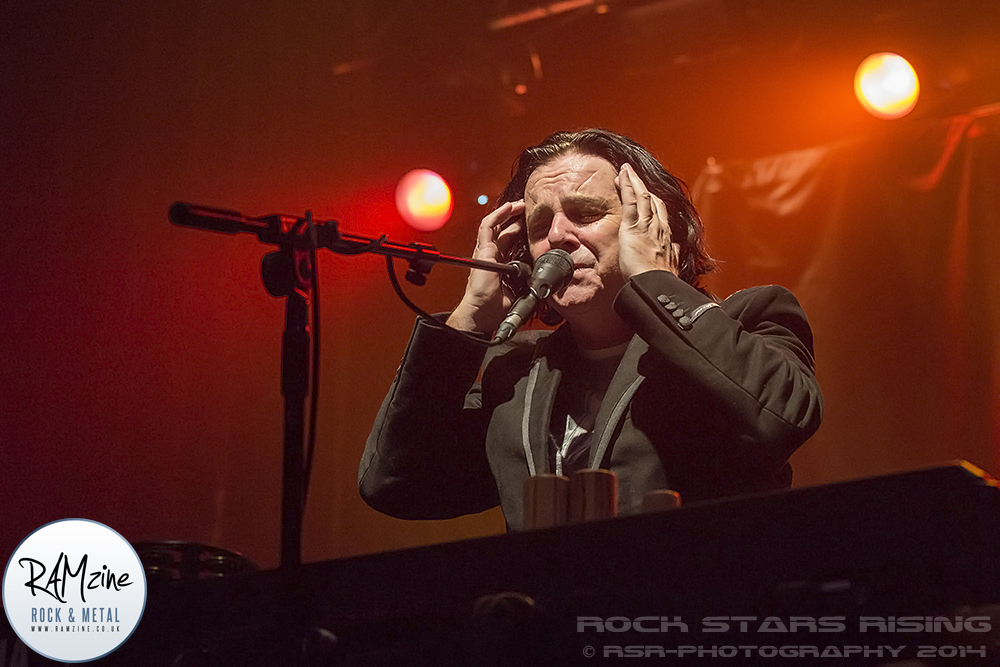 The band got bang up to date with ‘Power’ from the 2012 album followed by ‘No One Can’ from 1991’s ‘Holidays in Eden‘ and then ‘Warm Wet Circles’ the only Fish-era song taken from the 1987 album from ‘Clutching at Straws’. The crowd did the majority of the work for this last song singing at the top of their voices, and it didn’t sound too shabby it has to be said. ‘Trap the Spark’ and ‘Woke Up’ came next, both from ‘Happiness is the Road‘ (2008) followed by ‘Easter’ from ‘Seasons End’ with the crowd again working hard. Two songs later and Steve Hogarth decided to explain the song that was to come next in some detail summing up that he didn’t understand a word of the lyrics, this was ‘Man of a Thousand Faces’ from 1997. The main part of the set ended with ‘King’ from ‘Afraid of Sunlight’ (1995) and the band wandered off the stage to rapturous applause soon to be followed by the calls for more.

After a brief respite the band returned and provided some light relief with a couple of classic Christmas covers before finishing with ‘The Release’, the original B-side to ‘Easter’ their 1989 single and finally ‘Cannibal Surf Babe’ from ‘Afraid of Sunlight’. The evening was seen as a celebration of the past 27 years covering the final album of the Fish era to much of what the band have achieved since. This was an outstanding gig!

Sounds That Can’t be Made

Man of a Thousand Faces

The Christmas Song (Chestnuts Roasting on an Open Fire)

Happy Christmas War is Over