We were offered the chance to speak with not only possibly the most musically controversial artist of the year, but also the kindest, most humble artist of the year. The brain behind Zeal and Ardor, Manuel Gagneux, was kind enough to sit down with us and talk over a beer (thank you!) before taking to the stage at the Electric Ballroom on their UK leg of the tour in support of recently released album Stranger Fruits.

RAMzine: So the blend of gospel blues, black metal et all, how do you come up with a concept like that as a project? 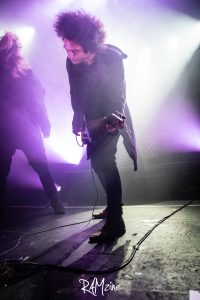 Manuel: Well strictly speaking, it’s not my idea, I went on 4chan and asked the good people of the board to name a genre each, and I’d make a song of two of those suggestions.

RAMzine: How do you even decide on that?

Manuel: You get really bored and drink a lot of coffee! Yeah, one day that suggestion just came and now I’m here playing gigs!

RAMzine: Well it’s extremely contrasting, you must get a lot of heat from either side and elitists (black metal and religious) how do you deal with that? Does that not impact touring capabilities like the bible belt for example?

Manuel: We don’t really tour that part much. But in all honesty, we play in Detroit and in… some other place, where you would have thought that nobody would come out, but those were some of the sold out shows. They said that they really, really needed the relief, and it’s also people from black churches that attended our concerts, saying that they disagree with the thematics but actually enjoy the spiritual nature of it.

RAMzine: I can completely appreciate that, I mean we couldn’t have the satanic side of everything without the church existing anyway. Your logo is the sigil of Lucifer, what made you decide and settle on that with the initials of the band in it?

Manuel: Well, at the time it wasn’t much of a used symbol, it was kind of obscure, which isn’t the case anymore, Thank you Marilyn Manson! It just kind of summed it up, it was superimposed on the first record, kind of superimposed on slaves I guess, it actually gave the whole slave imagery this much darker feel. It just kinda summed up our intent.

RAMzine: That leads nicely onto our next question, who is the devil to you?

Manuel: To me personally, the devil, or Satan is the ego or the fulfilling of what you want precisely and making that as real as possible without pissing anyone off.

RAMzine: So are you religious at all?

RAMzine: Always worth asking! Haha. So I was sat in a pub recently with a couple of friends and I mentioned how I had the show coming up and an interview lined up, and the discussion of the band came about and I was told of a story that some guys went and got branded with the logo or something! What’s the whole story behind that?

Manuel: The slaves used to be branded like cattle, so this guy (it just so happened the merch guy walked through, who soon said they were on the merch stand and to come have a look!) went and made some brands and we thought we’d bring it along as a joke, you know, and brand peoples leather jackets. Jokingly we put up a sign saying ‘for free get branded’ and people actually went and did it, 8 people to be exact!

RAMzine: How long had the band been a thing before that was happening? Did they know what they were doing?!

Manuel: That’s the funny thing, no, because I mean for me in another very douchey, artsy sense, it’s like if you’re just going to blindly follow someone you might as well just get branded. That was like the joke we did, and they just kind of confirmed that!

RAMzine: Wow that’s scary, I do hope they like what you’re doing now!

Manuel: Yeah, we were about like six months prior to the first branding, so I’d say that was a very wise decision on their behalf!

RAMzine: So who are you’re favourite bands now? Who influences you to keep writing and doing what you are doing?

Manuel: Aphex Twin and Bjork for sure, not really much in the way of metal bands, I mean Gojira though for sure and everything!

RAMzine: Well you’ve such an eclectic taste in what you represent and how you perform etc., and I am sure you use certain things for your sound like Axe-FX on stage, but when you’re at home, what sort of gear do you use to get your sounds?

Manuel: Wow, well at home I guess I just use whatever is closest to me and my computer and I run it through amp simulators because I am fucking lazy and stuff!

RAMzine: There is nothing wrong with that! In this day and age we have it all at our finger tips, so why not?!

Manuel: Yeah exactly! And I mean for amps, I used to have a big ole Engl amp stack, but that broke and ever since then I’ve been using my computer because I am poor haha! 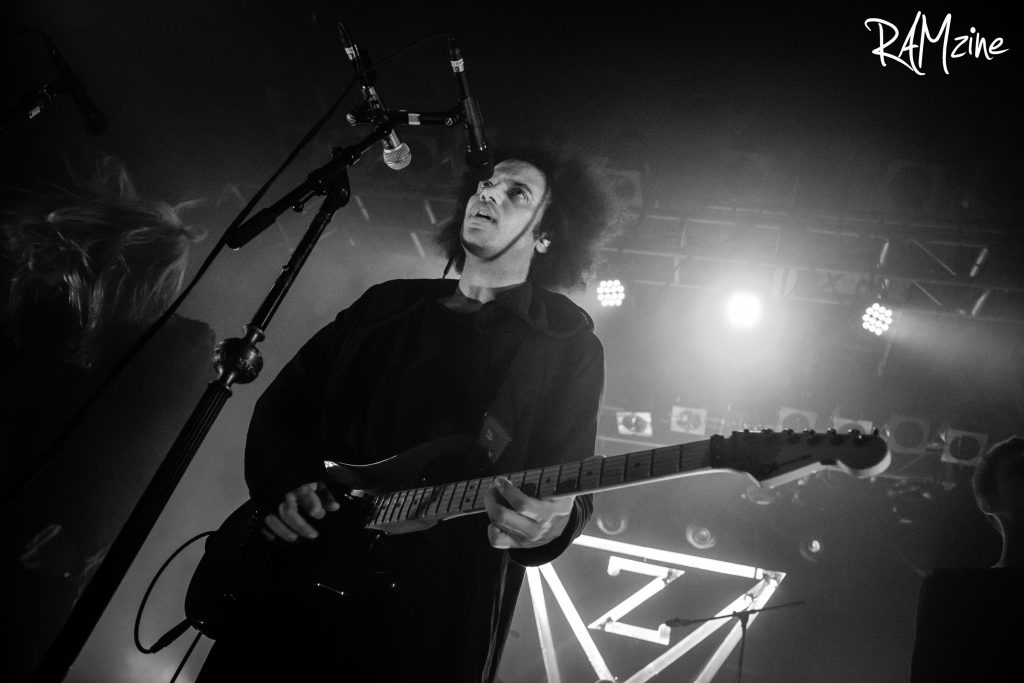 RAMzine: Haha, no I am just the same! Had a whole Marshall half stack and now I’m currently down to a Roland 30w because I can just play through the laptop, but it does the job! I can’t knock you on that haha!

So the past year alone, the growth of your band been phenomenal, I mean this time last year I had no idea who you were, I’ll be honest, I was sent the album to review, I didn’t like it, I just couldn’t get into it, but I gave it a few more goes and it has slowly grown on me, and now I really enjoy it (it did make my top ten releases of the year post-interview!). You have clearly had a great year with getting your name out to the point I can’t really go anywhere without hearing your name about. So how does it feel to be in this situation where you have gone from such a small community to such a large community that people are calling for you at festivals?

Manuel: Yeah, it’s fucking bizarre, but since the majority of the time we are just gigging and on the road, it’s like almost always the same situation, so it does get slightly bigger and bigger, but due to it being an every day thing, we don’t really see the growth and it’s just suddenly we’re here, and it’s a thousand odd capacity venue, I know it’s not sold out or anything, but still it’s a huge venue for us, and we don’t really know how we got here to be perfectly honest! I mean, we know it’s a hype thing and that doesn’t tend to last forever, so we’re just going to ride this as long as we can!

RAMzine: I get that and it’s a good attitude to have! I see it time and time again from bands that have done maybe something slightly different and they think that’s it, they’ve made and it and then they just disappear.

Manuel: Yeah exactly, that’s just it, we know there is a shelf life and we know, we all know, so I’m just having the time of my life touring around the world with my friends and yeah, I’m not arrogant enough to say that we deserve this or this will last forever but yeah haha!

RAMzine: How do you actually find the people to bring into the band? I mean I can’t imagine there are many people that are trained to sing in the way they do like you have on tour, and be into that sort of stuff!

Manuel: Well no one is really trained to be able to do that, I mean these are actually just friends of mine from my home town who happen to be really brilliant musicians! I am just lucky as fuck! I mean what are the odds!

RAMzine: So you all spend so much time together on the road and stuff, what are the guilty pleasures? You all must have found something on each other, I mean you don’t have to say your own, you’re more than welcome to throw someone else under the bus haha! 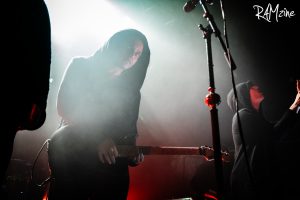 Manuel: Oh I have tons of them! I mean I’m rocking my N Sync shirt right now, so yeah haha! We aren’t too hidden about those things! There is a lot of shitty German songs that are famously bad that we, I mean as soon as they are on they are on. I mean there’s Bluetooth on the bus so we can hack into it and there’s a contest to see who can play the worst songs and that’s early in the morning!

RAMzine: I know that pain, the guy I’m living with currently plays this Russian thing, I don’t even know but I hate it, truly hate it! I don’t know what it is, but it’s called Little Big, check it out, even if just for the videos on YouTube, I am sure everyone is going to hate you haha!

Manuel: What? Little Big? Hahaha, you just gave me a weapon, I love it!

RAMzine: Haha it is terrible! I can hear it when he puts in on in the morning having a bath or whatever! I mean he is a hardcore metalhead as well, and I hear this every day!

Manuel: Wait, he chooses to listen to that?! Because we only do it to torture each other! That’s the whole fun part of the situation!

RAMzine: I think it is partly for that haha, but it feels like it is more than that now, there is only so many days you can get away with it!

And with that we both shudder and laugh and close out our interview. We cannot thank Manuel, Zeal and Ardor and the PR team behind the band enough for their time, and just in case you didn’t believe us, we had to get a shot with Manuel, N Sync t-shirt included!