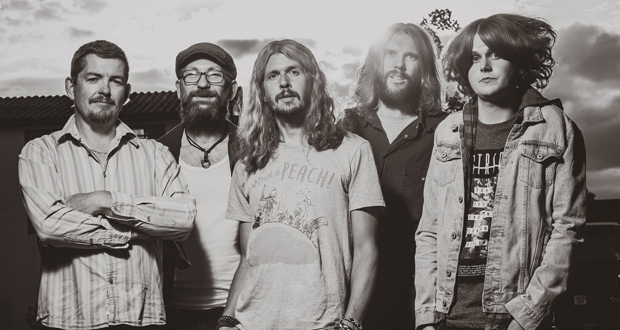 RAMzine is pleased to present you with the premiere of new single ‘Worn & Torn’ by blues-infused 70’s-style rockers, Clams. The Dorset five-piece were first on the scene somewhat 20 years ago and after various obstacles and line-up changes over the years, they are now in the position to release their first tracks in over a decade.

As soon as you hit play on Clams new track ‘Worn & Torn’ Peter Giles immediately stands out on the drums, you hear Lee Cross on the keys which adds the start of those 70s tones, quickly followed by Olly Hopper on Bass and Jon Kearley on Guitar. Rich Peacock teases his entrance on vocals before energetically taking you through the first verse. Vocally strong with real power backing them up – you could say the true spirit of rock n’ roll can be obtained when listening to them.

Clams had planned to release their new album Stone Lane this month, however due to the global Covid-19 crises, like many others they had to cancel their album launch gig. Instead, the band have decided to release a two part EP series called The Road To Stone Lane, over the coming months. ‘Worn & Torn’ is the first single from Part 1 of the series and we can’t wait to hear more.