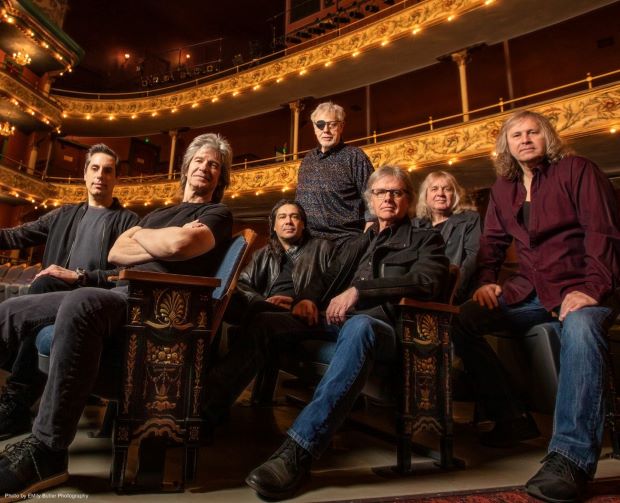 Following news of their forthcoming album The Absence Of Presence to be released on 26th June, Kansas have brought out a promotional video previewing tracks from the record.

Kansas lead vocalist Ronnie Platt hosts the video presentation, offering fans a sneak preview of what they can expect to hear on the album, and you can watch it right here at RAMzine.

“We are really excited for our fans to be able to get a taste of what is to come from The Absence Of Presence, saidPlatt. “I think people will really be surprised by the album. ‘The Absence of Presence’ shows the band firing on all cylinders.”

The Absence of Presence will feature the following tracks: ‘The Absence Of Presence’, ‘Throwing Mountains’ ‘Jets Overhead’, ‘Propulsion 1’, ‘Memories Down The Line’, ‘Circus Of Illusion’, ‘Animals On The Roof’, ‘Never’ and ‘The Song The River Sang’.

For more about the album and other features on Kansas at RAMzine click here.