Rainover – Transcending in the Blue and Drifting into Rebirth 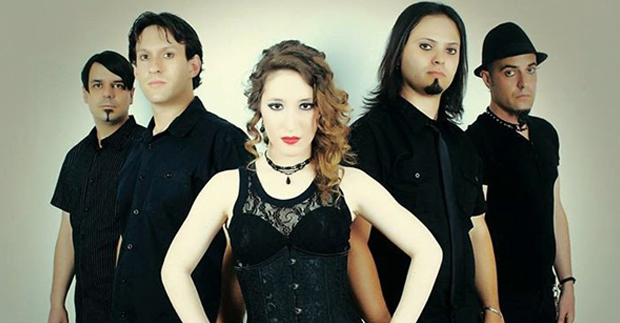 Album: Transcending in the Blue and Drifting into Rebirth

Writing for a number of webzines can bring its rewards and there is no bigger reward than being sent over a band that captures the imagination and creosotes the senses in a rich magic that keeps on giving. I was introduced to this band by Crimson Moonzine run by Summon is a zine that caters for everything and anything that is not pure unadulterated brutality! Not that I will ever be tired of listening to brutish metal, but sometimes something comes along that leaves you begging for more!

Rainover from Spain, are really no ‘ordinary’ Gothic band. This group brings a certain magic to your ears, colour to your dreams and hope to your horizons. On first activation they will have you gripped and salivating at the mouth, not to mention being awe-struck! The momentous and epic strides are bold and yet executed with a certain amount of humbleness.

The music is free flowing and simply oozes flawlessly possessing a schizophrenic personality – meaning it isn’t all angels – there are a few hidden demons within the tracks, although if you can have good demons -Rainover present that in abundance.

Backed up with melodic passages and deep resonating rhythms that weave their magic into a tapestry of sound producing magic without the use of a wand!”

They know how to compel, enthral and captivate with an insatiable appetite that never falters, and goes on to thoroughly satisfy all the urges. The melodic twists never know when to stop but keep conducting eager rhythms that will truly put you in a spin and catch you off guard.

The emotions are raw and unforgiving but steeped in a rich elegance that surfaces throughout the deftly sculptured tracks of wonder. There are deeply superb angelic tones created by Andrea (vocals) and a darker, sinister edge from Antonio  (backing vocals), who also plays the hypnotic bass hooks on the album.

Although Eurovision has become a bit of a joke these days, if you do get on the show –  your song will catapult into homes everywhere. It can boost a bands ratings into the mainstream. Which is why so many people know who Lordi are.

Rainover made an extraordinary appearance on Spanish Television as semi-finalists for the Eurovision Festival in 2009 after receiving more than 31,000 votes via the internet, how many bands can say that?

Can 31,000 people be wrong? I don’t think so! Rainover are far superior to some Gothic Metal bands I have heard in the past and that is attributed to the angelic vocal chords from Andrea and the growling undertones from Antonio that assemble into one neat impenetrable force, backed up with melodic passages and deep resonating rhythms that weave their magic into a tapestry of sound producing magic without the use of a wand!

Rainover are masters of their source and accomplished a truly memorable album, despite being released in 2013 this is a timeless master-piece that can be savoured and enjoyed for years to come!

See Rainover live on May 9th at The Dames of Darkness Festival @ The Robin 2, Bilston. Weekend tickets available here.