Review: As it is – Never Happy, Ever After 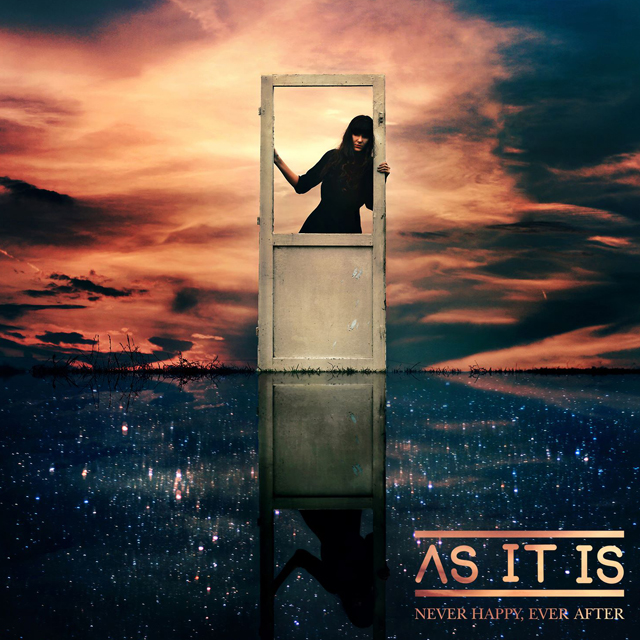 Since 2012 this Brighton based 5 Piece have been making a name from themselves. Fronted and driven by the charismatic Minneapolis-born Patty Walters, a popular YouTuber, As It Is signed recently to Fearless records and are now releasing a long awaited debut album. Refreshing and summery , driven by hooks and catchy choruses. They’re bound to be a hit on the Warped Tour, where they’ll be found for the first time this coming summer – no doubt winning over those who (like me) were sceptical of them based on their links to the YouTube community. On first hearing I was immediately won over despite my doubts; surprised and impressed from start to finish and have had it on repeat every day since first hearing it. The songs are well written and the production is impressive, and really showcases As It Is as a band with big ambitions who can also back it up.

The opening song, Speak Soft draws you in, instantly creating the album’s optimistic feel good atmosphere, its upbeat rhythm and catchy lyrics making it easy to imagine a huge crowd shouting them back. With the first half of the album having previously been released on YouTube, the album includes hits such as Cheap Shots & Setbacks and the fan favourite Dial Tones. These quintessentially pop punk tunes may not be groundbreaking, but they still make it clear that As It Is are a band that have something special.

As it progresses, the album becomes less upbeat and more melodic- ‘Can’t Save Myself’ has emotional vocals and the darker subject matter blend seamlessly with each another and giving the album a moodier edge to counteract the sunny optimism of the earlier tracks. This album could definitely be a gateway for younger fans potentially coming from more pop music directions, as it contains a nice variety of pop punk archetypes and in doing this could lead a new wave of pop punk through them. If you’re expecting something cutting edge and never done before then this album isn’t the one for you, but if you’re looking for feel good and genre typical pop punk then look no further.

It’s always good to hear new band putting UK pop punk back on the map, and hopefully in the future we’ll see them develop their very clear potential, maybe following in the footsteps of bands like Kids in Glass Houses and You Me At Six and proving not only is there still a place for the UK in the pop punk scene, but also that there is still a place for classic pop punk in the alternative scene.

Out Now via Fearless Records.