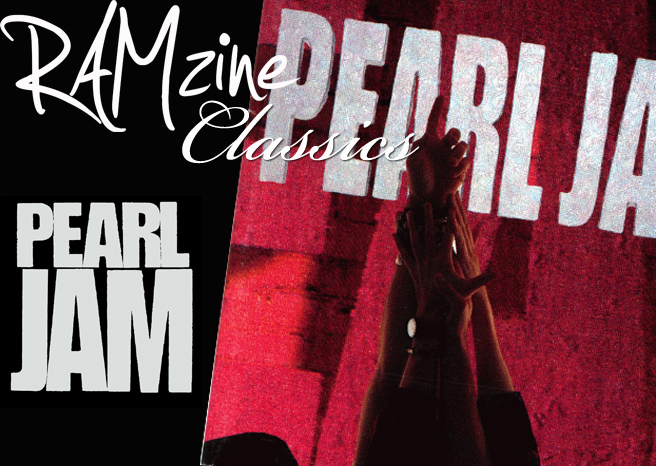 Grunge is certainly a branch of the metal family tree that has divided opinion. However, Pearl Jam with their seminal release “Ten” created an album that bore all the hallmarks of metal. There were riffs, big sweeping choruses and more melodies than you could shake a stick at. Frontman Eddie Vedder’s signature vocal style really set this album apart from their Seattle contemporaries, like Nirvana, Soundgarden and Mudhoney, when it was released in 1991. Backed by guitarists Stone Gossard and Mike McCready, bassist Jeff Ament and drummer Dave Krusen, the band forged a sound more accessible than that of their grunge counterparts. It was simply more musical.

“Ten” opens with “Once”, a track which immediately sets out what Pearl Jam are all about. After a strange sounding intro piece, which Vedder’s ethereal vocals are briefly heard, the song fully kicks in and propelled by the driving rhythm guitar it kicks in at a pace. Vedder’s unique vocal style is immediately a massive factor, with the natural groove in his voice really complementing the organised chaos surrounding him from the rest of the band. A really solid opening track that sets a positive tone. 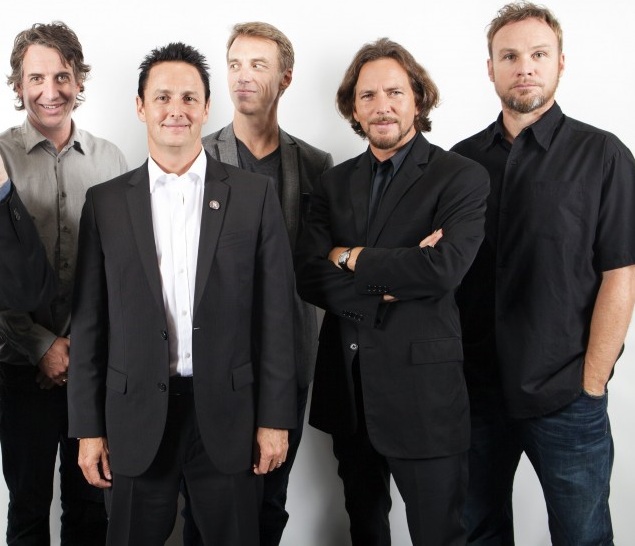 Next up is “Even Flow”, arguably one of Pearl Jam’s biggest hits. Immediately kicking in with the song’s stomping groove, the verse is built around Vedder’s jabbering vocals and Krusen’s funk inspired drums. The chorus offers a massive sing a long and is probably one of the main reasons why the song was such a breakout hit for the band. The mid-section guitar solo is simply sensational, and this penchant for virtuoso playing is what set Pearl Jam apart from their grunge counterparts.

Following on from this is another of the album’s biggest highlights, “Alive”. This is the first song on the album that shows the band’s slower side, with the melancholy vocals from Vedder really sounding like a cry for help, yet with a rebellious touch. The guitar intro is so bluesy and harks back to the bands influences. The deep lyrics really come across perfectly in this song and the way the chorus melody marries the guitar chords is positively heart wrenching. Once again there is a ripping lead guitar section, which really borrows heavily from classic 80s metal, with emotion crying out from every guitar note. This is simply a stunning song.

Up next is “Why Go?” This song has a brilliant bass line which fits with the drum groove perfectly and lays a solid foundation for the guitar effects that follow. When the vocals kick in, the guitars drop straight out to a simple palm muted picking pattern. Gossard and McCready are masters of playing the perfect guitar pattern for the song, and here is a great example of this.

Next is the clean and melancholy “Black”. This side to Pearl Jam is simply haunting. The vibe of the music conjures up chasing shadows through a dark old house, and reflecting on what might have been. This universal appeal is what has made Pearl Jam a timeless rock band, and not just a band from the Seattle grunge explosion. The sense of melody in this song is simply stunning. The introduction of the piano increases the emotional effect, and at the end this song can only be described as one of the most heartfelt and pure ballads of all time.

Following the previous unexpected masterpiece is “Jeremy”, the song Pearl Jam became most famous for. This cautionary tale of teenage angst is simply brilliant, and really connected with the teenagers who liked Pearl Jam’s music. The haunting lyrics and guitar tone create a wonderful effect that build to a great crescendo as the song enters the final parts. A well structured single, yet a song which still has a much deeper meaning, thus keeping the integrity of the band intact. 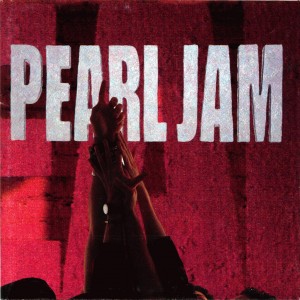 Next up is “Oceans”, a song which has such sonic imagery, it creates the illusion of looking out at crashing waves over a clifftop. The ethereal sounds are a departure from the majority of the album up to now; the lyrics mould with the rhythms brilliantly, and once again shows the variety that Pearl Jam have in their songwriting.

Following this is “Porch”, a song which returns to the dark rock and roll of the early part of the album. It swings brilliantly, at a genuine pace. Vedder sits the lyrics as if his life depended on it, and then holds notes at great length in the chorus parts. His versatility as a singer is simply unquestionable and is one of the most underrated frontmen of the last 30 years.

Up next is “Garden”, which immediately switches the album back to the haunting vibe. This sudden switch is a work of genius and allows the band to really gather in a variety of listeners. This is much heavier than the other ballads and the vocals really drive the guitars along. Gossard and McCready play perfectly for the song once again, and the brief vocal harmonies in the verses add a great effect.

Following on is “Deep”. This song offers a great blues funk-feel, and the first appearance of some odd time signatures on the album. The 6/8 feel really brings another versatile side out of the band; they’re not afraid to experiment to keep the listener’s attention. The hallmarks of the band are all there, and if anything Vedder’s vocals are more aggressive. A real surprise highlight.

Closing the album is “Release”, another haunting ballad. The vocals here are almost at a baritone, which shows Vedder’s full vocal range off. The layered guitars complement the melancholy lyrics once more, and this really closes the album off on a stunning note.

In closing, this album is simply the best album to come out of the grunge era. Pearl Jam may not have been the biggest band in that particular era, but they were musically by far the best. Their versatile sound, influenced by so many classic rock and metal bands was always going to be a winner. “Ten” is definitely a ten.

FOR FANS OF: Soundgarden, Mudhoney, Creed