Rebels with a Cause: New Book Exposes ‘Secret History’ of Original Rolling Stones 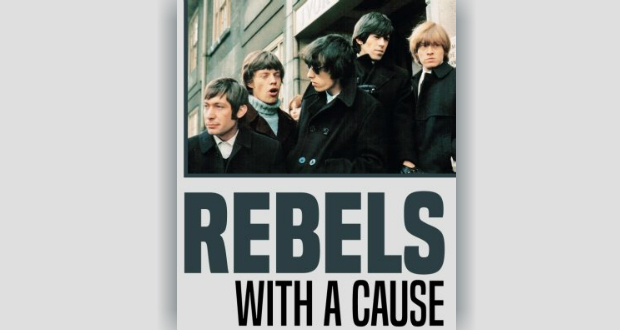 Books about every aspect of the life and times of the Stones are not exactly thin on the ground. You name the time period, the song, the event and the person during their fifty-year plus existence, and it’s pretty much a certainty there’s a book covering it somewhere. Many of them eulogise the Stones in terms of their longevity and of what they went on to become, the Greatest rock ‘n roll band in the world, and adopt an uncritical view of how they got where they are today, with Jagger, once seen as a threat to the established social order, now a knight of the realm and a member of the MCC, Keef becoming The Human Riff and the band an accepted part of the social wallpaper, where seeing the Stones in concert has become a box to be ticked for the millennial generation.

Graham Gordon, however, adopts a very different perspective in his very entertaining and illuminating new book. He begins from the standpoint that they are, in fact, two different bands entirely and that the behemoth they’ve become is nothing whatsoever to do with the real essence of the band when they began in 1962. He argues they’re The Stones, the stadium-filling juggernaut playing their greatest hits on ever more elaborate stages to huge crowds, but before them there was The Rolling Stones, the band named after a song by one of their blues heroes, Muddy Waters, influentially led in their early days by Brian Jones, and who produced far better music in their first couple of years together than they ever went on to make later on, when they became a mega-selling outfit. 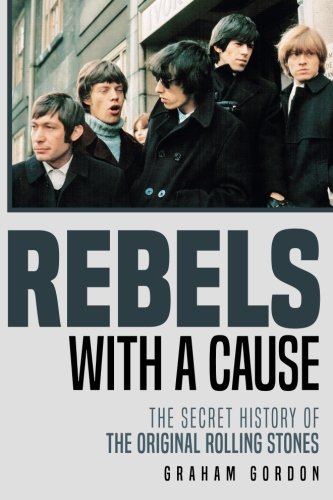 Amongst the pleasing things about this book is that it dispels the prevailing notion the band was formed by Mick and Keith. It wasn’t. The band was founded by Ian Stewart and Brian Jones, who gradually got Mick and Keith to join them, followed soon afterwards by Charlie and then Bill, and their contribution to the music of the Rolling Stones was inestimable. Stewart seems to have been airbrushed out of much of the early Stones history, so it was pleasing to see him being reinstated. Similarly, the role played by their first unofficial manager, Giorgio Gomelsky, is emphasised, with him landing the group many of their early gigs, notably the Station Hotel, Richmond, before they hooked up with Andrew Loog Oldham, who set them on the way to becoming The Stones from the mid-sixties onwards.

In the beginning, says Gordon, The Rolling Stones were a band of young blues evangelists, who drew their inspiration from, and dedicated themselves to, playing Rhythm & Blues and, in the process, becoming skilled practitioners of their craft. Keith became the essential link between Chicago blues and the development of a pop sensibility which depended on musicianship, which is where the early band excelled, as he was an outstanding interpreter of the blues, alongside Brian Jones’ ability on guitar and the harmonica. This enabled The Rolling Stones to be able to take blues classics and rework them whilst, at the same time, remaining true to the spirit of the song. Listen to tracks like ‘Mona’ and ‘I’m a King Bee’ from their debut album and the guitar work of Jones and Richards stands out.

From here onwards though, argues Gordon, The Rolling Stones gradually became a hit-making machine, under the guidance of Loog Oldham, who marketed the band in direct contrast to what was then the wholesome image of The Beatles. He encouraged Mick and Keith to stop with the blues covers and to write their own songs. This they did, meaning their records eventually lost any blues connection, they made lots of money and helped pave the way for what became known as Progressive Pop with tracks like ‘Paint It Black’, and eventually they morphed into The Stones, all of which coincided with the fact the influence of Brian Jones was gradually being reduced, partly by his own untreated illnesses and drug habit, but mainly by Loog Oldham’s machinations in marginalising Jones’ influence on their music. Once Jones’ influence was eliminated, the last link with their past was broken. Thus, the Stones became even bigger, wrote some of the greatest sixties hits in pop’s high canon, but in doing so, they lost their guiding light and founding spirit.

So, it can be no coincidence the best album The Stones have released for many a very long year is their 2016 return to the blues with Blue and Lonesome, going right back to where it had all begun for them, and paying homage to Howlin’ Wolf and Little Walter, amongst others.

This is a book for anyone wanting to know how The Stones grew from being early sixties blues crusaders to become what they now are, particularly if you’re interested in how they lost that indefinable ‘something’ they once had along the way.

‘Rebels with a Cause: The Secret History of the Original Rolling Stones’ by Graham Gordon is available now: http://amzn.to/2z6dpQk.