Home Reviews Album Reviews Review: Alter Bridge – The Last Hero
Share
Facebook
Twitter
Pinterest
Linkedin
Email
Print
Mix
Every few years, there is an album that is released, that is considered so near perfect it will go down in music history as a record that defined that era. Examples being: Pink Floyd’s Dark Side of the Moon, Nirvana’s Nevermind and Metallica’s Master of Puppets. Alter Bridges fifth outing The Last Hero, could well fit in that category too.
I have seen many articles written over the years about Alter Bridge, claiming that they could be as big as Metallica and such. Strong words, but since their debut album (One Day Remains – 2004) they have gone from strength to strength and show no signs of slowing down any time soon.
I’ll get straight to the point, The Last Hero is phenomenal.
It’s easy to see why the guys chose ‘Show Me a Leader’ as the lead single and first track on the album. From the build-up of the opening riff to the end of the song, Tremonti’s guitar work pumps through without so much as a pause as he executes each solo with ease. Kennedy’s vocals are also on top form here, solidifying his claim to having the “Best Voice In Rock” and equally as impressive is Phillips’ (Drums) and Marshalls’ (Bass) rhythm section as they crash through the song with pure ferocity and power. Lyrically about the bands desire to see a leader make positive changes and not be just another pawn to politics. Can‘t ask much more from an album opener.
‘Writing on the Wall’ and ‘The Other Side’, the albums next two tracks take the same path as the opener, in that they are loud, angry and fast. They are the bands heaviest songs to date (till later at least). On ‘The Other Side’, probably the most lyrically aggressive song on the album, Myles declares “If you believe yours is the only way / Then you’re a fool who needs to die“. The song seems to share a lot of comparisons with ‘Words Darker Than Wings’ from their AB3 album, with its overall message being able to deal with the inevitability of death. On ‘With Writing On The Wall’, the guys target people who believe climate change is a myth. It’s political but doesn’t come across as them shoving it down your throat.
With Track Four, ‘My Champion’, the second song that the band released prior to the album coming out is a bright, upbeat mid tempo song that provides an inspiring message to those who may feel they are never good enough and those things have a way of working out as it says, “…to show you that your destiny is not defined by things you couldn’t see”. My Champion continues the “trend” of uplifting songs that we have seen on previous outings. (‘Rise Today’ – Blackbird, ‘Ghosts of Days Gone By’ – AB3, ‘All Ends Well’ – Fortress).
The inspiring tone is continued with ‘Poison in Your Veins’, however with this song, it’s far more direct and in your face heavy. Coming across as almost like an inner monologue to a person, saying “take chances and live courageously”. For ‘Cradle To The Grave’, the band revives the heaviness in full force. Starting heavy it slowly transitions into a track full of emotion. Highlight of track six (as is the entire of the album), is Kennedy’s vocals, showcasing a deeper style than what we’ve ever heard before. 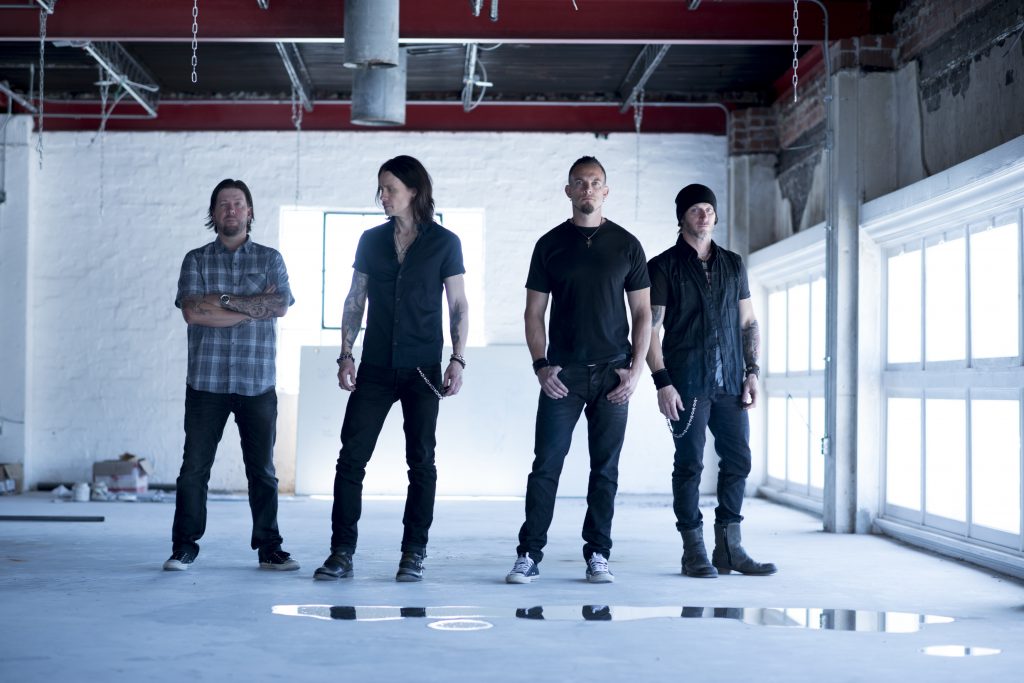 Sounding like its been taken straight out of the Blackbird sessions, ‘Losing Patience’ is a song that starts with a fuzzy opening riff and features one of the best choruses on the album (I had it stuck in my head for two days). The song will definitely be a crowd pleaser when played live.
With ‘This Side of Fate’, the longest track on the album, shows all four members attempting to perfect the sound they created over 10 years ago. A finger-picked intro with repeated bass notes, whilst Myles overlays some soft but high vocals. Listen out for Myles’ superb bluesy solo.
The next track that comes along, ‘You Will Be Remembered’, the band take the emotions that we’ve experienced up until this point and push them into high gear. We’ve had joy, anger and fear. However this song causes the listener to become a billowing mess on the floor for four and a half minutes. Close your eyes, think and reflect. If I had to pick the best song on the album it would be this one. Again, the subject is not something that we’ve not heard before (Watch Over You, Wonderful Life and In Loving Memory) but Alter Bridge really do excel at these songs.
Following your mental breakdown during ‘You Will Be Remembered’, its ‘Crows On a A Wire’ that will help you pick yourself up. The song is a dig at the rich and famous and the idea of fame within our society. Kennedy yet again out does himself here, mainly on the chorus, where he’s able to use his full vocal range. There’s up, downs, left and rights here.
The only word I can use to describe ‘Island Of Fools’ is: Brutal. But in a good way. Tremonti’s fret work is at its best here, while the rest of the band continues to fire on all cylinders. It does feel like its come straight out of a Dust or Cauterize session (Tremonti’s solo albums), this is no bad thing, it still feels like Alter Bridge, but it’s the rhythm section that is able to differentiate the two bands. Guitar shredding fans will love this.
Myles’ song writing gets philosophical in ‘Twilight’, as he asks us to think about what it would be like to look down upon humanity, perhaps after death. It’s something he has touched on before during his time fronting Slash and The Conspirators, with the song ‘Starlight’. Tremonti’s solo toward the end is one that will certainly boggle the mind.
Acting as the bookend to the album is the title track, ‘The Last Hero’, the guys throw everything they have into this song, including the kitchen sink. The song goes through many moods during its 7 minute run time and every member excels themselves even further than they already have done. The songs asks the listener “Who are the heroes of the world? Are there any real heroes in the world right now?”.
Concluding, Alter Bridge has not only crafted the best album the band has ever recorded to date, but in ‘The Last Hero’, they have produced the best rock album for the past 15 years. Yes, you can quote me on that.