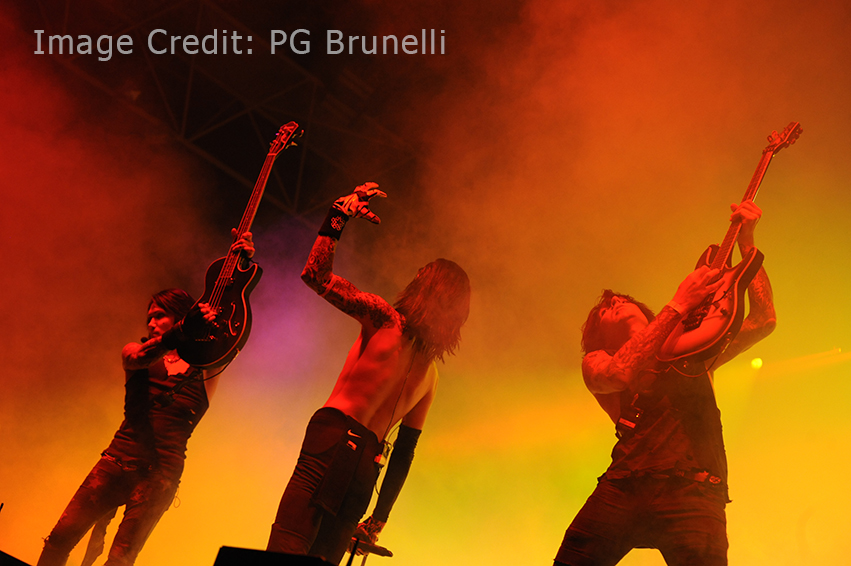 As another year comes closer to the end, so does the Vans Warped tour UK. This year saw many bands, both old and new, come together for one of the best days of the year!

With such a huge offering, we were only able to catch a fraction of the bands, but we did however catch the cream of the crop!

First up was The Word Alive, as the first band of the entire day they held the biggest crowd until later on that night. They set everyone up for what was to be one hell of a day. Full of energy and nothing but love for the UK, they had the East Stage jumping until the music stopped. This band will always be one of my favourites and this set reminded me why.

After a quick 10 second shuffle to the sister (west) stage, we saw the return of Metro Station. The LA pop band made an entrance like none before, reciting that the band was back together for a new venture into ‘This Crazy World‘. Everyone in the building was singing along and as soon as they started playing ‘Shake It’ the whole place erupted into song and dance! It wasn’t until they played a ‘new song’ that everyone realised what this might mean for the future of the band…

We then had a pit stop; a bite to eat and pint or two of golden nectar; as we sipped out drinks, we took some time looking around the various Vans and record label merch tents. 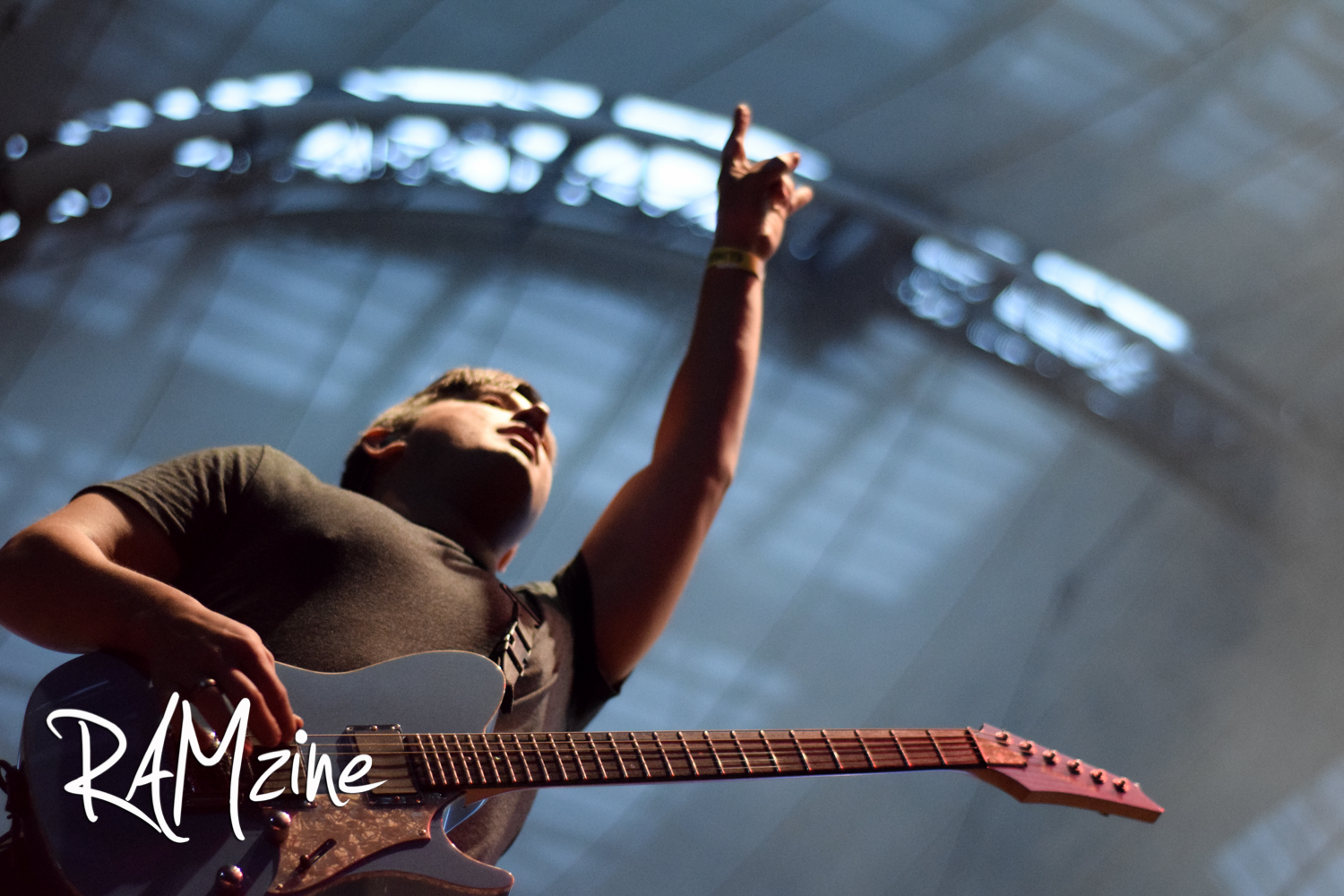 Next up was the one, the only, August Burns Red…. The first band to hold the new title for “Biggest draw” goes to these guys, before they had even got on stage!
As always William Jacob ‘Jake’ Luhrs was ready to not only tear the shit out of the stage but also get everyone to do the same! The circle pit was intense, much like a bunch of wildebeest being ravaged by a pack of lions. The stage presence was unreal as the whole band took turns in showing some flair and demanding more. This is by far one of the best performances I’ve seen to date. 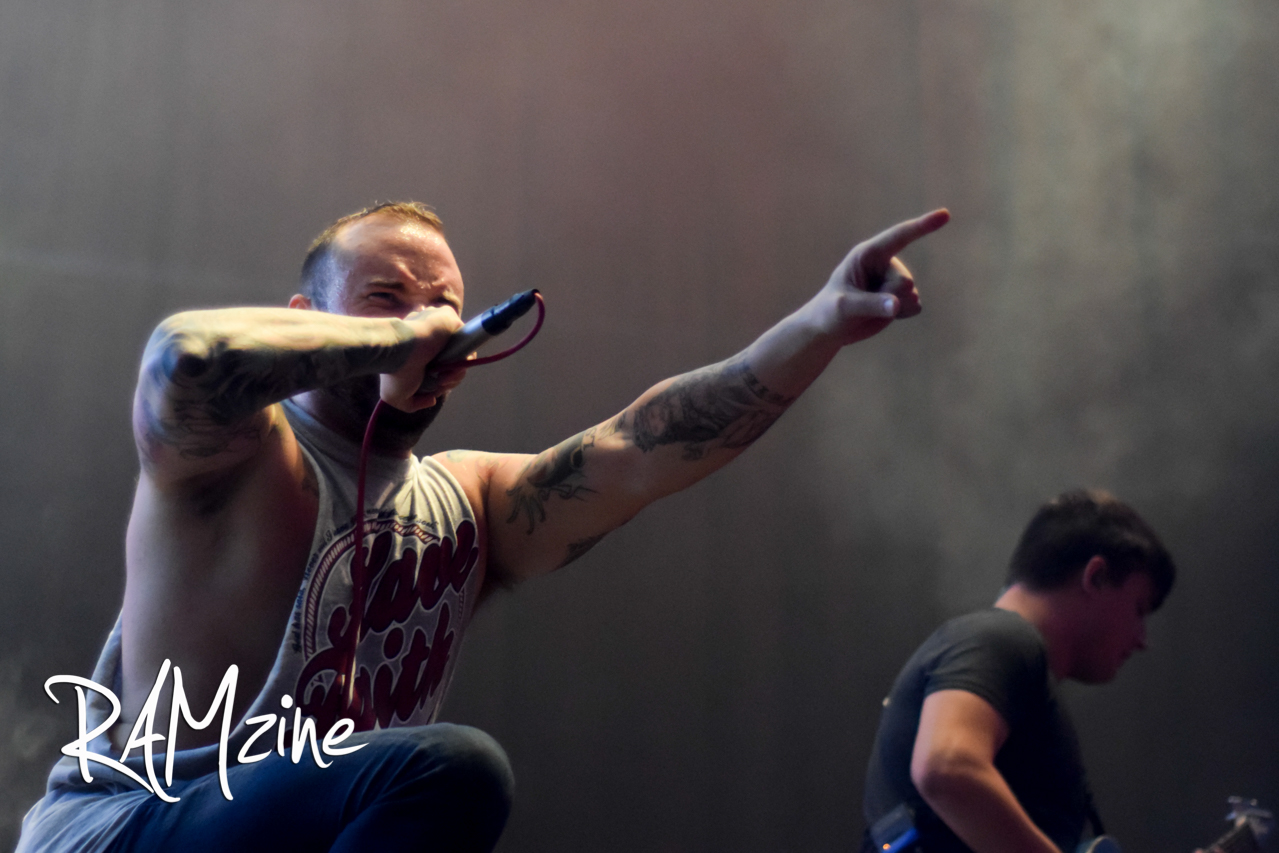 Over at the Jukely Stage, I caught Beautiful Bodies; a band I had never heard of but quite frankly, I am extremely happy I let these guys into my life. The female fronted rock n roll band from Kansas took the crowd by surprise and had a belter of a performance. Even though not many knew the words, everyone was jumping and enjoying the show. One of the first things I did when I got home was check these guys out on YouTube and Facebook, and I honestly think you should do the same.

Then it was time for a band I really enjoy, Chunk! NO, Captian CHUNK!. The band have been around since 2007 but I was surprised to find out not that many people had heard them before their latest album. The French “Easycore” band that take from pop punk, hardcore punk and heavy metal absolutely destroyed the stage, with their formidable performance! Throwing together both old and new songs, if you wasn’t a fan before, you are now! And to cement this, one of the bands favourite covers ‘All Star’ went down a treat, much like a nice cold cider on a hot summer afternoon! After the show Bertrand Poncet ran over to the merch stalls for a meet and greet, signing flyers and t-shirts and posing for selfies. What and epic half hour that was! 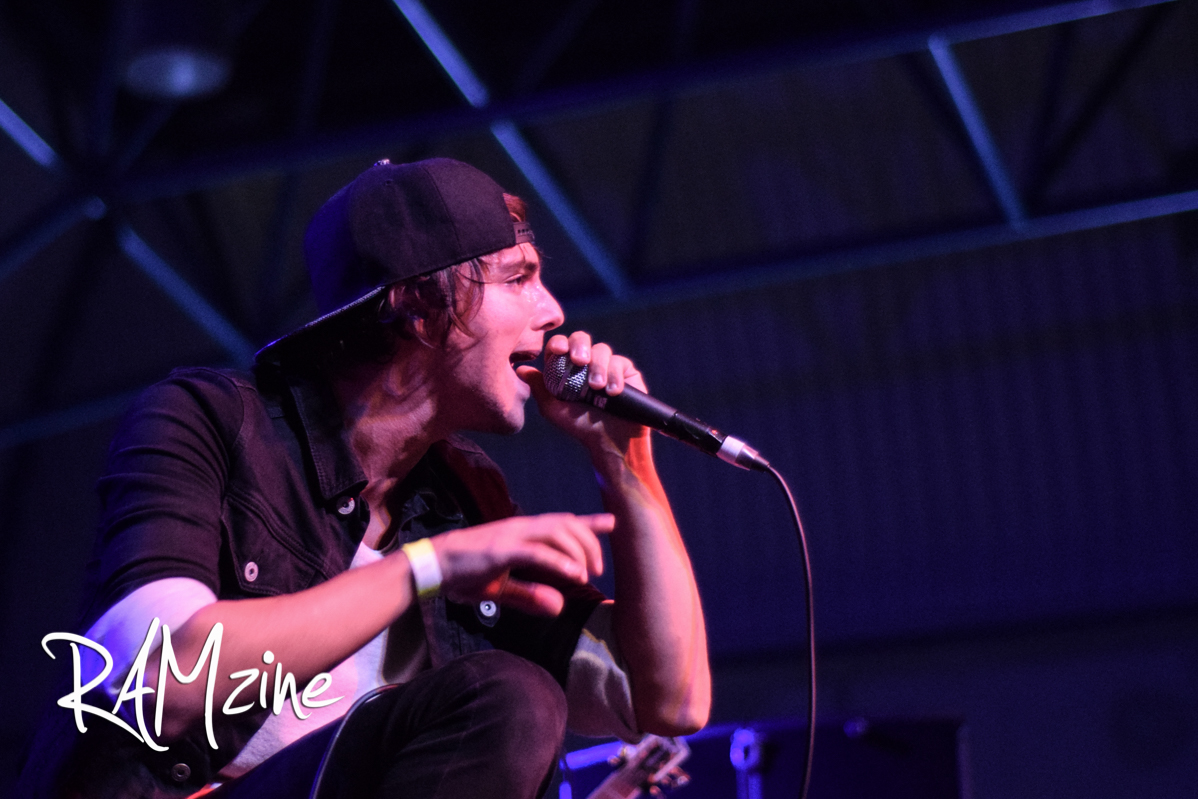 Next it was back to the main stages as I was preparing for the headliners, I was able to catch Reel Big Fish, while fellow RAMzine crew members Marcus went to watch one of his personal favourites, The One Hundred. Now, I don’t want to take anything away from RBF as they have been around a long time. They have seen bands come and go and they still stand, but (yes there is a but) I was able to narrate the entire performance start to end including sections between songs as if I was from the future. Sadly, as much as time travel excites me this is not why I was able to; the band have played the same set list for over 5 years now, and it’s every show no matter where they play. So aside from having seen it before many times they did of course rock the stage and have everyone skanking. Rant over.

Now the moment I had been waiting for, Asking Alexandria. The first time in the UK with new vocalist Dennis since the dates earlier on got cancelled. And what a welcome to the roots of the AA family. The stage performance was what you would expect from these now veteran post hardcore metalers! My only gripe (this is a HUGE statement coming from an AA fan) was as fantastic as Dennis is, being able to sing and scream with perfect transitions, the mic volumes needed sorting. When he was singing I couldn’t help but hear Danny Worsnop’s voice in the backing track that was playing. When he was screaming it was predominant and strong and got everyone going. The interaction between the band and the crowd was a nice touch. They played two new songs written with Dennis and closed with ‘The Final Episode‘. 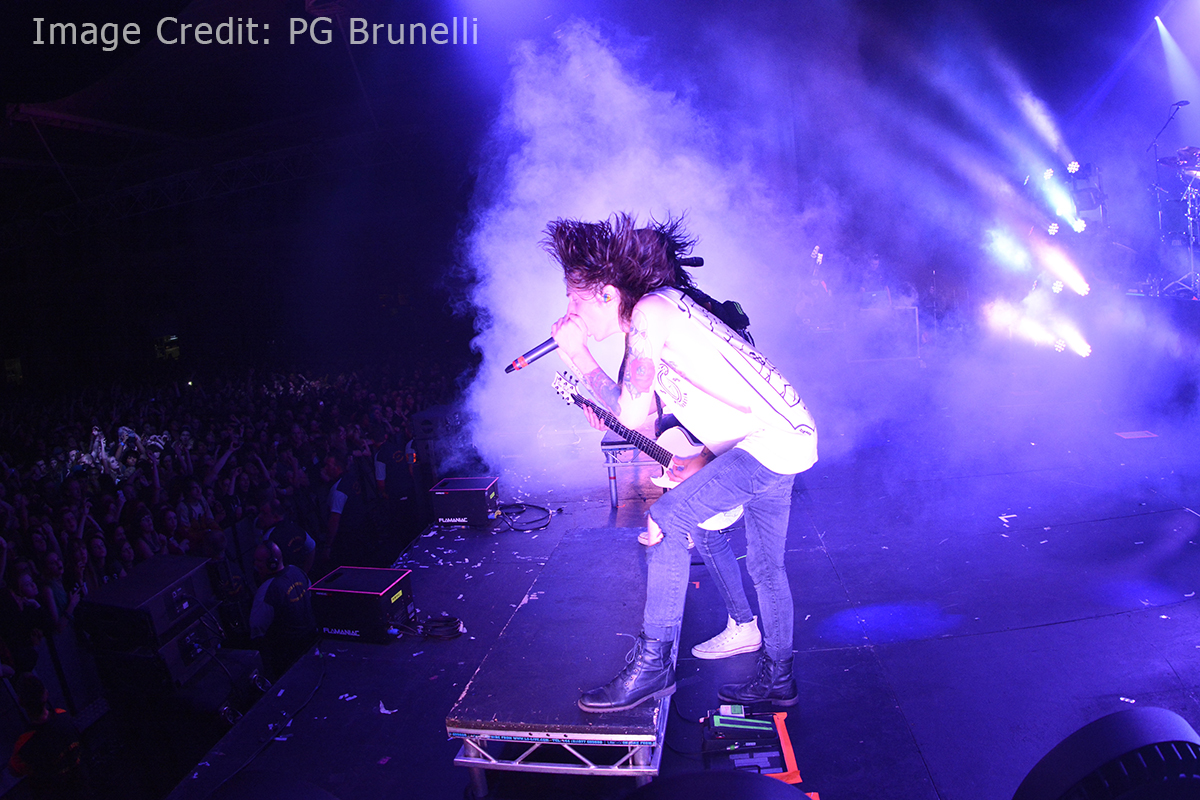 Having caught them in top form at Download earlier in the year, we knew what to expect from Black Veil Brides, they put on another cracking show. See our interview with the band here.

In all, Vans Warped Tour UK was an incredibly impressive event; the stage set up and number of performances squeezed into one day was astonishing. There was a great selection of food and drink and they did open the toilets, eventually.