Freight railways were the only means of transportation for the bluesmen of yesteryear. The musicians jumped into the back car not just because they couldn’t afford a passenger ticket but often because they weren’t allowed on board a service that had been designated ‘whites only.’

Hours spent with other artists hidden away in the cattle sections, perhaps armed with rhythm guitar and blues harp, meant that these musicians hand-crafted their songs along the way, and naturally enough their songs were often dedicated to the train. 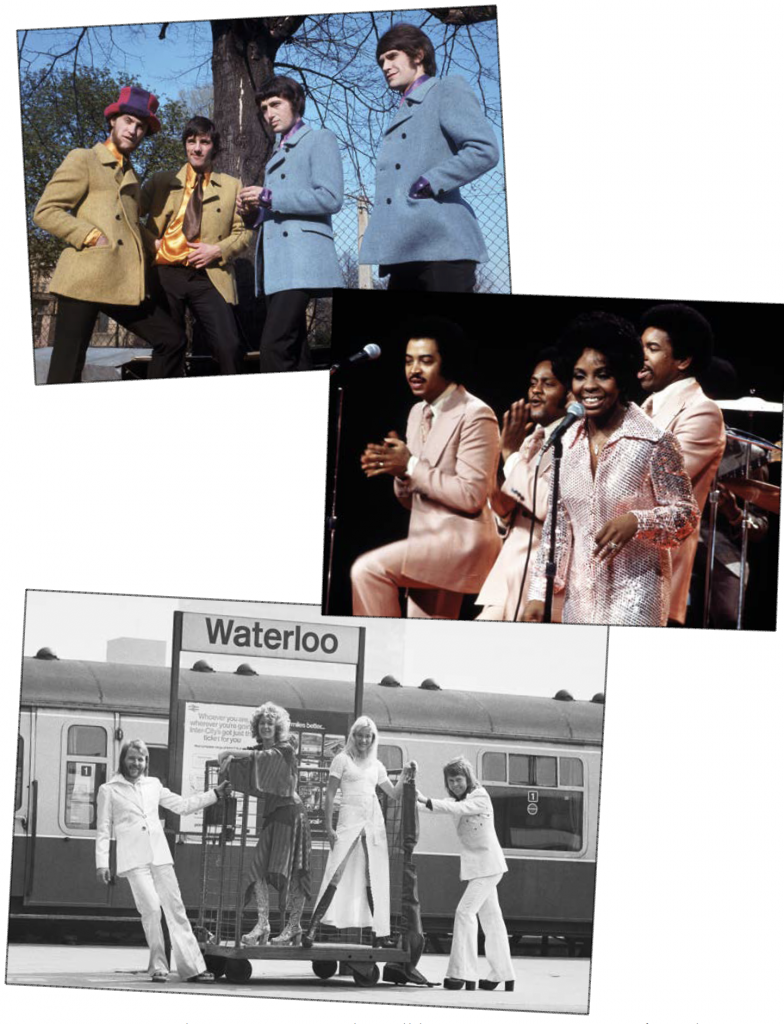 On each voyage — escape, liberation, freedom and adventure beckoned. And the freight train made these things possible. The constant noise of the locomotive and the occasional whistle that punctured the steady rhythm or announced an imminent arrival, meant that literally hundreds of rock and blues songs were written along with the rhythmic patterns of the railroad.

From ‘All Aboard’ ( Muddy Waters) to ‘Train of Consequences’ (Megadeth) via ABBA with ‘Another Town, Another Train’ (although not Waterloo, no matter how much the author tries to convince us…) and we find that in popular music, it’s not easy to escape the lure of a smoky choo-choo in the night.

Now, author, journalist and broadcaster Spencer Vignes — a self-confessed music & train nut – has researched a top study of the “Train Song” for his new publication titled “The Train Kept A-Rollin’.” In the book he discusses the developmental strength of the railroad, from a composer’s point of view, and interviews a number of musicians who share their secrets about the whys and reasons of train travel.

Its easy-paced style and fluid readability hides the thorough research and pure amount of factual information that’s been collected in this excellent 161-page book.

Elegant little vignettes, like how Tommy Boyce and Bobby Hart came up with ‘Last Train to Clarksville’ for the Monkees, flesh out this book and add to the hours of entertainment.

“I read one article that said there were 26 Clarksvilles in the United States…” said Hart “So if anybody asked us [which one of the many Clarksville’s we referred to in the song] we would probably say the one by Nashville…” But the story in the book suggests that the famous songwriting duo did the opposite. They made the place-name up. 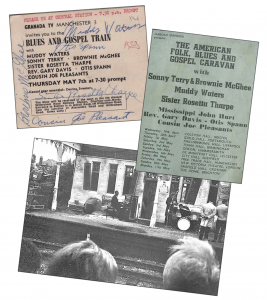 Perhaps English rock has been over-stressed in this book (Vignes lives in Wales, UK so perhaps you can forgive him for this. ) For example there is almost half a chapter dedicated to the writing of “Waterloo Sunset” by the Kinks ( incidentally, this is a song that is almost exclusively about a station, river and taxis — so hardly about trains at all, but that’s by-the-by) although the titbit about Davies meeting Rod Stewart on his daily commute makes for an interesting read. Though the snippet has nothing to do with writing that particular “train” song.

Also the inclusion of some of the alleged “train songs” can be [and will be] argued. Often the songs chosen by Vignes have only a passing acquaintanceship with the theme of this book: For example, would you ever describe “Johnny B Goode” as a train song? (Though, of course, Johnny would, “sit beneath the tree by the railroad track…”) Would you consider Stevie Wonder’s “Uptight, Everything is Alright” a train song? The number includes reference to being born “across the railroad tracks…” or maybe “Sylvias Mother” — a song by Dr. Hook & the Medicine Show that has everything to do with telephone operators but not much to do with trains — though we concede that Sylvia’s mother does urge the lovesick fool to get off the line by reminding him : “she’s catching the nine’o’clock train…”

Having said all that, you can’t complain about the thoroughness of this author’s investigations. And you will spend many happy hours discussing the definition of “train songs” and debating each inclusion.

There are several excellent illustrations, some in colour, inside this book. And a long list of famous musician’s favourite train songs and their comments about each one.

This means the book will be a satisfying quality read cover-to-cover and also an enjoyable “dipping book” that will be prized as a valuable resource long after your first read. So this book will be one that you will want to keep close-by for reference.