Uli Jon Roth “I don’t like anything artificial, I don’t like a show that is too smooth, I want the real thing”

By Claudia Mancino
December 3, 2018
0
Share
Facebook
Twitter
Pinterest
Linkedin
Email
Print
Mix
Guitar wizard Uli Jon Roth is celebrating his 50th stage anniversary with a UK tour that includes the distilled essence of his music journey. Performing live has always been one of the most important aspects of his career, in fact, it’s no secret that many musicians have decided to start playing the guitar after seeing him in concert. Tonight he delivers a great two hours show where he gifts his fans with some his best repertoire. Once the gig is over we get the chance to sit down with Uli to talk about his big achievements, the Sky-Guitars collection and what he is going to be up to next year. 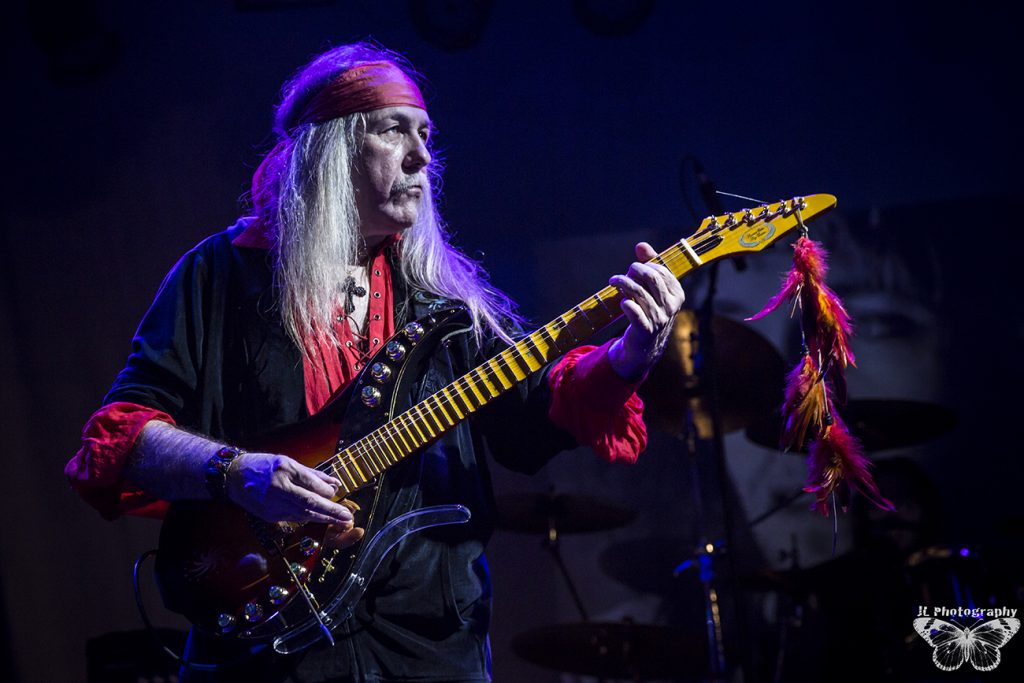 RAMzine: You are celebrating the 50th anniversary of your stage career with this tour, how do you feel about it and how would you describe your time in the music business?

Uli: It’s been a long journey, I started when I was thirteen and I’ve been on stage since. Even on that very first night I felt really good, I felt like I was at home. Most nights I still feel comfortable except for when sometimes the sound is not great. In fifty years I went through many different phases and I’ve also learned a lot. I still remember very well what it was like in the beginning, now it’s different, but some of it it’s still the same. In my journey I’ve always tried to experiment new things and when I’ll stop doing that it’s probably when I’ll go away. I still enjoy the feeling of doing something as if I was doing it for the first time, when I touch the guitar something magic happens and it feels really inspiring.

RAMzine: Like you said, you did your first show at the age of thirteen, among all the gigs you’ve played so far do you have one in particular impressed in your mind?

Uli: There are so many, it goes through stages you know. I can remember a lot of shows really well and every year there’s one in particular I wouldn’t want to forget but sometimes there’s also shows I prefer to forget, luckily they are very rare. I’ve got maybe twenty favourite gigs that I’ve played over the years, of this twenty I don’t want to pick a single one because the music is so different, each period of my career has its own highlights for me.

RAMzine: Talking about live gigs, what was the very first gig you attended?

Uli: That’s interesting, I couldn’t even play guitar yet. It must have been in 1967, it was a concert in Hanover with several bands playing The Beatles songs. One of these bands had a very good guitar player and he played the same guitar that I learned on. They did ‘Red House’ by Hendrix and he played it so well that I’ll never forget it. I think that was a special moment for me and only a month after that I was lucky enough to see Jimi Hendrix in concert and he was at his very best at the time. It was a sound from out of space, my ears were ringing for days, but in a good way. 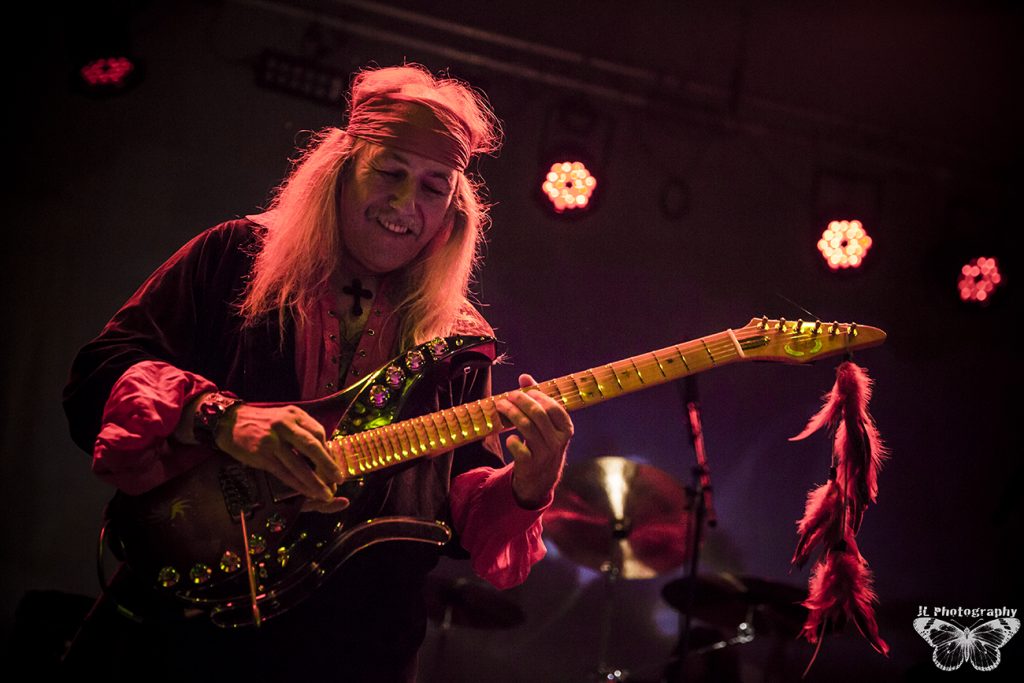 RAMzine: You’ve obviously influenced a lot of musicians thanks to your unique way of playing, what made you want to stand out from ‘the music as we knew it’?

Uli: I never thought about that, back then I just wanted to become as good as I could. When I started, the electric guitar wasn’t yet so advanced, the most classical way of playing it did not exist yet. I was very interested in finding a way to bring the melodic and technical aspect of the violin and the piano to the electric sound of the guitar. I wanted to hear and combine both elements and I wondered why nobody else was doing it. That’s how the journey began, the more I started to become one with the guitar the more that happened. In the beginning it was just a vision I had in my mind of what it could have been and then it gradually became more and more real. I didn’t know where I was going but I saw a star in the distance and that attracted me, not because I aspired to become rich, famous or whatever, it was all about music. I’m still chasing that star nowadays.

RAMzine: That’s very inspiring. As we mentioned your uniqueness, I think fans would like to know more about your new range of guitars advertised on Sky-guitars. Tell us all about it.

Uli: The Sky-guitars is kind of an expression of the whole thing we said earlier. It started with the simple idea that the amazing electric guitar I was playing, the Fender Stratocaster, had some limitations I didn’t like and gradually I came to the point of thinking ‘This is great but I want more’. If only I had more ranges I would have been able to play it as high as a violin which is a different register, so the original idea was to extend the guitar physically and that’s why I altered the shape. We built a complete new sound system to get more out of it, and that’s how it became a new instrument. To me that was very exciting because with this guitar I can finally do things I couldn’t do with a normal guitar. If normal guitars are like Volkswagens I compare the Sky-guitars to a Formula 1. I wanted it all but of course you can’t always have it all that’s why there’s always room for improvement. 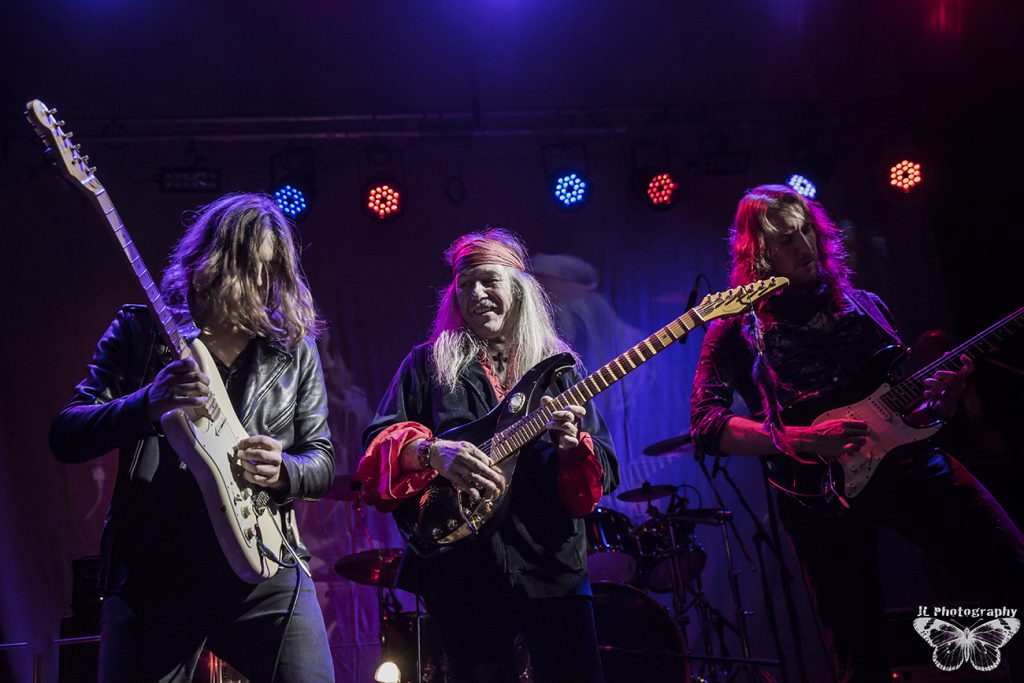 RAMzine: Tonight, as per usual, you delivered a great show. What’s the secret to keep your fans interested after so many years?

Uli: I don’t know if there’s a secret, I think that the most important thing is to play in a very authentic way, going deep into the music. I don’t like anything artificial, I don’t like a show that is too smooth, I want the real thing. And sometimes if it’s not smooth then it’s part of the show, just like in life. If you go to a Broadway show everything is planned in details which is fine and works but it’s not for me. I want danger, I want to take challenges. That’s why we are also improvising a lot and when it works it’s really exciting. Each show that I do is different in many respects and to me that’s what keeps it alive.

RAMzine: How did you choose the band members you are touring with?

Uli: They just came to me but sometimes I was also looking. Some of them have been with me since 2006 and 2008. They are all good friends of mine and we’ve been together through thick and thin. I even have an Italian band and sometimes when I go over there I play with them and I enjoy it. I’ve also got musicians in America and in England but this band here is my favourite.

RAMzine: What’s the main difference between playing in big bands like you did in the past and performing with your solo project?

Uli: First of all each show is very different. When you are in a big band everything is well organised, like in The Scorpions you have a person for everything so it can all run smoothly and according to the clock. And I have to say I tend to get bored with that. When you play in small venues every show is more like an adventure, sometimes you even curse the organisation because it can be chaotic but actually it’s much more exciting. I guess I like both although I’ve played some of my best shows in really small places.  I don’t know what it is, something happens when you are that close to the audience, it’s like magic. 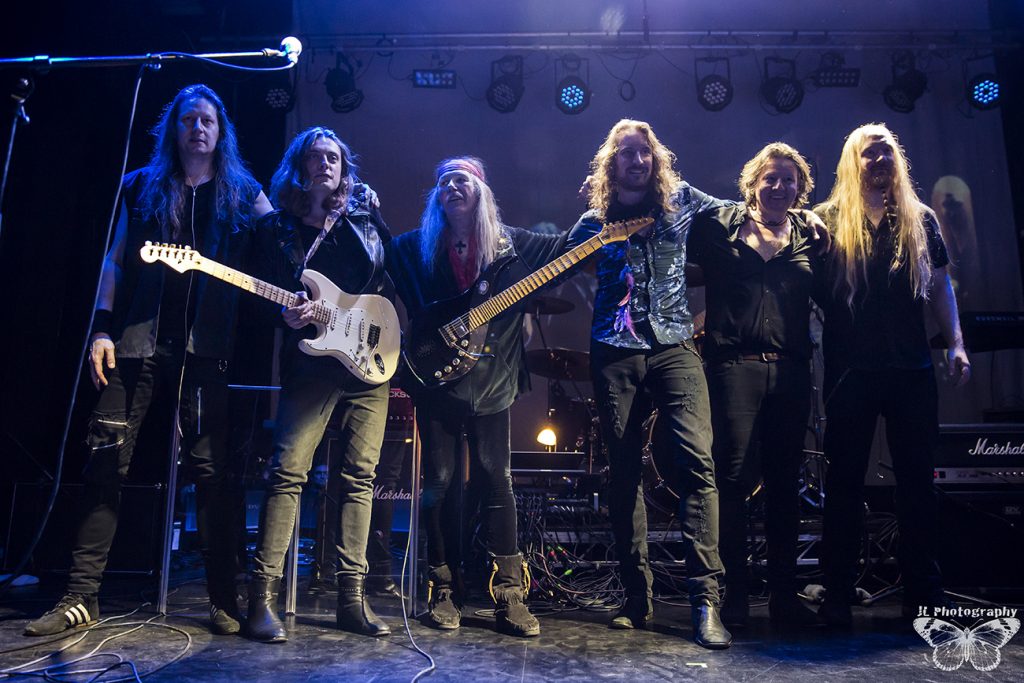 Uli: That’s an amazing question, thank you very much. I can think about it for three days… I don’t want to say the wrong thing right now because this is a really good question. People ask too few questions nowadays, the most important is ‘Why?’. I’ll definitely think about it, no one has ever asked me this question before so thank you.

RAMzine: My pleasure. What are your plans for next year?

Uli: It’s going to be very busy, we are starting in January with the 50th Anniversary Tour in Japan and we are also going to record for a DVD. Then in February I’m really looking forward to playing a charity concert for dogs and we are also going to do some busking in the street to collect money for the street dogs, some of them have had a traumatic life so we are hoping to help. In March we are in America for two months playing some concerts and then I might be doing an acoustic tour afterwards.