Anthrax – Among The Living 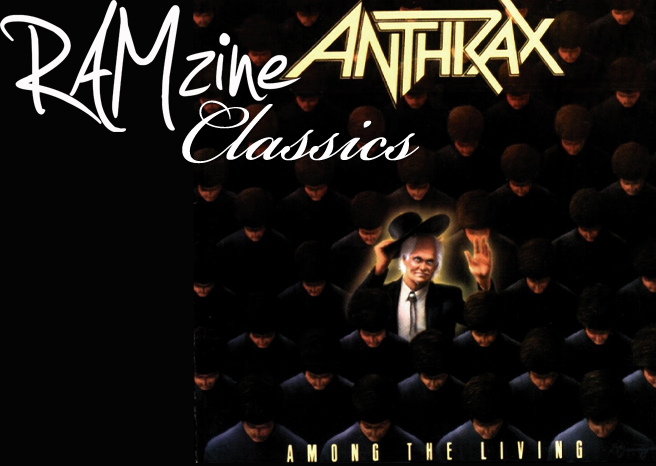 Underrated, under appreciated, yet one of the best metal bands of the last 30 years. Anthrax are a band that everyone knows, everyone loves, yet not enough people truly love. With the marriage of heavy riffs and high sweeping vocals, they set the template for melodic thrash metal. No better was this shown than on their 1987 masterpiece ‘Among the Living’. 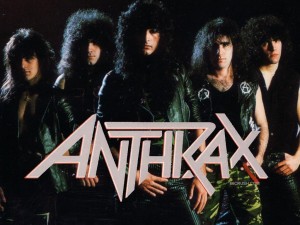 With the classic lineup of vocalist Joey Belladona, guitarists Scott Ian and Dan Spitz, bassist Frank Bello and drummer Charlie Benante, the band have created one of metal’s most classic albums. Opening with the title track “Among the Living”, the album kicks into gear straight away. Beginning with a clean intro, it quickly develops into an absolute stomper of a song, with a lethal main riff. Anthrax’s brand of melodic thrash metal is second to none, simply put. Spitz and Ian are so solid as a guitar section, and during the riffs Benante’s double bass drum is always right up to speed with their frenetic picking. The vocals are incredibly powerful too, and the whole vibe created by the band is just fantastic.

Next up is ‘Caught In A Mosh’. This is one of the band’s best known songs, and when they perform it live, simply put; all hell breaks loose. The pace set by the rhythm section of Bello and Benante is kept up for the entire song, increasing during the verses into a classic thrash section. The thing that makes Anthrax different from the other thrash bands is that their singer, Joey Belladonna, didn’t come from a metal background, hence why it seems like he is singing pop melodies. The combination is just brilliant and is one of the main reasons why the band have been so successful. 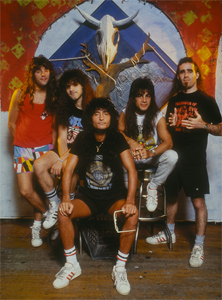 Following this is ‘I Am The Law’, a song based on the 2000AD comics featuring Judge Dredd. This fascination with science fiction and comics within the metal community is a great outlet to bring the two types of media together. With regards to the song, it is a steady rocker, with an absolute cracker of a riff. The drums keep things locked in and steady, allowing the vocals to tell the story over the top.

Up next is ‘Efilnikufesin (N.F.L)’, a song which is brilliantly paced yet again. The song as a whole is based around the killer main riff from Scott Ian. The man is simply one of the most iconic figures in metal. His drive to push the band is one of the reasons they are where they are today. He also finds the time to go on ‘Speaking Words’ tours around the US and the UK. The chorus in this song is so catchy, and Anthrax’s commercial side is shown here. It’s mind boggling that they never made it as big as Metallica, with their catchy melodies and heavy riffs.

Next is ‘A Skeleton In The Closet’, which is just brilliantly heavy. The slow build up at the start lulls the listener into a false sense of security, and by the time Benante’s machine gun double bass drum work hits, you can’t help but bang your head. Keeping the speed and heavy riff, supplemented by the high melodic vocals creates that combination of commercial and heavy music again. The call and response in the chorus part is really well thought out here, the band having made use of this technique before. 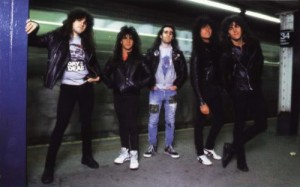 Following on is ‘Indians’, which in my humble opinion, is the best song on this album. The war dance style opening with the pounding drum work is perfect and the lead line and riffs that follow are simply stunning. The song is pretty much discussing the subject of Cowboys versus Indians, which is pretty obvious from the title. The chorus in particular with its anthemic feel and lyrics sticks in the mind for days. Also, the ‘war dance’ breakdown in the middle is wonderfully judged; it doesn’t throw the song off rhythm too much, yet adds an extra aspect.

Next is ‘One World’, a song which has the pace dictated by the metronomic bass drum. The main riff is a frenzy of staccato notes, matched by a blistering drum beat. As the song settles into the verse pattern, a fantastic groove is found, and drives the song on perfectly. The way the intro of this song develops into the main part is brilliant; the repeating parts of the faster sections inter-dispersed between the grooves is just utter genius.

Following this is ‘A.D.I/Horror Of It All’, which begins with a great acoustic guitar line. It develops into that classic Anthrax sound of a stomping riff, pounding drums and soaring vocals. This template is used so well by the band, and it is no wonder they have influenced so many young bands today.

Closing the album is ‘Imitation Of Life’. The intro riff here is interesting, as it has quite a complicated, almost Eastern vibe to it. The track develops into something so heavy it could crush a medium sized car. The way the vocal melody follows the guitar line is a nice effect; bands rarely do this, as it can become repetitive. However, when done the right way like here, it’s brilliant.

In closing, this is one hell of a brilliant metal album. Buy it, play it to your friends, and just rock out. Anthrax are a cracking band, and they’re still producing fantastic material to this day, which is a further testament to the quality of the band.

FOR FANS OF: Metallica, Testament, Evile