Deliberations From The Shire with Mike James – Goatwhore 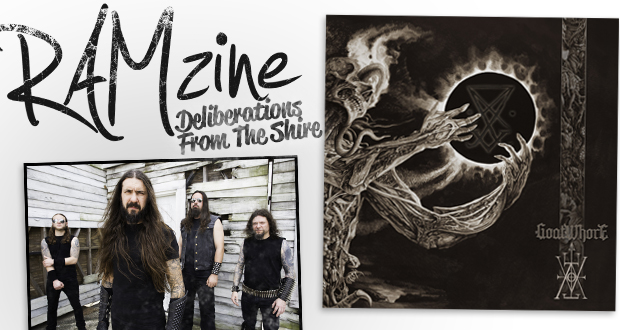 Vengeful Ascension is the seventh full-length album from Metal Blade stalwarts Goatwhore and they have gone old school in the production of this by recording it on Reel to Reel at Earth Analog Studio in Illinois USA. The ten track album captures what the band are about and have been through their career. Which is best summed up as a sonic manifestation of war, chaos, desolation, and emotional conflict seamlessly bridging twenty years of the band’s signature brand of audio venom.

The recording of this album took the band out of their comfort zone and was a risk they needed to take to keep things fresh for them and for the fans. On listening to this on repeat for days I feel this could be something they will do again as there are strokes of pure genius and crushing riffs in the tunes.

There seems to be a very loose concept of this album which almost runs throughout the majority of Goatwhore releases of the past. Fans of the band will know the connections with Milton’s Paradise Lost theme of struggle and transcendence like a destroying demon cast out from this place in Heaven to the depths of nothing. He keeps trying to ascend to the top again but no matter what, there’s always this significant force trying to destroy him. Vengeful Ascension serves as the heavy soundtrack to that luciferous rise and struggle.

From the off the pounding drums of ‘Forsaken’ which opens this album and sets out what you can expect from it. Stand out tracks for me are ‘Under The Flesh, Into The Soul’ which is almost punk-like in it urgency and ferocity along with ‘Mankind Will Have No Mercy‘ which seems to be as hard hitting as any artillery fire into your ears.