Deliberations From The Shire with Mike James – Igorrr 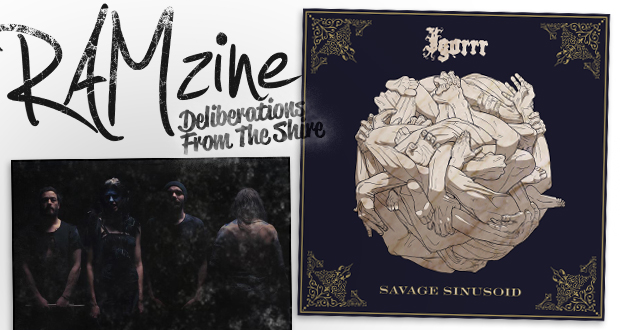 From the opening guttural screams and crushing riff this is not going to be the easiest of listens, but for fans of Gautier Serre (Igorrr) the four-year wait is over!

This is a boiling pot of musical madness. For instant, the track ‘Houmous’ blends Balkan accordion with pounding glitch beats and erratic vocals akin to Mikee Goodman of Sikth. All whilst coupling them with beautiful operatic sounds from vocalists Laurent Lunoir and Laure Le Prunenec – and that’s just one of the tracks off this album.

In places, there are some truly breathtaking and haunting songs that then get the Igorr electro blastcore effect on them, which somehow works so well. Then you add in some Turkish gipsy violins, black metal, Bach, Chopin and Aphex Twin and this just about sums up what this album consists off.

This might sound like the most erratic album of 2017 with what appears to be thousands of samples in it but when reading into this album it’s actually sample-free and “Serre” has produced everything you hear with help from a few choice musician to help him make this opus.

Usually, I like to point out a few tracks that stand out but this album is different and needs to be listened to as a whole body of work, it’ll take a few listen but it really is an astonishingly clever album that you should defiantly give it a try.

Defiantly one of the acts to catch at UK Tech Fest next month!

Igorrr’s Savage Sinusoid is out now via Metal Blade Records.

Check out the last edition of Mike James Rock Show below! The RAMzine Single Of The Week was Tesseract’s ‘Smile’.