Having just completed a sell-out UK tour supporting King King, their Planet Rock Roadstars UK tour with Broken Witt Rebels, and the recent announcement of their October 2017 tour with The Kentucky Headhunters, Bad Touch have now announced their own headline tour this coming November with Mollie Marriott appearing as special guest.

“We’re excited to be taking to the road in November with Mollie,” says Bad Touch’s lead singer, Stevie Westwood. “Not only is she only a great vocalist in her own right, but she’s also the daughter of the legendary guitarist and singer Steve Marriott (Small Faces, Humble Pie). She’s part of rock royalty. It will be great to have Mollie touring with us. She’s got a killer voice. It’s going to be a lot of fun.” 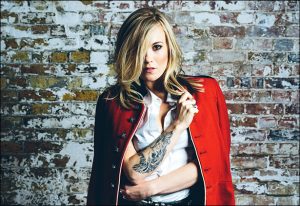