Deliberations From The Shire with Mike James – Skein 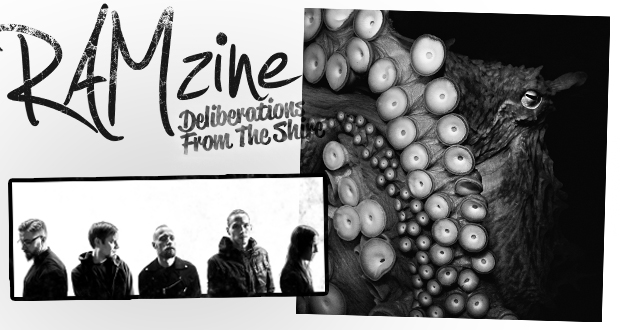 Deadweight is the second album from Finnish atmospheric metals Skein and unlike their 2014 debut Of Wings Unfolding  (which was a concept album) Deadweight, tackles some pretty hefty subject matter like social responsibility, misuse of power and basic human characteristics. This album draws on a rawness that is balanced with both clean and screaming vocals to highlight the punch of the lyrics and see’s some of their strongest emotional songs to date.

Coupling bone-crushing heaviness of monster riffs with the soundscapes created to harmonise with the vocals could be influenced by modern Nu-Metals acts that have grown their appeal by diversifying to attract a big audience. Think Deftones, Tool and newer Linkin Park. Even the tone of the guitars in some songs are reminiscing of these acts and Skein do it to great effect all over this album. The hooks are catchy and the tunes are easy on the ear and would make a great gateway act for anyone wanting to get into the heavier side of music.

For me, the stand out tracks are ‘The Unknown’, ‘The Fear Is Love’ and the album opener Seduction all of which I think would become main stays in a live show.

Skein’s Deadweight will be released 22nd September 2017 via Inverse Records.