Into The Unknown announce debut album ‘Out of The Shadows’ 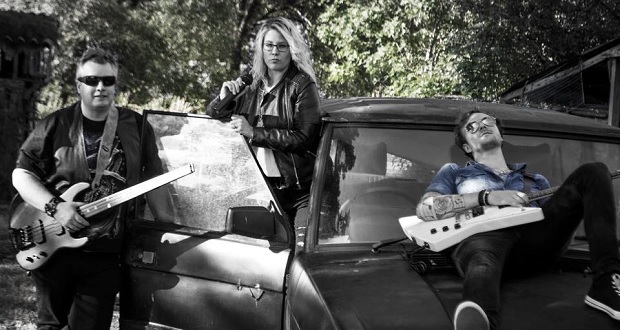 Into The Unknown release their debut album Out of The Shadows on 20th October through Vigilante Records. It will feature nine  self-written and  two covers.

The original tracks were all co-written by vocalist Lucie Hölzlová, guitarist Ryan Atkins and bassist/producer Rupert Withers. With influences as diverse as Nightwish, Guns N’ Roses and Adele expect something rather unique!

The full track listing being as follows: ‘Don’t Pay The Ferryman’, ‘Real Life Superman’, ‘Why Me?’, ‘We Are One’, ‘Monsters’, ‘Someone Like Me’, ‘Wrecking Ball’, ‘Once’, ‘Breaking My Heart’, ‘Do You Want To’ and ‘Demons And Angels’. ‘Breaking My Heart’ is one of album’s softer tracks and is already being picked up by regional radio.

Withers had produced Hölzlová  and Atkins’ previous band, and subsequent session work involving the two male members that preoved fruitful led to them inviting Hölzlová to provide vocals. From there songs were written and an album evolved, leading to the forthcoming release of Out of The Shadows with cover artwork by Harrison Funk, most famously responsible for album covers and videos for Michael Jackson. Live shows and acoustic sessions are being planned for the release period.