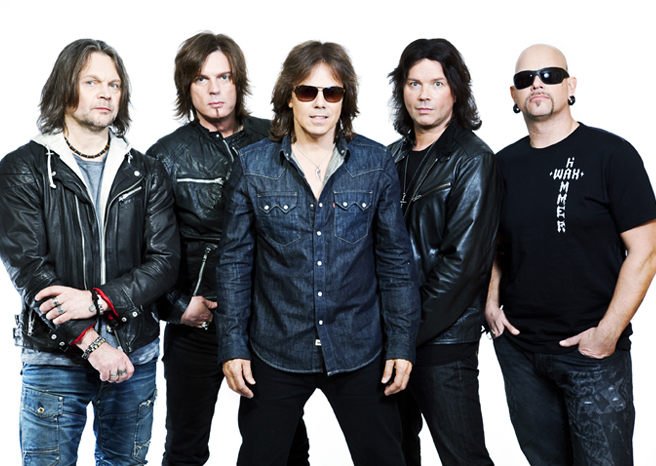 Foreigner with special guests Europe and FM will be performing nine dates across the UK throughout April this year, with it all kicking off on Thursday 3rd of that month at the O2 Apollo in Manchester.

“I’m thrilled to be coming back home to England and touring with Europe and FM,” says Foreigner’s founding British member and lead guitarist, Mick Jones. “We’re looking forward to having a great time.”

Responsible for some of rock’s and roll’s most enduring anthems including Cold As Ice, Juke Box Hero, Feels Like The First Time, Urgent, Head Games, Waiting For A Girl Like You, Say You Will, Dirty White Boy, Long, Long Way From Home, and the worldwide number one hit I Want To Know What Love Is, Foreigner continue to rock the international charts more than thirty years into the game. With ten multi-platinum albums and sixteen Top 30 hits, Foreigner continue to be  one of the most popular rock acts in the world with sold-out tours and album sales that now exceed 75 million, and have a new record collection out, I Want To Know What Love Is: The Ballads. 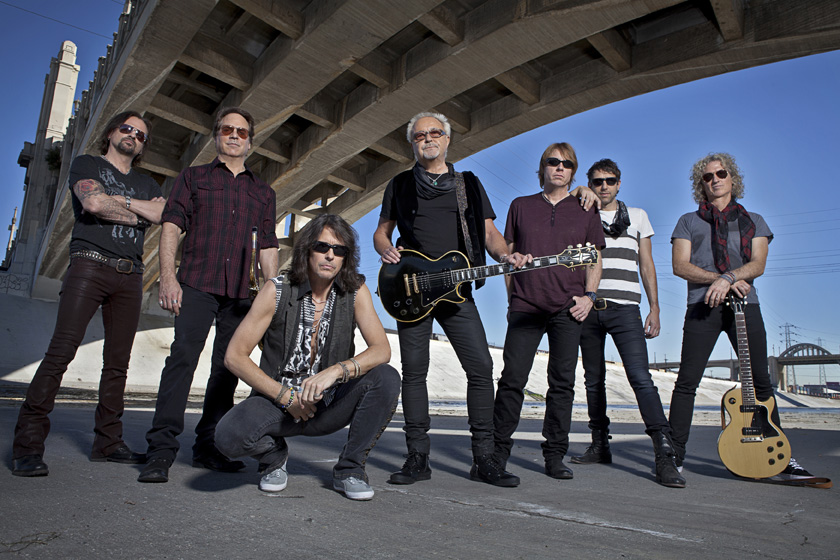 Lead guitarist Mick Jones remains at Foreigner’s core, and even before forming the band he established his pedigree internationally by playing on Johnny Hallyday hit records in France, earning respect from his peers playing on albums by people as diverse as George Harrison and Lesley West, and being a member of the well- regarded rock band Spooky Tooth. Jones’ stylistic songwriting, indelible guitar hooks and multi-layered talents continue to escalate Foreigner’s influence, along with Kelly Hansen (lead vocals) Jeff Pilson (bass guitar) and multi-instrumentalist Tom Gimbel. In June 2013, Billy Joel inducted Mick Jones into the Songwriters Hall Of Fame.

Special guests Europe are legendary in their own right, and will be coming to the UK hot off the heels of a Spanish tour with Def Leppard and Whitesnake. The multi-million selling, Swedish hard rock band have made a remarkable comeback with their last four studio albums, with their most recent, the critically acclaimed Bag Of Bones spawning three UK radio hits, Not Supposed To Sing The Blues, Firebox and Demon Head, and the album declared the 16th best rock album of 2012 by Classic Rock magazine 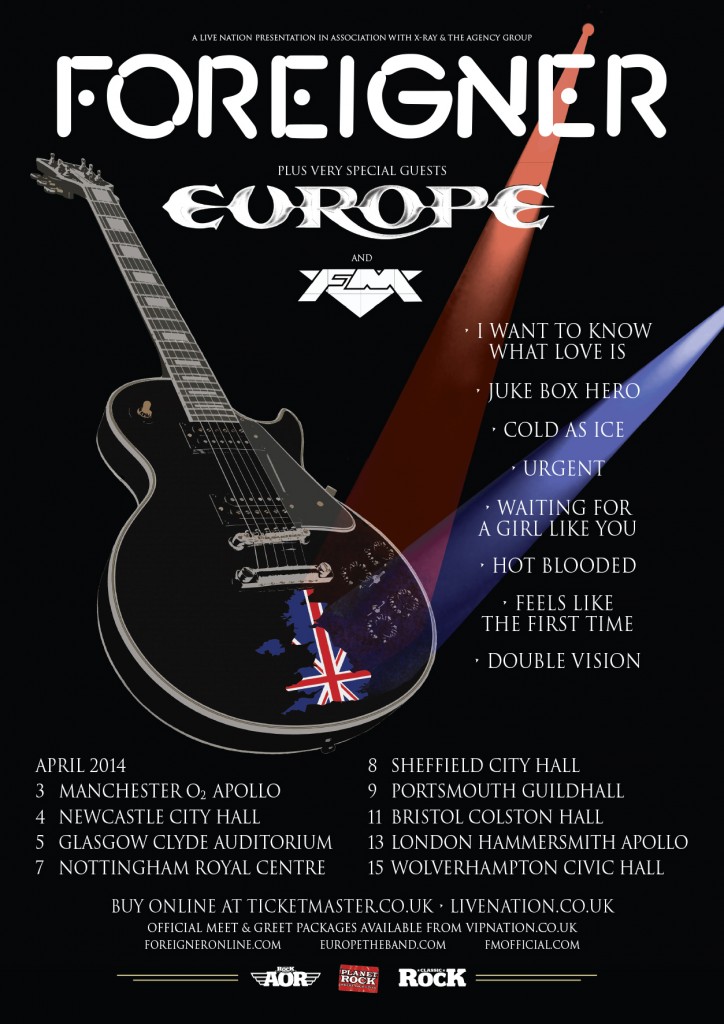 Europe will perform songs from their last four albums, plus their classics including Rock The Night, Superstitious, Carrie, Let The Good Times Rock, Prisoners In Paradise and, naturally, their worldwide No. 1 rock anthem The Final Countdown.

Special guests FM will be opening the concerts on the upcoming UK tour. The band formed in 1984 and quickly hit the road touring with the likes of Meat Loaf, Tina Turner, Foreigner, Gary Moore, Status Quo and the white-hot Bon Jovi on their Slippery When Wet tour. FM released their debut album Indiscreet in 1986 to great critical acclaim.

For the next 12 years FM consolidated their position at the forefront of British melodic rock, touring everywhere they could to promote releases such as 1989’s Tough It Out and 1992’s Aphrodisiac.  Then, for the next 12 years they took a sabbatical, returning in 2007 for a headline performance at the sold-out Firefest IV event at Nottingham Rock City. This was followed in March 2010 by the release of their highly anticipated sixth studio album Metropolis, and in   Spring last year they released a double helping of critically-acclaimed albums with Rockville and Rockville II.  FM now feature Steve Overland (vocals, guitar), Merv Goldsworthy (bass), Pete Jupp (drums), Jem Davis (keyboards) and Jim Kirkpatrick (guitar).

Tickets for what’s being described as “the Rock ’n’ Roll Tour of 2014” can be purchased from www.livenation.co.uk and www.ticketmaster.co.uk with official Meet & Greet VIP packages available from www.vipnation.co.uk.