Heaven’s Basement Set To Tour the UK Once Again 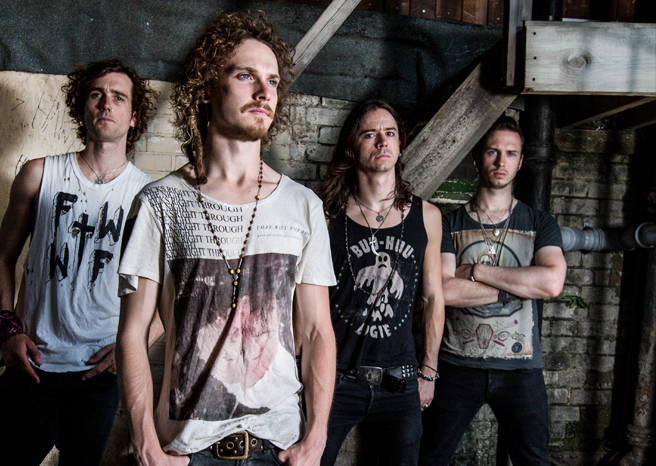 English rockers Heaven’s Basement have taken the world by storm since forming in 2009. Even though there have been some line up changes over the years the band has still managed to go from strength to strength, proving that hard work really does pay off. They have toured across Europe playing hundreds upon hundreds of shows alongside bands such as Papa Roach, Shinedown, Buckcherry, and Black Stone Cherry to name just a few. They have appeared at festivals such as Download, Bloodstock and Sonisphere. It wasn’t until November 2011 that the band announced they had signed a deal with Red Bull Records. Since then bigger and better things have happened for the band. January 2013 saw the band tour across North America with Buckcherry.

In February 2013 the band released their debut full length album ‘Filthy Empire’ after previously releasing two EP’s entitled ‘Heaven’s Basement’ and ‘Unbreakable’. The new album received rave reviews including KKKK from Kerrang!. Not only was it a hit in the UK rock charts, reaching number 9 but it was also a hit in the U.S, with single ‘Fire Fire’ reaching number 12. After the release of the debut album the band set to tour for the majority of 2013. In April they took to the stage with Black Veil Brides across Europe. They then toured once again with Buckcherry in May across the US. July saw them back in the UK doing a 12 date tour. The year was then concluded by them touring in November and December with Black Veil Brides once again across Europe.

In between the band also hit the stage at some of the biggest festivals in the UK and Europe, including Leeds Festival, Download Festival, NASSfest Action Sports and Music Festival, Wacken Open Air Festival in Germany, and Nova Rock Festival in Austria. They also appeared at the Rocklahoma Festival in the U.S in May. January and February 2014 has already seen the band tour across the U.S once again with the likes of The Pretty Reckless on the SnoCore Tour. The band is set to hit the stage at the Soundwave Festival in Australia before heading back to the UK in March for The Welcome Home Tour, with special guests Glamour of the Kill and The Dirty Youth. I stumbled across the band in July 2013 on their UK Summer Tour and haven’t looked back since. They have their own individual sound which has earned the band fans across the UK, U.S and Europe. If you aren’t aware of the bands music then check them out at one of their shows next month and prepare to be blown away. You won’t be disappointed.

More from Heaven’s Basement on RAMzine…