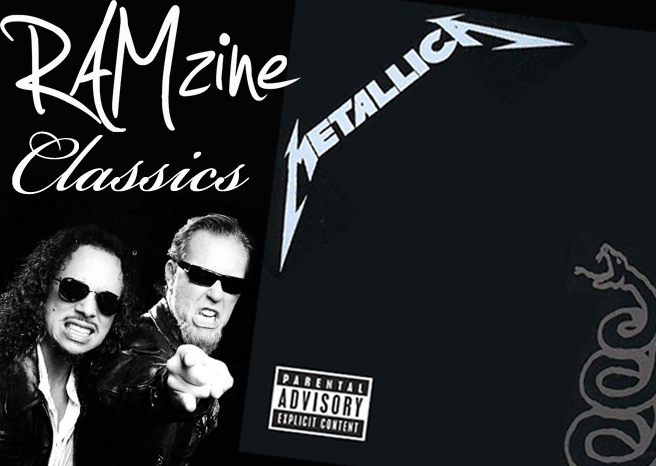 This is probably one of the most well known heavy metal albums in history. It catapulted thrash metal into the mainstream, with Metallica’s more commercially minded sound shining through. Affectionately referred to as “The Black Album”, to do with its predominately black artwork, this is the album the band are best known for. Released in 1991, it features James Hetfield on lead vocals/guitar, Kirk Hammett on lead guitar, Jason Newstead on bass guitar and Lars Ulrich on drums. 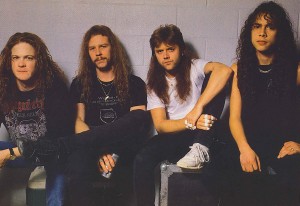 Opening with the utterly iconic “Enter Sandman”, the album sets it’s tone right from the off. The main riff is just insanely catchy, and is widely considered one of the best riffs of all time. The structure of this song is perfect; that’s the key point in its accessibility. The song makes sense to the listener, and is also possessed of an absolutely ripping guitar solo. A fantastic opening.

Up next is “Sad But True”, which is simply one of the greatest and heaviest songs ever created, even being sampled by Kid Rock. The riff blasts out of the speakers with enough power to trample entire civilisations. Like the first song, it’s very catchy. The vocal melody is simple, and is easy to remember. The guitar solo by Hammett is also incredible, yet once again very simple. Metallica’s ear for what makes a song great is obviously well honed, and they prove it once again here.

Following this is “Holier Than Thou”, one of the more underrated songs on the album. It’s bouncy intro, followed by the upbeat verse and chorus flow excellently. However, the song’s star point is Hetfield singing the title line in the chorus. His delivery is excellent, and it is like he believes every single word he is singing. The honesty in their music is one of the reasons that they have connected with so many fans over the years, and this shows it. 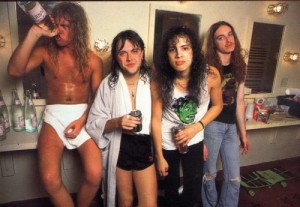 Next is “The Unforgiven”, which is half ballad/half rock classic. Being acoustic led in the intro and chorus, it is a departure for the band, having rarely (if ever at all) used acoustic guitars before. The musicality of this song is excellent, the tones are all perfect and, as always, the band are meticulous in their song structuring. The sudden contrast between the intro and the first verse in heaviness is fantastic, as the distorted guitars really crunch when they kick in.

Up next is “Wherever I May Roam”, famous for the intro riff being played on a sitar. The sound they get from this is perfectly used, and allows the tone to be set for the song, so that when the riff kicks in on guitar none of the effect is lost. The lyrics to this song are very emotional and personal, as it is about touring and being away from home for long periods at a time. Once again, the band’s honesty shines through, and they wear their hearts on their sleeves on this one.

Following on is “Don’t Tread On Me”, which is simply put, an old school foot stomper of a track. The groove that goes in to the main riff oozes with class, and the marching style of the song implies a real call to arms. The chorus’ simplicity is the highlight of the song. Hetfield’s vocals being very staccato fits with the beat of the song.

Next is “Through The Never”, which is one of the more old school Metallica songs on the album. The main riff is frenetic, and the drums match it for pace. The half time feel in the verse is excellent; cutting the tempo down creates an excellent contrast with the rest of the song and gives the listener something new to focus on. I feel if this song had all been at the same tempo as the intro, it would have got boring quite quickly. The verse being at half time really helps the song.

Up next is “Nothing Else Matters”, one of the best rock ballads of all time. Metallica were never expected to be a band to write a proper ballad, however with its layered acoustic and clean guitars, a chilling atmosphere is created. As the song continues, the heaviness builds, leading up to one of the most underrated guitar solos of all time, performed here by Hetfield. It’s only 16 bars long, and not especially technical, however it is so pure and musical. This is a wonderful song, so surprising and absolutely effective. 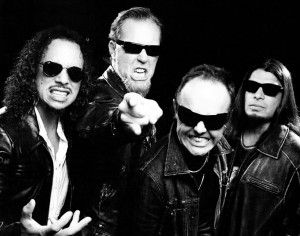 Following on from this is “Of Wolf and Man!, which is very staccato and groovy. The vocal melody creates a really bouncy feel. The chorus of “shape shift!” sang over and over again is really haunting and the way Hetfield elongates the words creates a fantastic vocal effect.

Next is “The God That Failed” which is predominately bass guitar lead. It is the grooviest track on the album and once the guitar layers kick in, the song takes on a personality of its own. The politically driven lyrics are surprising, yet the song’s subject of fallen and illegitimate leaders means these lyrics are absolutely perfect. A real surprise package.

Up next is “My Friend of Misery”. This song is so dark and broody and calls to mind the influence of Black Sabbath on Metallica. Hetfield’s vocals are simply perfect here; he really makes this song his own along with the riffs.

Closing the album is “The Struggle Within”, which is an absolute barnstormer of a song. The main riff with the vocals over it is just so energetic and the way the song flows is perfect. The chorus with its call and response vocals is brilliant excecuted, and this is a surprising, yet effective way to close a brilliant album.

In closing, if someone asked me what heavy metal was, I’d hand them a copy of “Painkiller” by Judas Priest, and a copy of this album. I believe it is one of the most important in metal history, and even though it is 22 years old it still sounds as fresh now as it ever has done.

FOR FANS OF: Megadeth, Testament, Anthrax