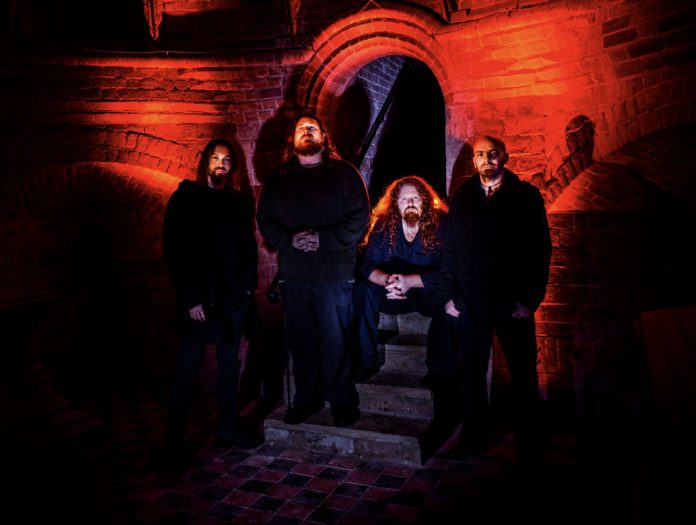 From what I can recall, the demo garnered great reviews in the underground press and fanzines as well as heaps of praise from fans and adherents of avant-garde black metal in general. I distinctly remember it being an exciting new musical venture that offered something enticing and different, or something original and innovative if you will. In other words, there was a bit of a buzz about in my little corner of the world back then.

Since those murky days, the band have gone on to release some stellar albums and EPs that transcend and defy norms and conventions, especially those pertaining to classification and labelling. Progressive black metal? Pitch-black avant-garde metal? Attempts at pigeonholing CODE’s utterly unique brand of blackened art is a futile exercise and it is exactly the kind of music that needs to be experienced and absorbed as opposed to being summed up in words or sentences. Nothing has changed with respect to that as evidenced by their latest masterpiece, the 2021 opus titled Flyblown Prince.

I once asked the main man and primary songwriter Aort if the desire to experiment and continually push the envelope was present from the outset of the group’s career, and he mentioned; “I think from a basic level, the strongest desire is to create music we can be proud of and that we believe in. There is no agenda to create deliberately challenging or obtuse music as I think to have that as a goal would limit our ability to create music with honesty”. When the question turned to what exactly the initial motivation for launching CODE was and whether there was a specific purpose or an agenda of sorts for the band being conceived and launched, he stated that “There was no agenda. We just loved music and we wanted to play our own version of the kind of music we worshipped at that time. We never wanted to create something deliberately different, we just had a very simple desire to make the best music we could and I don’t think that centre has changed.”

The Neurotransmissions demo is comprised of five lengthy compositions that contain plenty of colour and more nuances that you can possibly wrap your head around. There are countless sharp twists and unnerving turns throughout and the overall aura and atmosphere of the work are both ominous and bleak. Lyrically, it works like a sick charm too. The words by Kvohst (Hexvessel, Grave Pleasures, ex-Dødheimsgard) evoke vivid images in the mind of the listener, and the metaphors that he employs are inspired and creative. The punishing riffs and splendidly captivating vocals complement each other superbly, and the harsh, cynical vibe of it all feels strangely compelling. Cthonian (Reign of Erebus) provided guest vocals in a few spots but the core of the line-up on the demo EP consisted of the two aforementioned gentlemen, musical mastermind Aort and vocalist/lyricist Kvohst.

When I interviewed CODE a few years ago, Aort mentioned that “The method of writing songs for CODE has stayed the same since day one. Personally, I don’t work well-writing music in a group environment. I like to lock myself away and try ideas out without the fear of immediate feedback both positive or negative. The songs always start with myself writing the core of the music and producing demos which I then share with the rest of the band.” In that sense, the 2002 demo very much laid down the foundation of the songwriting process within the group that was still in place many years later.

I had the great pleasure of witnessing CODE live on stage in Copenhagen back in 2009 when they were touring Europe with Solstafir and Secrets of the Moon. The gig was at a venue named The Rock and all three bands were excellent, which made for a very memorable night. The CODE line-up around that time included Vicotnik (Dødheimsgard, Ved Buens Ende) on bass, and the guys pulled it off in style and delivered their unsettling message in a confident manner.

Nowadays it would be easy to deem Neurotransmissions a rather obscure independent release from the depths of the UK extreme metal scene (although it did actually see a re-release in 2015 via the label named Haintic but those copies are long gone), and the truth is that more outstanding releases by CODE would follow but make no mistake; it was much more than a mere independently released demo to some of us and it made a huge impression. It had texture and substance, and it continues to resonate with yours truly nowadays, so join me in celebrating its 20th anniversary. You can stream the gloomy thing via Bandcamp and YouTube.