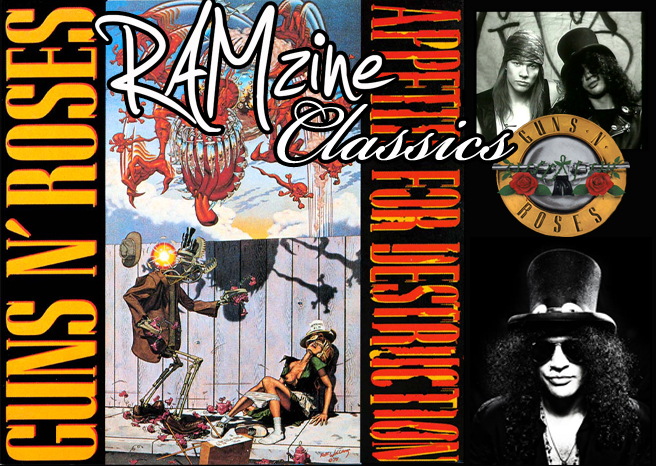 There are very few albums which can transcend genres, define generations and still remain true to its original values to this day. Keeping this integrity is highly valued within the music industry and this week’s classic album, Appetite for Destruction by the legendary Guns N Roses is an album which certainly fulfils this criteria.

Released in the summer of 1987, Appetite for Destruction catapulted Guns N Roses to international fame and set the stage for their domination of the world over the coming years. Built upon the solid rhythm section of drummer Steven Adler and bassist Duff McKagan, their signature sound was underpinned by rhythm guitarist Izzy Stradlin laying down a solid base of riffs for legendary lead guitarist Slash and enigmatic frontman Axl Rose to add the colour and 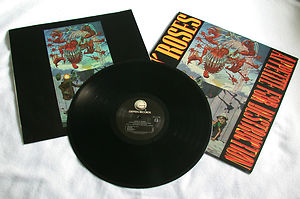 attitude to these legendary songs.

The album opens at pace with “Welcome to the Jungle”, which according to Guns N Roses legend is the first thing Axl Rose heard when he arrived in Los Angeles in the early 80s. This is an iconic song, which deals with the debauchery on the sunset strip, and how you have to embrace it to survive. The riff exudes sheer attitude and Axl Rose spits the lyrics with venom. The clean part in the middle, although it is very brief really shows Guns’ versatility as a band, showcasing their wide sonic spectrum. 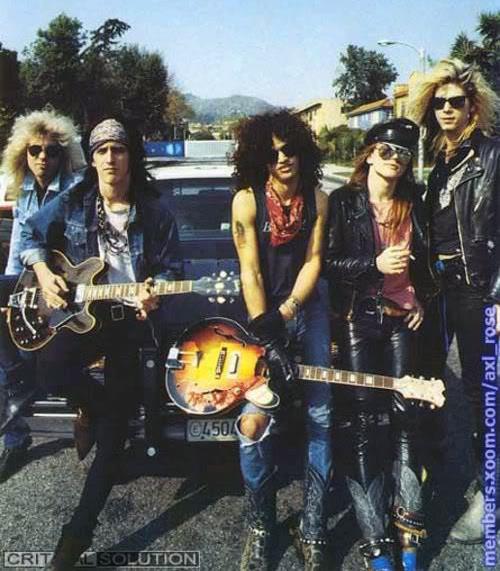 Next up is the brilliant “It’s So Easy”, which is just a classic rock and roll song. The brilliant guitar riff underpins the groove and Duff McKagan’s bass performance is amazing on this track in particular. Axl’s performance vocally on this track is one of his best on the album, as it really embraces the lower parts of his vocal range, which is rarely seen as he is predominately a high singer.

Following on is “Nightrain”, a song which is defined by its iconic intro; a four count on a cowbell and then a huge open chord. This has been imitated many times, but never bettered. This intro leads into a fantastic lead guitar line which is also the main chorus melody. When the song fully kicks into the verse, the rock and roll attitude just exudes from the speakers. The song’s general theme of having a great time with your friends and drinking far too much really sums up the times in which the album was released.

Up next is “Out Ta Get Me”, one of the lesser known songs to non- Guns fans. This song has a real groove and swagger about it, and the lead line when the drums fully kick in is classic Slash, and shows why he is such a musical icon. The song’s theme of ‘us against the world’ was something the youth of the 1980’s could identify with, and in Guns N Roses, here was a band they could really root for.

Next up is the amazing “Mr Brownstone”. This is one of my favourite songs on the album, mainly due to the fantastic drum-led intro. This tom pattern swings wonderfully and sets the song up brilliantly. The swagger is really evident and it shows just what a great band Guns are. The theme of the song is heroin addiction, and this song just stays with you until you have to go back for more. 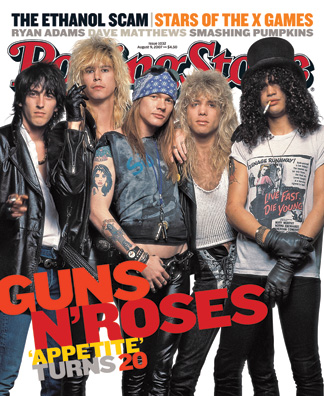 The next track is the amazing “Paradise City”. This song’s iconic ‘Take me down to the Paradise City…’ vocal line is one of the most well known in all of music, and to see Slash perform it live with Myles Kennedy at Download 2012 was an absolute honour. The song kicks into one of G’N’R’s heaviest riffs, the kind of riff which will make an entire field jump along. This riff forms the basis of an amazing song, which keeps returning to the aforementioned vocal pattern for the chorus. It truly does transcend generations, and shows why this is an amazing album.

Following on from this is the sleazy rock and roll “My Michelle”. With its clean guitar intro, you’d never expect the utter attitude which follows. The drums really drive the riff on and Axl’s vocals are on top form. The song is apparently about a legendary ‘friend’ of the band who complained no-one had ever written a song about her. Michelle must be proud of their result.

Next up is “Think About You” which just exudes complete 80s sleaze. The cowbell intro is perfect and this underrated song flies along at a pace. It’s sensitive subject matter really belies the spiky guitars which riff away undeterred. This is a real undiscovered gem on the album, and is the song which surprised me the most.

Following from this is one of, if not the most iconic rock song of all time. It is of course “Sweet Child O’ Mine”. This song is just stunning. Absolutely perfect in every way. However, the best parts of the song involve that man Slash again. The intro where he plays the flowing lead guitar part which has become so recognised worldwide sends chills down the listeners spine, and not to mention the furious guitar solo in the middle. This song is just an unbelievable piece of music which has transcended genres and generations, as shown by the girl group All Saints recording a cover version of it. The original will always be the best though. 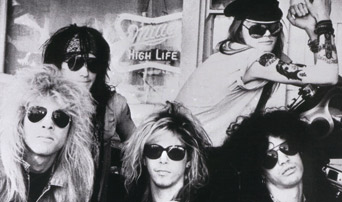 Up next is “Anything Goes”, a fast and furious contrast to the previous song. This begins at a breakneck pace and carries on all the way through the song. Axl’s falsetto is on full show here and really offers the listener something special. The song as a whole is so well put together with the guitar parts interchanging and flowing.

Closing the album is another one of my favourites, the legendary “Rocket Queen”, a song named after another ‘special friend’ of the band. It’s bass and drum led intro is wonderful and is a real live spectacle. The song has three main parts, the first being the main section of verses and choruses which are classic rock and roll. The second is the long guitar solo in the middle which is utterly face-melting, and shows why Slash is one of the best guitarists of all time. The third part is the small part at the end where the guitars go clean and the vibe really changes. Despite these three distinctive parts, it sounds like a genuine full song which makes musical sense. That is the really special thing about G’N’R.

In closing, this truly is one of the greatest albums of all time. It was one of the first which this writer purchased and it has not got old since. That’s the hallmark of a classic album; it’s timeless and still sounds fresh and attitude filled to this day.