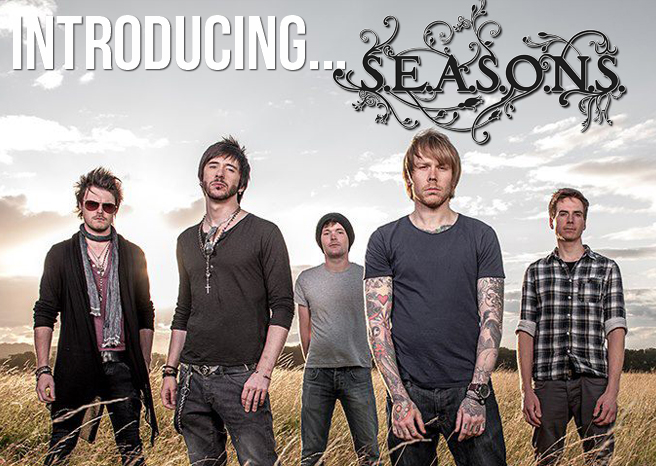 You’d be a fool to pass Reading 5 piece S.E.A.S.O.N.S off as just another band. Rather it is a collection of ideals and concepts that intend to show that music need not be confined to the boundaries expected by simply labelling them as ‘just another rock/metal band’. They intend to show that a single 5 minute track can be used to mix and bleed one genre into another several times over. Now, I’m sure this is the sort of thing that a hundred different bands have said a hundred times over, but in this case, they mean business. Just to prove that this is not something to take lightly it is worth pointing out that it has taken over two years for this band to get to stage where they are finally ready to put their work out to the public. Writing, recording, practising and recruiting members have all been painstakingly worked and reworked to ensure that nothing is left untouched or out of place. Made up of vocalist Robin, guitarist/vocalist Oli, guitarist Sam, bassist Jim and drummer Jack, all of whom have got years of band experience to bring into the project, each being able to rely on past experiences to shape what this band will become.

Originally started as the idea of guitarist Oli Strive back in 2010, every little fibre of S.E.A.S.O.N.S being has been thought out, down to the last, tiniest detail, to make sure that the message getting across is crystal clear. S.E.A.S.O.N.S are here to make an impact.

When I spoke to Oli it was clear that he wanted it to be known that this was more than just a band, saying that:

“Musical boundaries should be broken and unite people under one common love, the love for music as a whole. The experience takes you on a motivational and inspirational, genre breaking journey through such a vast array of elements and influences ranging all the way from Drum and Bass, to Metal, to Classical Movements, Orchestral Scores and everything in-between, and it’s how they interlink, move together and play off each other that really gives this sound so much personality and infectious segments that leave you craving more.” 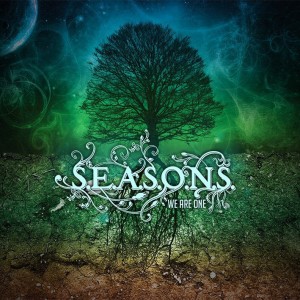 S.E.A.S.O.N.S see that there is a relationship that can be shared between genres, creating something that is more than a rock, metal or dance album, that it can be all three and more, and after giving me an exclusive listen to two tracks, entitled Homecoming (part 1) and Homecoming (part 2) both yet to be released, it was clear that what Oli was saying was not just a load of self-hype and could be backed up with a hard wall of musical evidence. All the while S.E.A.S.O.N.S want to show that it is possible to add honesty and intelligence to music in ways that had perhaps not been explored before.

The interesting fact it took the band two years to work on this goes a long way to showing you that this is very much a long term thing and that keeping the whole project tight lipped has paid off. It seems that working without the pressure and expectation of getting something out as soon as possible to please people or make a name, has meant that what you are hearing is unique, honest and something that has seen a hundred different forms before arriving at the sound that is pulsing through your speakers.

With claims such as these being made it is also important to make sure that what you see when the band perform live can back up, or even exceed, what you hear through your headphones. After all, music is often at its best when it’s seen live. Despite being in the early stages of gigging they have already supported Hawthorne Heights, and if that wasn’t daunting enough it was S.E.A.S.O.N.S first hometown show, but if the reviews are anything to go by then what you are in the early stages of seeing is something that will, quite frankly, explode into something that will get people talking.

Their self-funded debut album “We Are One” is due for release soon, something I urge, beg and demand you pick up at the first opportunity; otherwise you will miss out on something big.