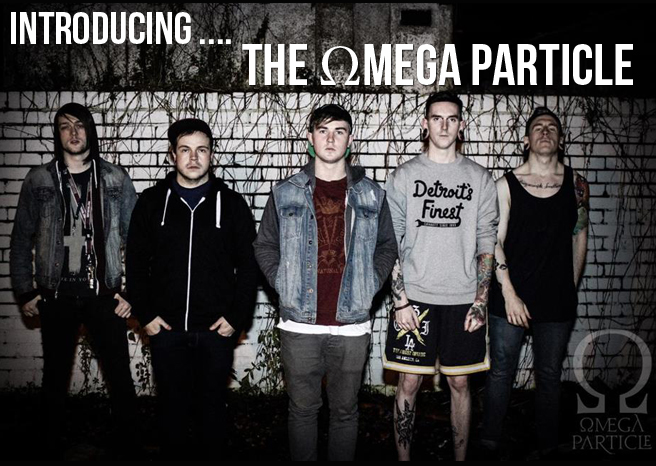 The Ωmega Particle are a band hailing from Manchester, UK with a bit of a spark about them, to say the least. This talented bunch formed in July of 2011, impressing many with their debut EP Cremation of Worlds and they’re back with a vocalist change, and new material.

Notorious for their whirlwind live presence, the lads bring a blend of metalcore to your ears so deathly brutal that you’ll be left spinning for days. This isn’t just a clever metaphor, never before has this applied so strongly to a new band. Never before have we been left speechless after the first three seconds of an EP. The Ωmega Particle deserve nothing less than the recognition they’re getting, and the hype surrounding them. With new material under their belts just waiting to be released, the anticipation is almost unbearable…but until then, you can listen to Cremation of  Worlds at www.OmegaParticle.com to get just a taster of what to expect….apparently there’s been a pretty radical sound change with the line-up change though, and we couldn’t be more excited to get our filthy paws on it.

We’ll be exclusively revealing the new video for The Book Of You on the 20th December, so make sure you check back here as it’s the ΩNLY place you’ll be able to find it!

Cheri Faulkner
21 year old girl, living in Leeds, drinking too much Irn Bru and writing too much, predominantly about music, though I dabble in film, lifestyle and wrestling too.