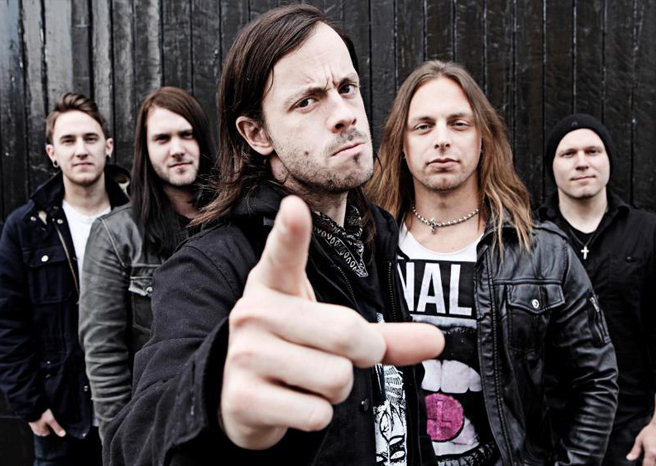 AxeWound  is one ‘super group’ that has appeared out of nowhere. Consisting of Matt Tuck from Bullet For My Valentine, Liam Cormier from Cancer Bats, Mikey Kingswood from Glamour Of The Kill, Joe Copcutt of Rise To Remain, and Jason Bowld of Pitchshifter, their latest relase – ‘Vultures’ – is a guaranteed 10 tracks worth of blissful destruction. We managed to catch up with their drummer, Jason Bowld, to have a talk about the album, and here’s what we had to say… 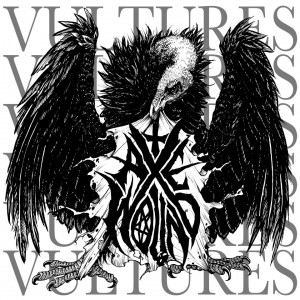 Team RAM: First thing, with Axewound being one of the latest supergroups, how does it feel to be part of the project?

Jason: Yeah, it feels awesome. It’s just been a bit of a crazy roller coaster ride really, y’know? It was just a small idea between Matt and myself and we got the other guys involved – Liam, Joe and Mike – and here we are in the middle of a UK tour that’s sold out with an album that’s in the top 40 chart, so it feels great!

Team RAM: Not only that, but we’ve heard the album was recorded in about two weeks?

Jason: Yeah, it was recorded with no real contrived thinking, y’know? Matt and I jammed on the music in 11 days and then Liam came over and between him and Matt, they recorded the vocals in four days and, er, it was just pure instincts, a rush of instincts – raw instincts and emotions really. So that’s what it’s about really, it’s just real and raw and it’s got a lot of variety on it too, that is quite unusual for a lot of metal albums as some of them sound all the same, y’know?

Team RAM: So what do you think sets Axewound away from most modern metal bands and super groups themselves?

Jason: I think that the fact we’re having so much fun with it and we don’t take ourselves too seriously, you can pick up on the fact that it’s so much fun when you listen to it. And also, like I said, the variety is different as most bands sound the same but we managed to get a load of metal sounds in each song so it just sounds so spot on. So, yeah. Axewound has a lot of depth *laughs*

Team RAM: Being part of a Super Group and being taken out of your original band, do you find your boundries to be pushed in getting a new sound?

Jason: Well, to be honest with you, I’m a bit of a free bird really – I drum for lots of people, and I’ve drummed for a couple of bands in the past, but Axewound is probably the best representation of my playing style I think, because it’s everything I loved doing since I was a kid – being on the drumkit – so from that point of view, it’s just awesome for me, it’s like a dream.

Team RAM: And with your album ‘Vultures’ getting some brilliant reviews at the moment, as well as a sold out tour, what else can we expect from you guys in the future?

Jason: Well, I’m pretty sure you can expect another Axewound album in the future, and I’m pretty sure we’re gonna be making some more appearances next year and we all want to continue with the band. Obviously, the problem is with schedules allowing that, with all the other guys in their own bands. But, y’know, we get on so well. And the secret to the band is that we’re like “Brothers on Tour”. Y’know, we want to pursue it because we’re passionate about it and we enjoy it, so Axewound lives!

Vultures is a brilliant album and one that stays true to metal and stays away from convention. If you want something new, raw and something completely original – then go and buy a copy. It’ll be a purchase you won’t regret.